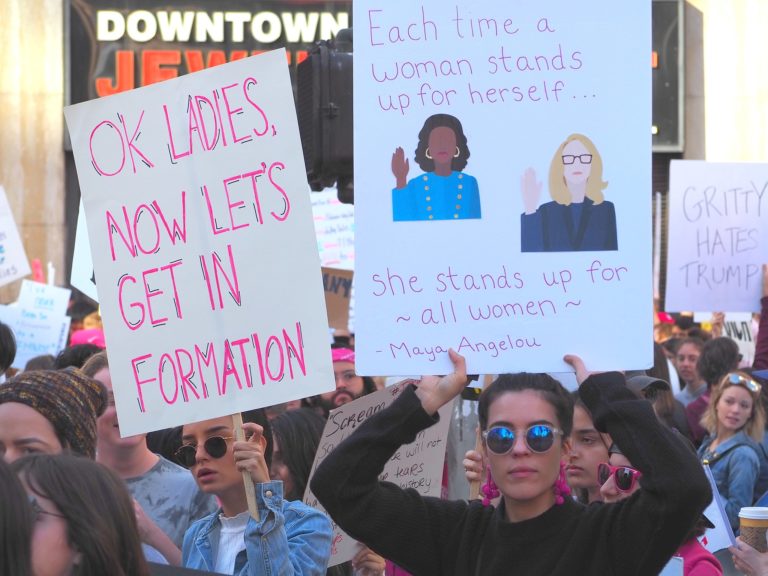 Annie Besant was born in Clapham, London and was a significant social campaigner and political force in the late 19th early 20thcentury.
Besant and her friend Charles Bradlaugh published a book on birth control, leading to their trial on charges of obscenity in 1877. She championed freedom for women and was deeply involved in the trade union movement, as a prominent supporter of the 1888 Bryant and May ‘match-girl strike’. Besant was also a noted anti-imperialism campaigner. She was a passionate supporter of both Indian and Irish self-government and in 1916 launched the Home Rule League in India. Besant became a member of the Indian National Congress and remained active in Indian politics until she died in 1933. Sophia Duleep Singh was born into an aristocratic background in Belgravia, as the goddaughter of Queen Victoria and the daughter of Maharaja Duleep Singh. On a visit to India in 1907, Duleep Singh witnessed widespread poverty and began on a gradual journey to supporting Indian self-government(in spite of her connections to the British monarchy). Between 1909 and 1914, Duleep Singh became involved with the Pankhursts and emerged as a key figure in early 20thcentury suffrage campaigns. Duleep Singh was involved with the Women’s Tax Resistance League and was present at what has become known as Black Friday in 1910, when suffragettes were attacked by the authorities outside Parliament. Duleep Singh promoted the suffrage campaign across various British colonies, including her father’s native India, where she was a considerable public figure. During World War One, she nursed some of the Indian troops fighting for the British Empire (1.3 million in total) and fought for these soldiers to have more respect and better treatment. Duleep Singh often went against her familial connections and upbringing in order to fight for the causes she championed. She died in 1948, having lived to see the passage of both the 1918 Representation of the People Act, which gave a limited group of women the vote, and the 1928 Equal Franchise Act, which finally gave women the vote on equal terms to men.

Born and raised in the north-west, Annie Kenny was one of the few working-class members to rise through the ranks of the Women’s Social and Political Union (the Suffragettes). After working in an Oldham cotton mill, Kenny befriended Christabel Pankhurst and soon became deeply involved in the WSPU. She, along with Christabel, interrupted a speech by Winston Churchill and other senior politicians, at Manchester’s Free Trade Hall in 1905, asking when suffrage would be extended to women and unfurling a banner. This disruption led to the pair being arrested and demonstrated the value that public protests and disruption could have for the campaign. In 1912, Kenny became the head of the WSPU in London, making her one of the most senior figures in the movement. Sylvia Pankhurst was one of the five children of Emmeline Pankhurst, the founder of the WSPU. Sylvia Pankhurst argued that suffrage should be extended to all women, not just upper-class women, which the movement technically campaigned for (they campaigned for female suffrage on the same terms as men, but at the time only upper-class men had the vote). Pankhurst pushed for the movement to adopt a more socialist agenda, leading to her expulsion. As a result, she founded the East London Federation of Suffragettes in 1913, to campaign on suffrage and issues affecting working-class women in the East End of London. Pankhurst also broke many social conventions and defied long-standing norms; her relationship with her mother broke down after she had a child outside of marriage, refused to marry the father and gave her child the Pankhurst surname. In addition, she was also passionate in her anti-fascist and anti-colonialist campaigns, spending much of her life in Ethiopia, where she eventually died in 1960.

Olive Morris
Born in Jamaica in 1952, Olive Morris became a notable political activist in the second half of the 20thcentury, focusing on race, feminism and the squatter’s rights movement. In the 1970s, she became a member of the British Black Panther Group and was later a founding member of the Brixton Black Women’s Group. After moving to Manchester to study at University, Morris became involved in the Manchester Black Women’s Cooperative and campaigned for the abolition of fees for overseas students. Morris died in 1979, aged just 27. Diane Abbott was first elected as MP for Hackney North and Stoke Newington in 1987. This made her the first black female MP, entering the House of Commons during the Thatcher years, at a time when New Right philosophies prevailed. Abbott has committed all of her political career to fighting for left-wing ideals, especially human rights and was first appointed to the Shadow Cabinet in 2010. In October 2016, Abbott became the Shadow Home Secretary, making her the first black woman to hold this office. Abbott has notably faced considerable hatred and criticism, receiving 45% of hate directed at MPs on Twitter during the 2017 election. However, she has refused to let trolling silence her and remains a prominent voice in the Labour Party and Parliament, only recently announcing her intention to step down from frontline politics.

The feature image shows the Women’s March in Los Angeles, USA. Several women holding signs and placards can be seen. One in the foreground reads, ‘Ok ladies, now let’s get in formation’. Another sign reads ‘”Each time a woman stands up for herself…she stands up for all women”-Maya Angelou’. The woman carrying this sign is wearing small, circular sunglasses and looks directly into the camera.
Photograph attribution: Luke Harold, used under the Creative Commons License

The first photograph is a portrait of Annie Besant. She wears a white dress and has her fair hair scraped back. She is wearing a string of dark beads around her neck and stares directly into the camera.
Photograph in the public domain

The third photograph is a close-up of Annie Kenny. It is in black and white. She wears a dark hat, with a dark coat and looks off to the side.
Photograph credit: The National Archives

The next photograph is a black and white portrait of Sylvia Pankhurst. She has her hands clasped in front of her and rests her chin on her arm. She is wearing a white shawl, on top of a black dress and looks off to the side.
Photograph in the public domain

The final image is of Diane Abbott MP and it is her official parliamentary photograph. Her black hair is in a bob and she wears black, square-framed glasses. Ms Abbott is wearing a grey jacket on top of a blue dress and a chunky necklace of white flowers. She smiles and looks directly into the camera.
Photograph credit: Chris McAndrew, used under the Creative Commons License

Unfortunately we were unable to source a free-to-use image of Olive Morris. However for more information, visit:
https://www.fawcettsociety.org.uk/blog/black-history-month-power-olive-morris