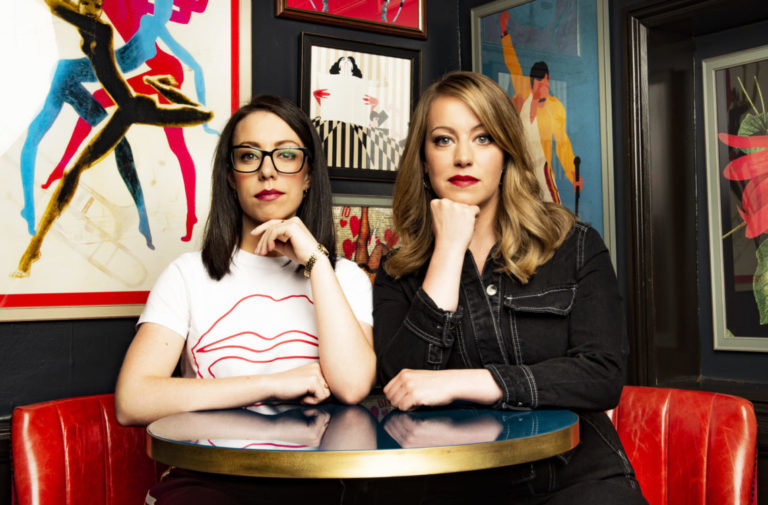 I had written a whole post about upcoming live shows for you to attend… and now of course understandably they’re now off. Instead here’s a few ideas for feminist things you can watch at home, some thoughts about how the coronavirus is affecting comedy and theatre, and a little bit of theatre news.

Things to watch and listen to at home

Evan Placey’s 2014 play Girls Like That follows a group of schoolgirls reacting as one of their peers has naked photos of themselves leaked online.
Emily Jenkins wrote Cookies about cyber bullying by the Theatre Royal Haymarket Masterclass charity.
Jayde Adams’ standup special Serious Black Jumper and Flo & Joan‘s Alive on Stage are both on Amazon Prime Video.
Iliza Shlesinger’s 5th standup special UnVeiled is on Netflix.
Comedian Jenny Eclair and co-host Judith Holder are recording special ‘self-isolation’ episodes for their podcast Older and Wider.

With thanks to WhatsOnStage for some of these. There are a heap of performers and venues creating things for online, so I’m sure I’ll have more to share with you in April.

The comedy and theatre industries

It’s obvious that the measures that have been put in to contain the coronavirus spread have affected the live events industry very badly. Theatres suddenly being dark, ticket income disappearing and freelance performers, crew and administrators completely out of work. However, I have been really impressed with the leadership shown by industry bodies such as UK Theatre / SOLT who are keeping on top of all developments, sharing information and lobbying the government, and Arts Council England who are being very clear with their advice to grantees.

I know that times are incredibly difficult and uncertain for many, and there are a lot of good causes that you can put your money towards, but if you’re able, please consider making a donation or buying vouchers from your local theatre or comedy club, seeking out paid content online or giving some money to one of these:

Fundraiser for the Outdoor Arts (I work in this sector and know how incredibly hard hit some other companies are – many relied on summer festival income which has now completely disappeared – N.B. just to mention, my company will not be applying for money from this fund.)
Performance artist Bryony Kimmings is pairing up artists with donors who can give £200 – £500 in an initiative called #GigAid.
The Turbine Theatre’s Funds for Freelancers.
NextUp comedy’s #hecklethevirus crowdfunder.

With all that’s happened since, this seems to hardly matter now, but I should mention that depressingly the Donmar Warehouse have announced they’ve cast a cis man in a trans woman’s part in Breakfast on Pluto, assuring the world that they’d looked really hard for a trans woman to play it but couldn’t find anyone. There are a couple of problems with this response which are pointed out well in Robin Craig’s piece here. Firstly, there are lots of trans actors who are great. Secondly, they didn’t have to produce the play now. They could have waited until they had the right cast. It has also meant that trans actor Kate O’Donnell (Artistic Director of Trans Creative, where I am on the board) has had to pull out of playing another character in the same show, which is rubbish for her career. I’m sure the cis actors in the piece would argue that good acting parts, particularly at such a well-regarded theatre, don’t come along often which is why they don’t want to drop out. But that’s true for Kate too. I honestly expected better from the Donmar.

I’ll be back next month with some more suggestions of good online content, and maybe we’ll see if The F-Word can review some of them too. Until then, take care of yourselves.

The feature image is of Flo & Joan and is courtesy of Avalon. It shows the two performers sitting at a cafe table with bright posters behind them in primary colours. They look directly at the camera, with their chins resting on opposite hands.