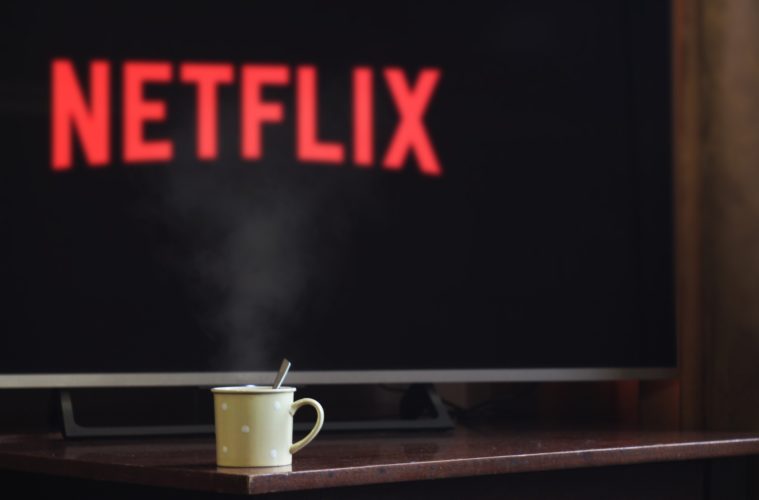 Cinema therapy in the time of Coronavirus

My sister is a nurse. Albeit in a private facility rather than on the A&E front lines, she’s one of the few people who still goes out to work every morning. Meanwhile, the majority of people, just like me, are locked inside the house, protecting ourselves and others from a threat that we can’t see but that is set to change our ways of life in the years to come.

My sister takes care of sick bodies, of respiratory tracts, making sure life-saving pills are administered correctly. And here I am, emptying out the fridge and attempting to recycle, often feeling useless that this is my only contribution to the current situation.

But when my social media aren’t addressing the current emergency, they are discussing the latest Netflix, Hulu, Amazon Prime and Disney+ releases and inventing new ways to keep sharing these moments with the loved ones. This lockdown has caused a major spike in streaming activity. Mental escapism is better than staring at the wall – no tough science needed there. But there is something deeper worth analysing here. Cinema therapy is the less-known cousin of art therapy, but a reliable resource nevertheless, most often suggested by therapists to help patients suffering from anxiety, depression and grief.

I just recently went through something similar myself. After a few days of lower mood and increased insecurity about the state of the world, I binge-watched the whole new season of Money Heist in a day. The following day I felt as happy and energised as I hadn’t since the start of the quarantine. Did watching nine hours straight of a tense heist thriller about underdogs locked inside a bank help me metabolise my own claustrophobia? Did the stress and anger that the show addresses, surrounding institutions like the government and the police, help me decompress my own feelings about our lack of agency as civilians?


Doctors are saving bodies, but the arts are saving the spirits of all those left at home. Our mental health and intellectual nourishment are just as important as the health of our body, though society still struggles to view them on the same level

After all, the concept of catharsis goes all the way back to ancient Greece. We create stories so we can make sense of our emotions. We want those stories to affect us. This becomes all the more important at a time when emotional stimuli are particularly limited.

Yet the filmmaking industry has been one of the most affected by the current crisis. As someone who only recently converted to working freelance full-time as script consultant and film crew, I am experiencing this first-hand. While most established names in the industry may have savings to fall back on, many of us lower-tier creatives have seen their source of income disappear, while the government took weeks to address the issues faced by self-employed personnel. While the fruits of the film industry are enjoyed by countless grateful citizens in lockdown, the people who made them happen are more overlooked than ever. It’s certainly possible that audiences are unaware of how complex the filmmaking industry is or that the true impact of the crisis will become clearer later in the year, when our usual TV appointments don’t resume due to the current delays and suspensions in productions.

This happens at a time when society’s bias against careers in the art-related fields is evident. People who excel in STEM fields are perceived as far more intelligent compared to people who excel in the arts. To top it all off, people of colour and white women are left behind regardless, as white men are generally perceived as the smartest category in both art and science.

So while clapping for the NHS is promoted as a lovely gesture of support for the medical staff, can it also be seen as yet another display of our idolisation of STEM subjects? Is it preventing us from making needed improvements?

Doctors are saving bodies, but the arts are saving the spirits of all those left at home. Our mental health and intellectual nourishment are just as important as the health of our body, though society still struggles to view them on the same level.

It’s hard to imagine what a post-coronavirus world may look like. We can hope that it brings about a certain balance in the value we attach to things and the aspects of life that we take for granted. This obviously includes not only the people in the arts industry, but hospitality and retail workers who have gotten the short end of the stick during this crisis, too.

Capitalism pushes all of us to be productive and busy so that those at the top of the chain can benefit. We’re used to perceiving entertainment as a superficial commodity, something that allows us to detach from the stress of our daily schedule. But now that we are globally experiencing the pain of social isolation, the accessibility of such entertainment acts as a therapeutic resource to prevent loneliness – or at least to diminish its impact on us.

The F Word team has put together a list of resources to refer to during this lockdown.

Images courtesy of Pexels.
Image description:
1. A modern TV displays the Netflix logo. In the foreground, we see a comforting cup of hot tea resting on the same table. The setting is very peaceful.
2. A blonde woman with her back to the camera looks at the Mona Lisa painting. The Mona Lisa wears a face masks similar to the ones recommended for Covid19 prevention.