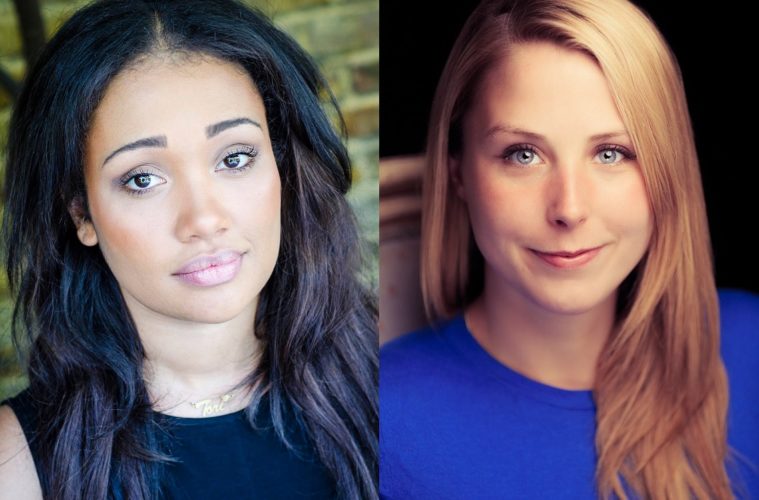 With plays by women writers still struggling to reach larger stages, writers Tori Allen-Martin and Sarah Henley have come together to launch Burn Bright. Burn Bright is an organisation that aims to support women writers with a variety of initiatives, initially through setting up a networking and mentorship hub and commissioning short plays. Excited to find out more about anything that will help change the pernicious inequality seen on the UK’s major stages, I ask co-founder Allen-Martin a few questions about the project over email.

Do you identify as feminists? And if so, what does feminism mean to you?
Of course! Feminism is quite simply about equality, and we will never stop shouting out about inequality. We can’t, we must never be complicit. We also think women are fucking badass, so anything that improves the playing field for women we are inevitably all about. I don’t understand people who say they aren’t feminists though; I hate how somehow feminist became a dirty word. I guess anything that challenges the status quo can be feared, and fear breeds contempt, but I just want to send people who say they don’t believe in it a dictionary … urgently! Definition: The advocacy of women’s rights on the grounds of the equality of the sexes. It’s that simple. Who wouldn’t be for that?

I don’t want to rake over the past and things you’ve already spoken about at length, so were there other influences on you as well as the situation regarding Tree and the Young Vic that led you to set up Burn Bright? Could you tell me about them?
That’s nice of you! We appreciate that! Thank you! I think quite simply what we were seeing around us – going to the theatre and not feeling represented or heard ourselves. I (Tori) definitely don’t see myself represented many places, as a mixed race woman in my early 30s, and when I do see myself, I’m the friend or the other woman or the work colleague. I don’t see my story told and so many stories – that are supposed to be mine – don’t represent me. And Sarah, as a white woman, a mother, mid-thirties – feels the same – it can’t be one size fits all.

There is a middle-class white version of womanhood that often gets presented to us and I don’t know how many people it actually represents. We don’t understand why more voices can’t be added to the mix – and why more people can’t be allowed to just tell their truth as it is. People relate to authenticity – even if a story isn’t exactly like yours but the heart and the sentiment and the struggle is so real and raw and honest – you relate to that, you feel that. We wanted to hear more of those voices and see less red tape, I guess.

We were sick of being offered a seat at the table only if we made our own food, brought our own chair and cleaned up afterwards. There are a lot of tick boxes that mean they’ll get you in the room so they can tick their box but they won’t be particularly forthcoming with actually elevating your career. We were just sick of that, sick of gatekeepers calling the shots. We’ve always danced to the beat of our own drum a bit and I guess we wanted to do that officially and take other people along for the ride. And ultimately, in terms of speaking out, that was about not wanting to be part of the problem – if we shut up, lay down and took it, we’d be part of the problem, not part of the solution. So we had to honour being the change that we want to see – as scary and as daunting as that felt at the time.

Burn Bright has been set up to “provide greater opportunities for writers who identify as women”. I was wondering how this project fits in with and follows the work that organisations such as Sphinx Theatre and Damsel Productions have done and are doing in this area? What makes Burn Bright unique?
Comparison is the thief of joy first of all, so we’d always be mindful on a question like this, and it’s kind of worrying that only two companies have been listed here, that says it all – when you think how many theatre companies exist! We’d never want to pit ourselves against other organisations doing vital work – the more of us the better. Every company will be unique because it’s run by a different set of people with different goals and visions. We focus primarily on writers and on offering support in various forms – from creative opportunities to one-to-one mentoring. Anything that gives a voice to more women is brilliant in our book and we respect the work both Sphinx Theatre and Damsel Productions are doing – and we’d hope in the future to collaborate with them. We’re still very new and are borne out of an amazing reaction of solidarity and support, so we are very much listening and willing to facilitate ventures that are positive for women-identifying writers in any way that we can.

Why did you choose the name Burn Bright? And are you worried at all you’ll get confused with Burn Bright Theatre?
No – that’s not something we thought about. They are a theatre company and we’re an organisation and it’s not something anyone has brought up before now – if it becomes an issue, we’ll worry about it then. But there’s plenty of room for lots of burning bright! Burn Bright is from Morgan Lloyd Malcolm’s play Emilia – it was very inspirational to us and to be honest kept us going in a very dark time – we don’t know that we’d have had the courage without it. Morgan was one of our first supporters, so we’re very grateful to her, and it was nice to give Emilia the nod, because I think a lot of women felt heard and validated and supported by that play – it gave a lot of women the strength to keep going and feels representative of the mood in the air – people aren’t going to lie down and take it anymore.

Which of your upcoming projects are you most excited about?
All of it. We just completed Better in Person, a live event, and we made a little bit of history, or herstory, as one of our amazing actors Cherrelle Skeete referred to it. Nothing had been created exactly in that format before [it was written to be performed over Zoom]. It was exciting and we’re excited for the next one but we’re excited for the future in general, because anything that can help level the playing field and make women writers feel heard and supported is amazing in our book. We’re really excited to be out of lockdown and having a drink and a hug with our amazing supporters that’s for sure. We can’t wait to host a live event so that we can create magic in the same room.

What do you hope for the future for Burn Bright and your own work?
I think to be heard and to help others feel heard, to help lead a change. We’d love to run a venue one day. We want to operate on our own terms as far as we can and not feel silenced.

And finally, is there anything I haven’t asked you about that you’re burning (no pun intended) to tell me?
Nope, all good on the burn! We’d just love people to check out our website and socials and stay in touch and get involved. Thank you!

The feature image is headshots of Tori Allen-Martin and Sarah Henley side by side.