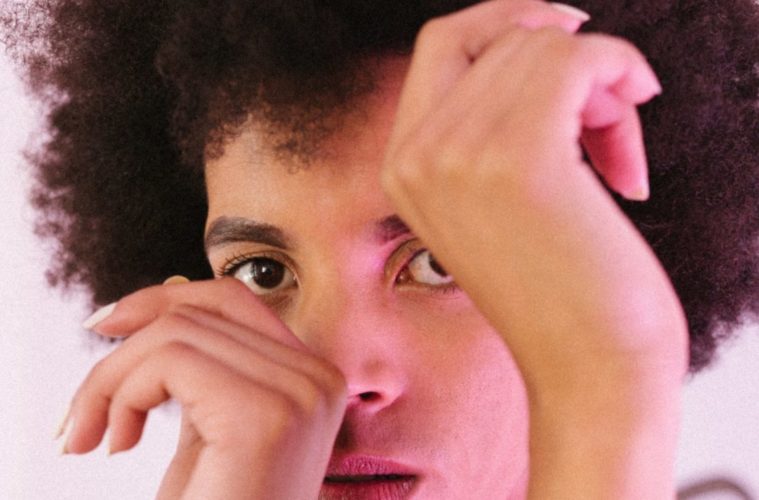 Disclaimer: As a straight, cisgender, black man, I cannot speak to the experiences of any queer or non-binary persons. But it is not enough to call myself an LBGTQ+ ally while refusing to confront the discourse that sustains some of the worst discriminatory beliefs about this community. For further conversation on some of these issues from a more personal perspective I would highly recommend checking out the YouTube channel of Natalie Wynn (aka Contrapoints).

Memes: the lifeblood of online culture. This much is true to those of us separated by virtual borders, so much so that their exact social prominence and importance is qualified by best-of-the-year lists from numerous publications, such as this one in Esquire magazine. The particular meme I wish to explore here originated in 2014, now ancient history by the internet’s standards. It featured a screenshot of a Google search result and the now infamous (although following a factcheck, erroneous) revelation: “Hello Kitty’s boyfriend, Dear Daniel, is also a little girl, not a cat”. Shockwaves rippled through the virtual waves of Twitter dot com; reactions were posted, and incredulous comments exchanged.

Out of the cacophony of responses (the kind that only a tweet this viral and simultaneously confusing could elicit) emerged a class of reactions that gave me pause. Hello Kitty’s boyfriend became, if but ephemerally, the mascot for he/him lesbians across the internet.

he/him lesbians … this ones for u i think https://t.co/eQQSYCKN0U

this is fake sadly

In that instant, a meme was born: welcomed with open arms to the pantheon of inexplicable yet well-loved comedy artefacts. The world of Twitter comedy grew ever more nebulous.

It is no secret that a significant part of the seemingly liberal population struggle to get to grips with the relationship between sex and sexuality. Consultation about proposed reforms to the 2004 Gender Recognition Act, which would make it easier for trans people to self-identify, was marred by opposition from trans-exclusionary radical feminists. Happily, a recent YouGov poll revealed that most women and almost 50% of men are in favour of trans people self-identifying. But the Government has again delayed publishing the results of the consultation, leading to fears that reforms will be kicked into the long grass.

Support for JK Rowling’s transphobic and trans-exclusionary comments online is a worrying example of this particular flavour of transphobia disguised as concern for women’s welfare. The following head scratching comment from Rowling is unfortunately but one voice in a sea of many:

If sex isn’t real, there’s no same-sex attraction. If sex isn’t real, the lived reality of women globally is erased. I know and love trans people, but erasing the concept of sex removes the ability of many to meaningfully discuss their lives. It isn’t hate to speak the truth.

But hers travels further than most. Rowling’s concern that erasing sex as a meaningful identity category would mean the simultaneous erasure of homosexuality is not just offensive; it is wrong. Without even touching on the distinction between sex and gender (I, unlike our friend JKR, respect you, the reader, too much to rehash this widely accepted fact), it is clear that something has gone very wrong with Rowling’s reasoning here.

In the immortal words of one Judith Butler in her 1991 essay ‘Imitation and Gender Insubordination’ (p.313):

To Butler, both gender conforming and non-conforming individuals are forced to conceptualise their gender and sexuality in accordance with one another (albeit to varying degrees). Due to a series of habitual performances (and sure, I’ll bite, the media), the idea of what it means to be a he/him lesbian, is not a mere supposition. That is to say, the social context of gender has both descriptive and prescriptive valence.

For many lesbians who use he/him pronouns, it is typically a consequence of the societal overemphasis on the relationship between femininity and female sexuality, resulting in their detachment from what we might consider ‘the female experience’.

Take Hello Kitty and her beau, for example. No amount of obsessing over genitalia or chromosomes is going to convince me that Hello Kitty is not drawn, very simply, as a girl cat. She imitates the gestures and social cues of a girl and so we accept her as such. Yet surely this can only be taken so far. Indeed, we’re inclined to say the same about Dear Daniel; if the spikey hair, bowtie and blue tuxedo weren’t enough clues for the casual observer, we might mistakenly confuse him for a boy. But, again, to do so would not just be offensive (sorry, Dear Daniel), but wrong. At least in this internet-constrained context, he is a girl –instead of dismissing this as another meme risible enough to remember but too absurd to take seriously. Let’s take he/him lesbianism seriously: what is it and what can it teach us?

For many lesbians who use he/him pronouns, it is typically a consequence of the societal overemphasis on the relationship between femininity and female heterosexuality, resulting in their detachment from what we might consider ‘the female experience’. To paraphrase Butler, gender is an imitation for which there is no original. Yet one of the ways in which womanhood is typically imitated is with relation to men, which includes, but is not limited to, sexual relationships. And so, in some lesbian relationships, one woman might find herself alienated from what society sees as a pivotal conception of womanhood. And out of this non-conformity, the he/him lesbian is born – a linguistic expression of how gender or gender deviance is performed to the world. Be under no illusion; this expression is not some invention to further mystify or confuse the general public. Language is supple and everchanging. As such, it would be inaccurate to present every he/him lesbian merely as a queer woman trying to pass as a man. Leslie Feinberg writes brilliantly on this in in Stone Butch Blues, but copies are difficult to come by; you can read about it here.

Indeed, life within the cold and clammy confines of the gender binary isn’t just resisted by those who challenge the classical understanding of the pronoun. He/him lesbianism was intriguing to me at first precisely because of its sonic contradiction; its dare-to-be-different approach to gender itself. Yet at the point where the Ben Shapiros and Jordan Petersons of the world would wail and bemoan the breakdown of society, I took a different path. He/him lesbianism is not an attempt to, in the words of JKR, erase the lived experiences of women globally. Though it looks like a foray into the unknown, it might just be the secret to unleashing full potential of gender expression.

In the black community (the community to which I belong) it is no secret that there is a fixation on the gestures and aesthetics of masculinity and femininity. Gender imitation here is a simulacrum of either the stoic, strong and sporty male figure, or the sexy and submissive, yet sassy, female sidekick. And while these archetypes differ from culture to culture, there is an undeniable and peculiar obsession with the behaviour of black men concerning how well they perform their masculinity and suppress their femininity. Most of us will know of the tragic death of Marsha P. Johnson, a black drag queen who is sometimes thought of as the cornerstone of Stonewall Rising of 1969. Almost 30 years later, the horrific attack on Iyanna Dior is an unnecessary reminder that the fate of transwomen is often a tragic one. While transwomen of colour are murdered at an alarmingly high rate, the fear and anxiety concerning their very existence is a comment on the fragile egos of the men who make their lives hell.

It is not enough to identify as a man; you must perfect the aesthetic; you must truncate any overt instinct to sensitivity; you must, in short, perform! But I wish for something different, something better.

On Twitter, the common meme format, “fellas, is it gay to [insert benign activity here]?” is, therefore, but a symptom of a more sinister culture of fragile masculinity. But what is this meme’s function exactly? What do memes tend to do generally? Indeed, what does a meme mean? I think that, to most people, its evolution has rendered it comedic. Yet, it is here and now, as we occupy the liminal space between accepting systemic injustices and pushing towards a brighter future, that treating memes as mere jokes does them a disservice. Because when the cynical commentator gestures to their audience and asks, in under 280 characters, “fellas, is this gay?” first and foremost, they are offering up a critique. Though in these cases it is not strictly limited to speculation about black male sexuality, I have found that it is here where it is both most potent and most necessary.

Seared into the recesses of my memory is the candid confession of one person on Twitter:

a guy ordering dessert on a date is a red flag for me. that’s a female thing to do fr.

For however unjustifiable it may sound, this admission confirmed a worry in me – that despite whatever perceived progress we might be making towards equality, it remains critically important for some to cling desperately onto the male-female binary right down to seemingly innocuous tastes and desires. It is not enough to identify as a man; you must perfect the aesthetic; you must truncate any overt instinct to sensitivity; you must, in short, perform! But I wish for something different, something better. I wish for the so-called gender deviance of he/him lesbians to be seen as powerful and iconic, not an aberration. At the very least, I wish for a world in which I can go a girl out for dinner with a woman, sans the trepidation attached to ordering a crème brûlée.

So, my prognosis? Freedom from these unrealistic standards, freedom from the cycles of ignorance and violence against transwomen of colour and freedom from the gender binary as some immutable yardstick from which all else is measured. This all begins with our critique of the systems that enforces these constraints. And if that critique comes in the form of Hello Kitty’s boyfriend who is, in fact, a girl, then so be it!

Photo by Retha Ferguson, used with permission, courtesy of Pexels.

This shows a man with an afro looking into the camera with his hands partially covering his face. He has long fingernails, painted white.