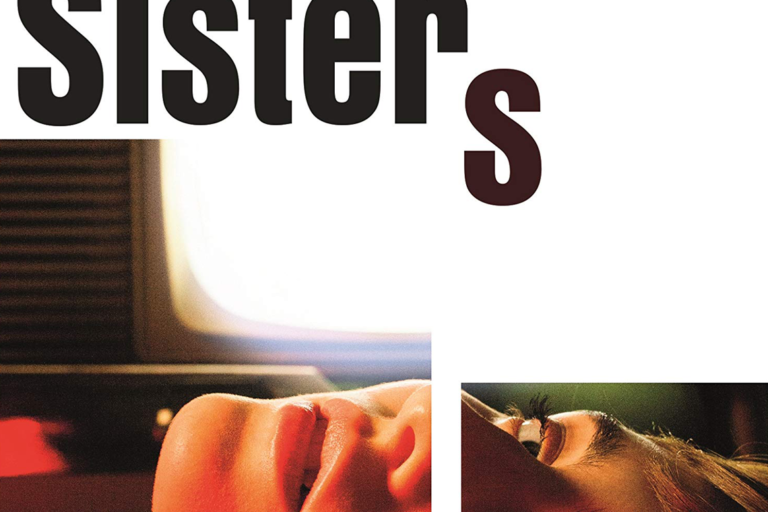 “She has always known that houses are bodies and that her body is a house in more ways than most.”

Daisy Johnson’s second novel is a thrilling read, highlighting once again her mastery of a modern gothic style. Sisters has already drawn wide praise and comparisons to writers such as Stephen King, Shirley Jackson and Daphne Du Maurier. There are definitely elements of all these literary giants in her uneasy story of a family of three, but she also has a distinctively personal voice. Her gothic tale is set against a very contemporary setting and it is some of these modern horrors that elicit the most discomfort.

Sheela and her two daughters, September and July, move from Oxford to a strange, inherited house by the coast in Yorkshire. The reasons for their move are clouded in a heavy silence that instils an anxious atmosphere from the novel’s beginning. This new house is dilapidated, rotting and incredibly isolated. Not only is it the quintessential gothic house, it also has no internet. Severed from the modern world, Settle House appears to come alive, eating and spewing ants, birds, carcasses and a number of horrors. Yet Johnson depicts their old life in Oxford as equally imbued with terrors. Sheela’s depression, September’s manipulation of July and the ostracization and bullying the girls face at school is deeply uncomfortable. The distinction between contemporary, realistic and supernatural blurs as the story unwinds, with everything, past and future, fact and fiction becoming increasingly clouded.

It is the relationship between July and September, sisters born only ten months apart, that dominates the narrative. This strange liminality in their relationship – not quite twins and yet so much closer than most siblings – allows Johnson to explore how they shift between oneness and cruelty, how they shut Sheela out and how they struggle to exist outside of each other. Again, Johnson defies any easy categorisation of this relationship. She pairs the bloody games of ‘September Says’, where July is forced to commit painful and humiliating acts, against softer images of the girls curled up on the sofa watching documentaries or fashioning home-made binoculars to watch the eclipse. Their togetherness extends even to physical experiences, with July convinced that when September ‘loses her virginity’, she does too. Their dependency on each other hints at a much darker trauma, which Johnson savours until the end of the novel, before delivering this revelation in a final, crippling blow.

The distinction between contemporary, realistic and supernatural blurs as the story unwinds, with everything, past and future, fact and fiction becoming increasingly clouded

The chapters featuring Sheela’s voice, however, are some of the most captivating. She offers us stark images of the girls’ development, playing together in white dresses, whispering secrets and refusing to befriend others. She is haunted by September’s occasional similarity to her father: the abusive ex whose violent presence stalks the pages. As readers, we instinctively shudder at the possibility of such damaging traits being transferred onto a young child. Yet September seems constantly unable to differentiate between hate and love, forcing July to both adore and despise her. The idea of inherited characteristics and a terrible fate worming itself into a house – into generations – allows a nightmarish quality to seep into the narrative.

Johnson’s previous book, Everything Under, explores predestination and curses in an equally disturbing tale that travels along the murky canals of Oxford. Although there is a less obvious debt to Greek tragedy in this novel, the entangled webs of family and fate remain a core theme. Unspoken traumas, both recent and long gone, are woven into the fabric of Settle House and develop with a genetic inescapability in September and July.

There is light and dark in all the relationships between the characters in Johnson’s novel. Her mastery comes in exploring how these relationships mutate and the joy and terror they produce. In Sisters, Sheela has happy memories where the family’s life in Oxford is warmed by cosy pubs, cobbled stones and the three of them hand-in-hand. At the same time, she is haunted by her depression and the casual violence of the sisters’ grim secondary school. In each chapter, there is potential for Settle House to become a home as much as a house of horrors, for July and September’s relationship to relax into an easier love and for the past to stay quietly buried. However, Johnson dances these possibilities just out of reach and we stay straining, like the sisters, to see the light in the dark and stare into the eclipse taking place.

Sisters is a book that can be easily finished in one sitting. Like the old house at the centre of the story, it wraps itself around the reader, compelling them to fall deeper and deeper into its web. While it may be an intense and quick read, it’s also a story that refuses to be forgotten. Long after you finish the final pages the characters and the mesmerising ending will stay with you. Like September and July playing hide and seek in the cavernous insides of the Settle House, Sisters will reverberate around your head for days to come.

Sisters by Daisy Johnson was published by Jonathan Cape on 13 August 2020.

Cover image of Sisters. This shows a woman’s face rotated 90 degrees clockwise, and the author name and book title.