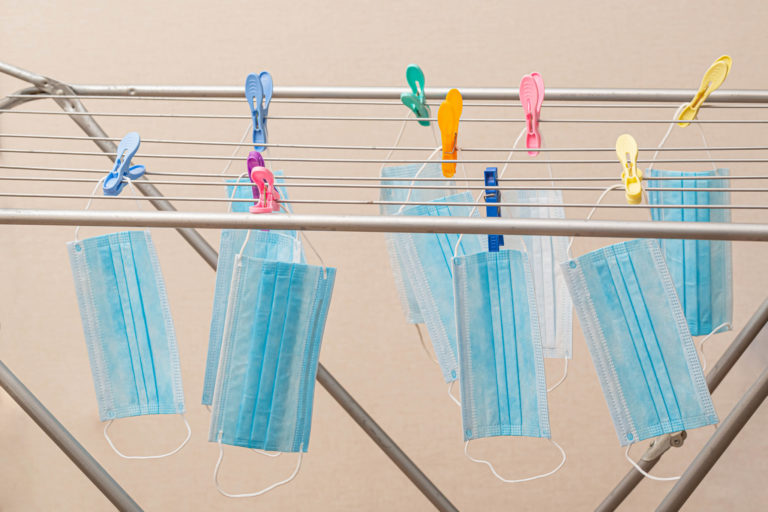 Josie Long speaks about violent online threats and sexism in comedy (British Comedy Guide)
From the article: “After winning the BBC New Comedy Award in 1999, aged 17, and supporting Stewart Lee on tour in 2005, Long recalled that there was resentment of her from the ‘coke-y men in suits’ who dominated UK comedy at the turn of the millennium, and the trolls ‘who saw it as great sport to be fucking grim and gross about me in particular’.”

The Layered Deceptions of Jessica Krug, the Black-Studies Professor Who Hid That She Is White (Lauren Michele Jackson, The New Yorker)

From the article: “But then there is another story that helps account for how someone who looks like Krug can blend in, so to speak: the story of how the lightest among us have a way of perpetuating their lightness over generations, prizing it as it is prized by the institutions they move within. This presents an odd paradox among the scholars presumably best poised to confront white supremacy from inside the university: all of this light skin is not incidental to how Black studies sees itself—to who is promoted, professionally and ideologically, within the field, and to who is extended, as Krug was extended, so much benefit of the doubt.”

Buying Myself Back: When does a model own her own image? (Emily Ratajkowski, The Cut)

From the article: “Since I began retraining as a psychologist, my thoughts on psychiatric diagnoses – and the power therein – have changed significantly. Studies suggest that diagnostic terms have little scientific validity and I have written about this widely. There is ongoing debate in the mental health field about whether medical-sounding labels contribute meaningfully to how we understand the complex causes of human distress and the kind of help we need. Diagnoses can be very helpful to some people and deeply oppressive for others. In my opinion, any term – including PMDD – that defines an aspect of our being as ‘disordered’ warrants discussion and interrogation.”

Woman with a weapon-camera: on the work of Sarah Maldoror (Yasmina Price, The New Inquiry)

From the article: “In her films, Maldoror pushed against the episodic tendency in certain revolutionary movements to both elide issues of gender in their programs for change and also give insufficient recognition to the always present participation of women. During an interview a few years ago, Maldoror made clear her stance that no war could be won without women. From her perspective, an anti-colonial war fought only in the formal military sense, by soldiers and not the whole population, was already lost. What has captivated me most about her films is how this redress in terms of the place of women also oriented her toward an attention to the forms of revolution embedded in the small acts of care and solidarity among the colonized. Her fictional films were made not about major historical figures but about everyday people. Maldoror’s practice of counterhistory and counterimaging was threefold: pointing to the already central role of women, upholding figures of Black culture who received insufficient recognition, and pushing back against institutionalized narratives that singularized struggle, to make it clear that historical change will always be made by those who are likely to remain anonymous.”

JK Rowling’s latest book is about a murderous cis man who dresses as a woman to kill his victims (Reiss Smith, Pink News)
CN: transphobia

From the article: “Trans journalist Katelyn Burns reviewed the passage for them in 2018, writing: ‘It’s an entirely common though insulting trope about trans women – that they are aggressive and unable to overcome their masculine nature, not to mention villainous – that has become all too common from cisgender authors with only a passing knowledge of trans people.'”

Take the boy on the anti-female website, and watch him grow into an adult misognynist (Sonia Sodha, Guardian)

From the article: “…there is another link between extreme misogyny and other forms of terrorism that [Laura] Bates exposes [in her book Men Who Hate Women]: the ways in which boys and young men are radicalised into these extremist ideologies. The grooming techniques are identical: pushing initially relatively mild misogynist memes and humour on to vulnerable teenagers with low self-esteem on platforms such as YouTube, Instagram and bodybuilding websites, which then leads to darker and more violent stuff. The platforms are complicit: Bates describes how YouTube’s content-pushing algorithm takes someone searching ‘what is feminism?’ to an interview with Milo Yiannopoulos decrying feminism as ‘primarily about man-hating’ and spreading a ‘constant message that men are evil’ via just one other video.”

From the article: “Trans men need to be able to access career support without having to suppress their male identities, which requires us to expand our language around initiatives designed to uplift marginalized genders.”

From the article: “Watching the series, I was unable to ignore one central question: Why should we give a damn about the emotional life of a racist, sexist white woman?

Ousted from her own podcast! (Chortle)

From the article: “After 3 series, having built the podcast with them and having never had a bad note from them, out of nowhere David and Joe decided to kick me out via their agents, saying I lacked the experience needed and ‘this opportunity has come a little too soon for her.’”

From the article: “Expectations about disabled people are honed through tropes and stereotypes: we get to be brave sufferers, inspirational, pitiful, eternal children in need of care, or a burden to some loved one who is portrayed as long-suffering. […] But love and attraction are deemed beyond us. As for sexuality – sexuality is power and independence. There’s no story in which we’re afforded these traits – the princess is supposed to get the prince, not the witch leaning on her stick.”

From the article: “She ends the piece on a high note: ‘Eventually, Jonathan will run out of “unseen” crusty Polaroids, but I will remain as the real Emily; the Emily who owns the high-art Emily, and the one who wrote this essay, too. She will continue to carve out control where she can find it.’ It’s curiously optimistic given the horrors she’s just described, and unsettlingly detached. Maybe it’s meant to transmit female resilience, but to me it registered as the same benign argumentation you might see on her Instagram, where she supposedly subverts the toxicity of misogyny by embracing it herself. They feel like different contingents of the same choice-feminist doctrine that says any choice a woman makes is inherently feminist, and any criticism of those choices is therefore anti-feminist. As we’ve witnessed with the fall of the girlboss, it’s not a belief system that scales.”

A tighter vagina is not a better vagina (Jem Zyk, She Thinx)

From the article: “The point of the toxic myth of the tight vagina is to tell people with vaginas how to value their bodies (and to keep prioritizing men’s pleasure over women’s health). The truth is: neither your hymen, nor your vagina’s grip strength, nor your ability to hold your bladder, nor your decision to partake in or abstain from sexual activity has anything to do with your worth as a person.”

Under cover of coronavirus, the Tory government is bulldozing basic liberties (John Harris, The Guardian)

From the article: “Amid the polarised din of social media, worry about the rise of Covid authoritarianism might blur into the nonsense peddled by conspiracy theorists and anti-vaxxers. But rising concerns about power, the state and people’s basic rights clearly belong in the mainstream…”

“…[T]he Covid-19 crisis has given rise to an awful imbalance: the state increasing its power to sow mistrust and punish, while failing on the more nurturing and protective responsibilities that are a much better answer to the pandemic. The police have endless new powers, but it has taken more than six months for the government to offer half-decent financial help to poorer people who have to self-isolate. As lockdown spreads, the testing fiasco only seems to get worse. Give people practical help and clear guides for action and they are likely to do what’s required; hit them with rules that are often impossible to understand while threatening them with fines and encouraging them to snitch, and many will recoil. Put another way, if you combine incompetence and omnipotence, disaster is inevitable.”

The image is used under a creative commons license with thanks to Marco Verch . The image was originally found on Flickr. It shows a number of face masks on a washing line held in place by colourful pegs.