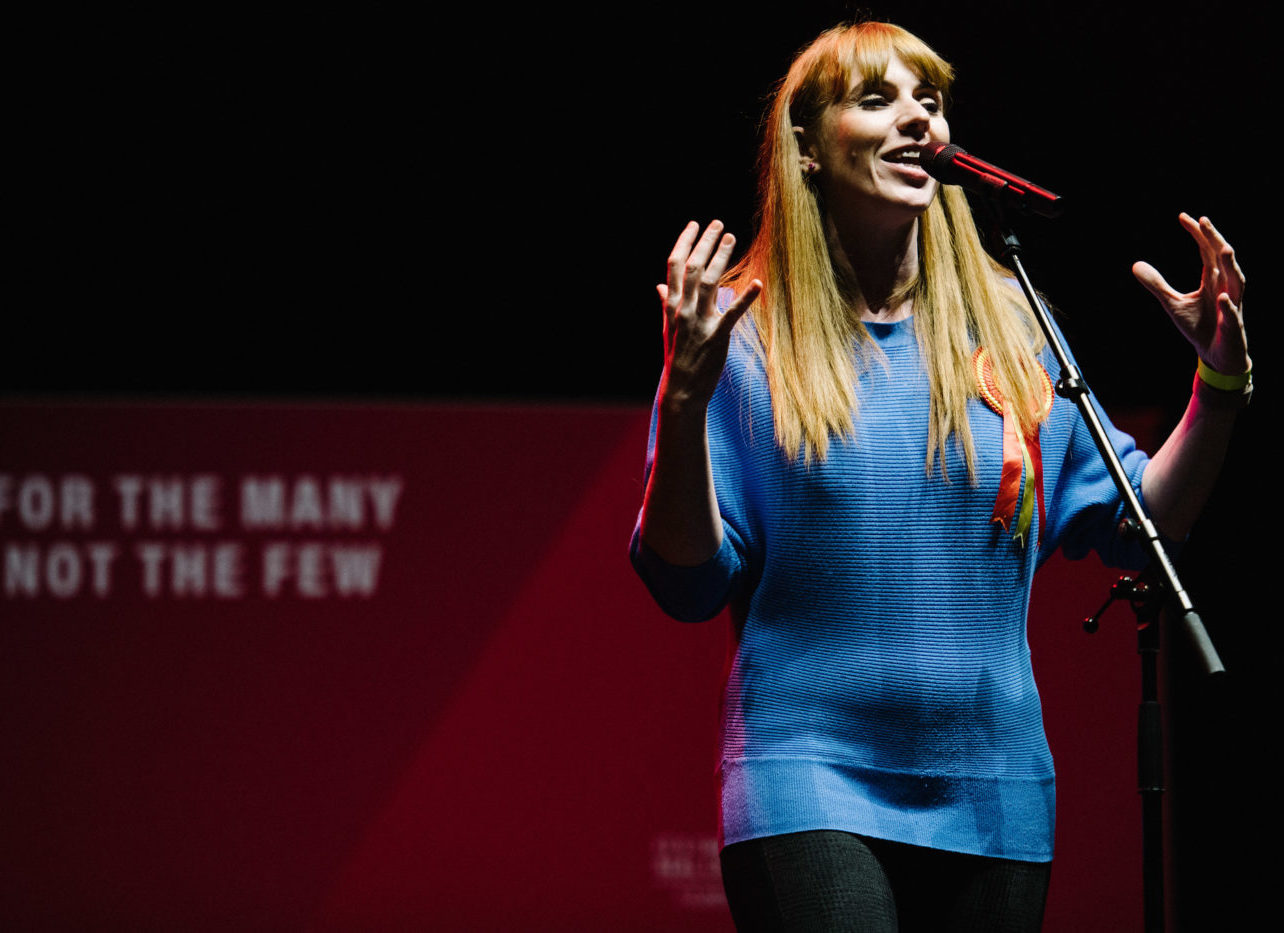 Gabrielle Pickard-Whitehead explains why the deputy leader of the Labour Party and her pronounced Northern accent gives us hope that the “pale, male and stale” political class is crumbling

These are just some of the insults and abuse women MPs are subjected to in the House of Commons on account of their Northern accents. The northern accent has long been subjected to contempt and marginalisation in general, but when a woman gets up to speak with an accent, misogyny and classist perceptions intersect. Northern women, like deputy Labour Party leader Angela Rayner, are discredited, mocked and disadvantaged because of the way they sound.

The treatment of MPs with strong Northern accents is not an isolated trend. Studies show that typically broad regional accents can be a barrier to social mobility. Accents with strong regional dialects are generally less ‘respected’ compared to so-called ‘Queen’s English’, also known as ‘BBC English’ or ‘Oxford English’, associated with more privileged areas in southern England. Furthermore, accents with strong historical working-class links such as the Manchester ‘Mancunian’ accent are often stigmatised, acting as a barrier and leading to unfair judgement regarding intelligence and competence. Whilst the focus here is on northern accents, it must be noted also that women MP’s with any kind of pronounced regional twang that differentiates their speech from the ‘Queen’s English’- not just northern – face a similar problem, underlining how widespread this problem is.

A recent study highlighted the stigmatisation of the Mancunian accent, in particular, as well as the perceived link between the accent and intellectual competence. Dr Alex Baratta, a linguist at the University of Manchester, found that teachers in Manchester felt under pressure to drop their Mancunian accents when around students. By altering their speech, teachers hoped to be able to delineate a hierarchy between themselves and their students, in order to inspire trust in their own intelligence and abilities. Baratta reported that teachers felt as though they were “selling out”, by neglecting their regional twang in front of their students, yet it often seemed like a necessity to them.

The situation in Parliament serves to highlight the discrimination the northern accent – and of course a number of other regional accents – face, especially when held by women. Just 34% of MPs are women, making women with strong regional and northern accents a very small minority. Pat Glass, former Labour MP for Durham, has previously highlighted the classism and sexism endemic within Parliament, saying that women MPs were mocked for their northern accents in the House of Commons. “If [the men] spot a northern accent, they start shouting about it to put you off,” she said. Cis-men clearly still dominate the political spectre in Britain, an environment condemned for being “male, pale and stale” and over-representative of the more privileged social classes.

Reacting to regional and chauvinist bias in the House of Commons, former Speaker John Bercow said there is a real risk the House culture alienates the public.  The perception of the House, according to Bercow, was a “testosterone fuelled [place] of ‘yobbery’ and public school ‘twittishness’”, adding that this might be the reason why “some very good female members of Parliament on both sides” are leaving.

A poll commissioned by Women’s Hour in 2018 confirms Bercow’s concerns about the male chauvinistic culture of Parliament alienating the public. A staggering 90% of the women polled saying they would not formally get involved in public life. The principle obstacle the respondents cited was “imposter syndrome”: a fear of not being good enough.

But when a woman with a broad Mancunian accent like Angela Rayner strides into the House of Commons’ Chamber to come head-to-head with Boris Johnson, we can be permitted to hope that the “male, pale and stale” political class is, at last, crumbling.

Standing in at Prime Minister’s Questions for Labour leader Keir Starmer, Rayner seemed undaunted as she quizzed the Prime Minister on the most pressing issues. Asking him if he knew the hourly wage of a care worker and why he favoured restoring grouse shooting over fixing the country’s broken Covid-19 testing system, Rayner drew on her background and local community. “The prime minister once earned (an average of) £2,300 an hour (as a columnist at the Daily Telegraph). So can the Prime Minister tell us what is the average hourly rate of a care worker in this country?” Rayner asked. At a time when alienation with politics is widespread, Rayner, her Mancunian accent and her relevant, intense questioning gave ordinary Britons representation in the House of Commons.

If anyone is ‘qualified’ to quiz Johnson about the unfairness of pay amongst care workers, it’s Angela Rayner. She was employed as a care worker for a number of years in Stockport, Greater Manchester, the area she grew up in. Unlike the Prime Minister, Rayner didn’t attend Eton College or study at an elite university. By contrast, the new Labour deputy boasts an inspiring “teenage-mum-to-union-boss-to-Labour-deputy-leader” story. The 40-year-old was raised on a council estate by her single mum, who couldn’t read or write and struggled with depression. Rayner then left school at 16, pregnant without any qualifications.

Showing the fortitude that would later fuel her political career, Rayner studied part-time at college and went on to get a job as one of the youngest home helps in Stockport. She later became a trade union representative, rising to become Unison’s most senior official in the north-west.

In 2015 Rayner made history by becoming the first ever women elected as an MP for Ashton-under-Lyne. Her northern accent is a badge of this inspiring story, one which she carries with her every time she speaks in Parliament. Rayner has admitted in interviews that she had spent her life as the “underdog”, facing hurdles that many of her Parliamentary colleagues could never imagine.

Following her election success in 2015, Rayner went on to serve several notable positions in Jeremy Corbyn’s shadow cabinet before announcing her campaign for the Party’s deputy leadership in the aftermath of the 2019 general election. Rayner promised to “make the case for everyday socialism rooted in people’s lives.” Her campaign pledges included fighting for more funding for the NHS and social care, along with the creation of a “National Education Service”. Investing in green jobs, backing new council housing and social security and nationalising utilities were other key promises of Rayner’s deputy leadership campaign.

Rayner won the deputy leadership race by a significant majority, beating the other four candidates in securing 52.6% of the vote. Rayner’s success in the race for deputy leadership has been partially attributed to her working class background and varied life experiences, which obviously resonated with and inspired a socially diverse Labour membership. This is hopefully proof that politicians do not need ‘polished,’ southern accents in order to be successful. Rayner’s triumph nationally proves that the Northern accent is making advances as the prejudicial stereotypes attached to it begin to fade.

Described as a “feminist with a capital F”, Rayner’s commitment to promoting equality is clear as she finds her feet as Labour’s new deputy leader. When elected deputy, Starmer awarded her three key appointed positions – his parliamentary deputy as Shadow First Secretary of State, Party Chair, and national campaign coordinator. Armed with a raft of new powers, Rayner has been described as “Labour’s most powerful deputy since John Prescott”. The Stockport born and bred MP is using this power to improve lives. From speaking up for care workers in the House of Commons, to highlighting deficiencies in the Covid-19 testing system, Angela Rayner has already made a significant impact.

Rayner’s importance stems in part from her very presence in the Commons as a strong feminist with a broad northern accent, who has a genuine and impassioned determination to improve the lives of the disadvantaged. Angela Rayner serves as hope that British democracy will become more representative and that the inequality that is rife in the country will be stamped out for good.

The feature image shows Angela Rayner making a speech at a Labour Party event. She stands in a dark room, in front of a backdrop reading ‘For the many, not the few’. She wears a blue jumper and gestures with her hands.
Photograph by Jeremy Corbyn

The first image is of parliament at night, taken from across the River Thames.
Photograph by Michael Levine-Clark

The next image shows Angela Rayner, stood behind a microphone, making a speech. She wears a black and pink top and has glasses on her head.
Photograph by UNISON

The final image shows Angela Rayner at a march. She wears a pink coat and looks off to the side. Either side of her, there are two men, who smile as they walk through the streets.
Photography by UNISON