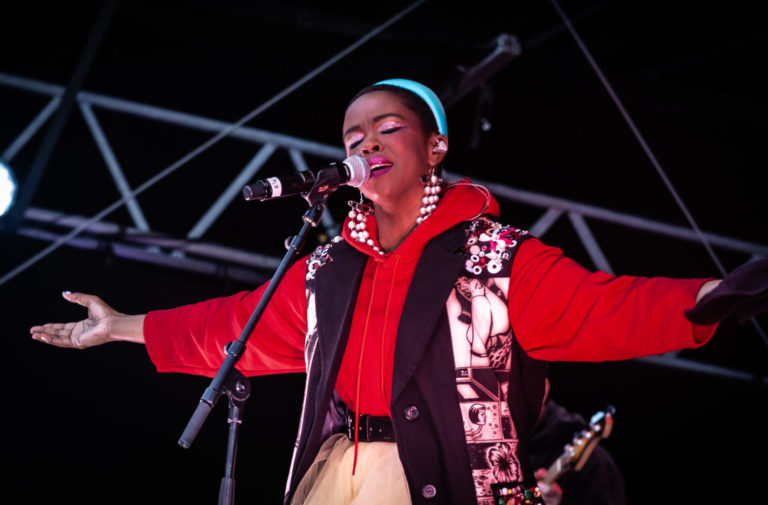 My education from Lauryn Hill

As a child, I loved Lauryn Hill. I loved her clothes and confidence. I loved her dark skin and big afro hair. I loved how in her music videos she looked into the camera like she was having a conversation with you. To me, she was one of a kind.

Hill’s debut, The Miseducation of Lauryn Hill (1998), is transcendent. The undeniable truth. Her album became everyone else’s muse. Remember how rare it was for black women to sing about relationship dynamics with depth and self-awareness? The album sounded like a woman’s soul ripped onto a CD. Each song felt like an older sister telling you what the world is like and I’ve carried it with me throughout my life.

The Miseducation of Lauryn Hill is like a musical re-education on the culture. Funk, hip-hop, gospel, soul, pop, blues, it’s all there. Hill uses her blending of music to talk to us, condemning childish men and gossiping women, while showing us the direction we should be going in

‘Ex-Factor’ is my go-to track when I need to empathise with myself. When I feel my expectations of a relationship get too high that it’s like I’m breaking my own heart. The song reminds me to forgive myself when I pin too many hopes on one person and of how easy it is to get caught up.

I also love this song because of The Wu-Tang Clan and Gladys Knight samples. It’s a goldmine of great musicality. She would blend what she knew into something unique and authentic. The ingenuity of the track mixed with the honest expression of the lyrics is classic Lauryn.

And doesn’t ‘I Used to Love Him’ just emancipate your soul? The first time I really listened to it I was pining for this guy whose cockiness I naively mistook for confidence. In the song, I saw what I had done to myself. It was groundbreaking for me to hear Hill and Mary J Blige reconcile their experiences with God. The song discusses being sucked into an unhealthy relationship, falling into traps made of passion.

I used to love him but now I don’t.
I chose a road of passion and pain.
Sacrificed too much and waited in vain.
Gave up my power and ceased to be a queen.

Then the two artists take back power, by acknowledging that the pain of separation was part of God’s plan. God save them from a man they didn’t need. “Father you saved me and showed me that life/was much more than being some foolish man’s wife”. ‘I Used To Love Him’ helped me learn how to be gracefully heartbroken.

But ‘Doo-Wop (That Thing)’ was the first song I heard from the album and it’s my favourite. It taught me to want better for myself. I remember some guy trying to chat me up, reassuring me that he would be the best dick I ever had. I was 14. A good friend of mine had a monster crush on him. When I told her that he was bad news, she was devastated. To comfort her, I quoted ‘Doo Wop’: “Baby girl, respect is just a minimum/Niggas fucked up and you still defending ‘em”. I told her that maybe we both deserved better, although I didn’t actually believe that we did. But I’d heard Hill sing it so convincingly. ‘Doo Wop’ moves between a serious talk and an encouraging refrain, through the combination of 1950s doo-wop over a hip-hop beat. The simple piano chords emphasise the message. The bass guitar adds this sturdy foundation and depth that makes the song sound older and wiser. The music tells the story perfectly before you begin with the wonderfully crafted lyrics. Looking back, it was so rare to see a dark-skinned woman in the mainstream music industry in the 1990s. Among the Mariahs and the Aaliyahs (who were also beautiful and talented), Lauryn Hill was like a black diamond. Darker in theme, skin-tone and influences. Her rawness was new to R&B. I can’t imagine black culture evolving the same way without Lauryn. Beyoncé, Missy Elliott, and Janelle Monáe have all referred to Hill’s influence. Lauryn Hill’s songs have been sampled many times by rappers such as Drake and JAY Z. Kanye West even laments that Lauryn Hill doesn’t make music anymore in his song ‘Champion’. Miseducation is Adele’s favourite album and Kehlani has a massive tattoo of Lauryn’s face on her arm.

The Miseducation of Lauryn Hill is like a musical re-education on the culture. Funk, hip-hop, gospel, soul, pop, blues, it’s all there. Hill uses her blending of music to talk to us, condemning childish men and gossiping women, while showing us the direction we should be going in. She saw all the things I saw and she was disappointed with the same things I was: the saving-face, the lack of forgiveness and the hidden vulnerabilities in our community. She read us for dirt but she did it with love. She dared all of us to be better.

So I want to thank Lauryn for speaking her truth. We owe it to her to do the same. Go ahead and listen to the album, if you haven’t already. Above all else it made me feel seen and I hope it does the same for you.

And yes, I was listening to the album as I wrote this.