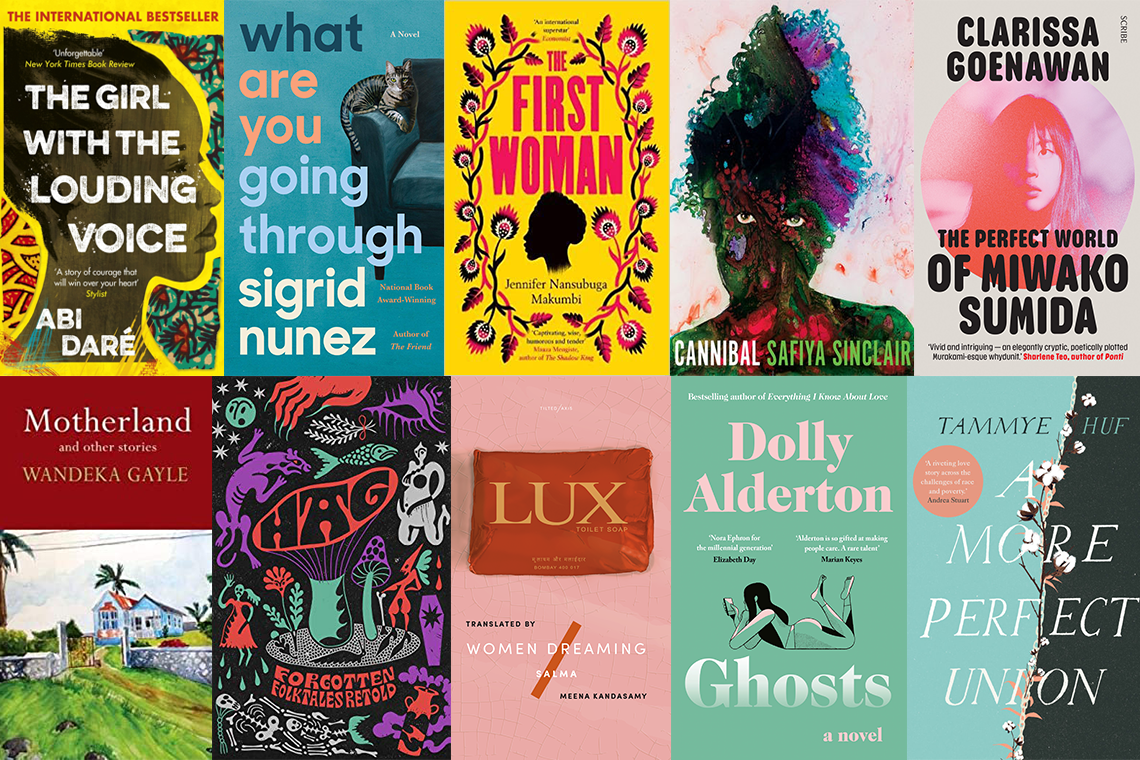 The Girl with the Louding Voice by Abi Daré (1 October, Sceptre)

Daré’s exuberant, moving debut revolves around Adunni; a Nigerian girl regarded as property at the age of fourteen, yet determined to find her ‘louding voice’ and live a life that she controls.

What Are You Going Through by Sigrid Nunez (1 October, Virago)

From National Book Award winner and bestselling author of The Friend, What Are You Going Through is an extraordinary tale of a friendship put to the greatest test: to witness, unflinching, its end. Nunez’s new novel is a portrait of the way we live now, in a world endlessly troubled by crises and the dramatically changing nature of human relationships in our time.

Jennifer Makumbi has written a sweeping tale of longing and rebellion, at once epic and deeply personal, steeped in an intoxicating mix of ancient Ugandan folklore and modern feminism, that will linger in the memory long after the final page.

Colliding with and confronting Shakespeare’s The Tempest and postcolonial identity, the poems in Safiya Sinclair’s Cannibal beautifully evoke the poet’s Jamaican childhood and reach beyond to explore history, race relations in America, womanhood, otherness and exile.

A bewitching novel set in contemporary Japan about the mysterious suicide of a young woman, from the winner of the 2015 Bath Novel Award.

Motherland and Other Stories is a collection of short stories from an exciting new voice that explores the experiences of Afro-Caribbean immigrants in America and England. Thematically connected, the stories focus on the unstable notion of “home,” double consciousness, shared cultural memory and trauma.

From panthers to pixies, Hag is a collection of forgotten British and Irish folk tales, spellbindingly reimagined by some of the most exciting women authors of our day, including Daisy Johnson, Kirsty Logan, Liv Little, Irenosen Okojie and more.

Salma’s storytelling – crystalline in its simplicity, patient in its unravelling – enters the interior world of women in a tiny Muslim village in Tamil Nadu, held together by love, demarcated by religion, comforted by the courage in dreaming of better futures. Translated from Tamil by Meena Kandasamy.

Dolly Alderton’s much-anticipated debut novel is funny, tender and painfully relatable, filled with whip-smart observations about relationships and the way we live today.

A forbidden relationship. A love affair forged in secrecy. A couple facing betrayal at every turn… Based on the true story of the author’s great-great-grandparents, and brilliantly reimagined, this is an epic tale of love and courage, desperation and determination.

All titles will be available to purchase at your local independent bookshop!

The image shows the book covers in the order they appear in the list. Clockwise from top left: 1) The face of a black woman in profile against a yellow background, 2) A grey, striped cat sat on the arm of a blue sofa against a blue background, 3) The silhouette of a black woman’s face in profile against a yellow background, 4) The shape of a black woman’s face with only her eyes visible, spattered with water colours, 5) A photograph of a Japanese woman inside a pink-hued circle, 6) A painting of a blue house at the end of a green driveway with a stone wall, 7) The image of a wild mushroom in neon colours surrounded by mythical creatures, fish and skeletons, 8) A bar of toilet soap wrapped in red foil with the word ‘Lux’ in capital letters on it against a cracked pale pink background, 9) An illustration of a woman lying down and texting on a pale green background, 10) A background split down the middle, half pale blue, half black with a line of flowers blooming in between.