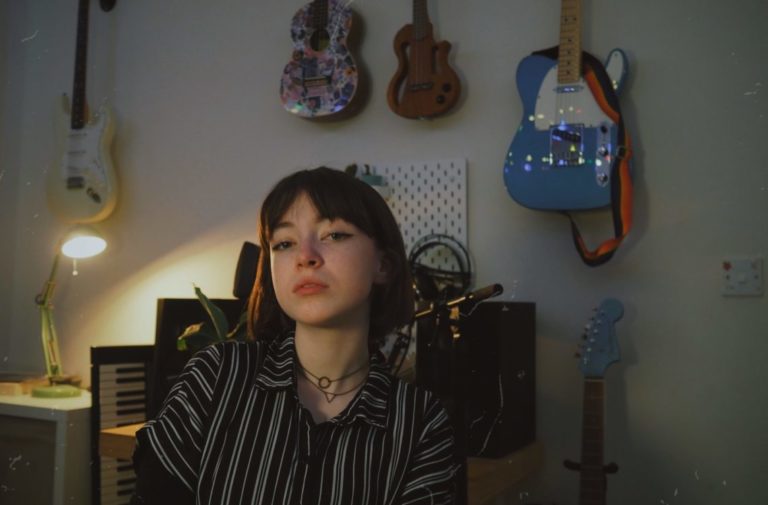 Every so often, my YouTube recommended feed spits out a real gem of music. YouTube introduced me to Japanese City Pop, mash-ups of Britney Spears and Kanye West, and ska covers of childhood favourites. A few months back, the algorithm struck again and showed me Patricia Lalor’s cover of ‘My Kind of Woman’. This video has since gained over one million views. While Lalor is still a teenager, she sings with the maturity of someone older.

In her new EP, Covers EP1, she further explores her musical heroes, with melancholy and intimacy. Her style is classically bedroom DIY pop, favouring stripped back guitars and breathy vocals. The project feels apt for the isolated Covid times, hauntingly sad.

First is the cover of The Marías’s ‘I Don’t Know You’. While the original is disco-inflected and funky, the bare-bones production emphasises the sadness of the track. Next is ‘Present Tense’, originally from the acclaimed Radiohead album, A Moon Shaped Pool. While it is risky to go for a Radiohead song – ‘Creep’ is almost an anthem for sad white boys everywhere – Lalor’s voice suits it. Like Thom Yorke, Lalor croons at the beginning of the song, confidently overlaying vocals. It’s understated and confident. Impressive considering that Lalor is 15-years-old.

Then there is the remastered version of ‘My Kind of Woman’ by Mac DeMarco. The song would suit an indie coming-of-age film, like Juno (2007). It’s warm, tender and very sincere. Finally, there is the cover of ‘Change’ by Alex G. I had never heard of this song before, which speaks to Lalor’s love of music. The song is quintessential bedroom pop, mourning the process of growing up and Lalor’s harmonies throughout the song are genuinely lovely.

Look. This EP is not for everyone. It is melancholic and stripped back, and that could annoy some people. Lalor’s breathy vocals are reminiscent of Billie Eilish mixed with a Clairo vibe, similar to a lot of young artists coming up at the moment. The EP is perfectly fine and charming, but it does fix Lalor in this time and place.

It’s interesting to see smaller musicians use YouTube to create work. Equally, music lovers get to find new pockets of music to obsess over. Giant record companies tend to dominate the site, appearing frequently in the trending page, but they are not representative. Most of the music on the site is lost classics, albums from different countries or teenagers in their bedrooms. Lalor’s covers harken back to the DIY aesthetic of early YouTube when all someone needed was a low-resolution camera and a talent. It’s incredibly charming.