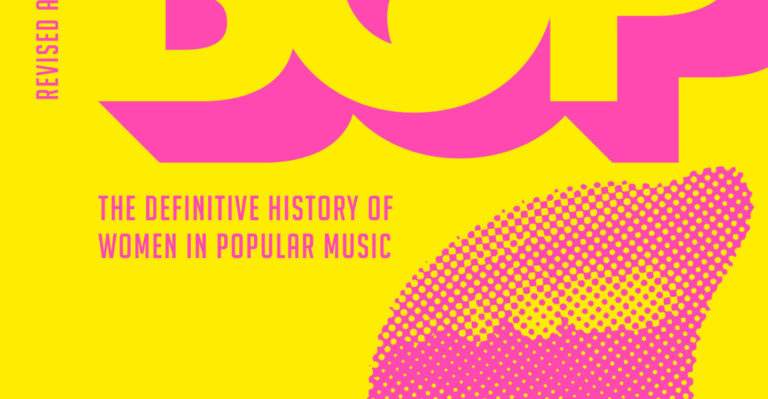 The future of music lies with trans and non-binary people

What was your journey into writing about women in music?

It all started for me really during punk. I was growing up in Southampton, a small town on the south coast, not much going on and punk was our perfect storm. I was in an all girl band, I was in sixth form of convent school and we called ourselves the Catholic Girls. It was fun! I was also interested in writing and getting into journalism so I just combined all those interests I think.

Then, when I went to Leeds, I was writing for Leeds Student and became music editor there and that was just after Gang of Four and Delta 5, some of those big post-punk bands who’d emerged out of the Leeds fine art department, it was a really great time to be there. And also Leeds Poly had Soft Cell and Mark Almond. It was just a fantastic time for music, a really great time to be there. Feminism in Leeds was very radical and I think part of the reason was Peter Sutcliffe, the Yorkshire Ripper, who was still at large, which was very scary when I first went there. Tragically, he murdered a student in my English department so that had such a radical effect [on us]. There was a curfew on women – you weren’t allowed to go out after dark, that was the instruction from the police and the university authorities and you had to be accompanied. So our feminism was formed in that fiery crucible.

When I moved down to London, I was keen on keeping up with feminism and music. I started working for Spare Rib and then I was also writing for NME. I was very conscious at the time of wanting to introduce more feminist ideas into the music press and get people thinking about the same things I was getting fired up about. And also asking questions like “Why is there no serious coverage of women artists?”, “Why do they so often get shoved to the sidelines or downpages or just reviews and why aren’t they on the cover?” It seemed like a real fight to get space for female artists. And it took me a little while to get a staff position on NME, and I was lucky because, by then, it was a period when NME were really opening up, covering a lot of youth culture issues as well as music and had some great editors. It was really an exciting time to be there.

How did She Bop happen?

While I was there, I started interviewing female artists whenever I could, whenever they came to London. And I became music editor at City Limits and just continued doing that. So by 1991 or 1992, I had this bank of interviews from everyone to Nona Hendryx to Nina Simone and Roxanne Shante, women from all different genres. And it struck me that it was a book. And I looked around and I couldn’t see any history of women in popular music because that seemed like the obvious next step. And then I was a woman on a mission, seized by the idea. It was about 250 interviews in the end, I’d gathered interviews through the 80s and I spent time in the States, interviewing women behind the scenes as well. I felt that the story of women in production was just as important. I knew that for female artists it was difficult for them to negotiate those record company politics and I wondered what it was like for women negotiating behind the scenes.

I see the music industry as a whole series of relationships. The real power areas in music exclude women

I wasn’t trying to do an encyclopedia, I wanted to look at themes, so each chapter had a central question. So, for example the chapter ‘Can the Can’ answers the question “Why is there no big stadium female rock band? What is it about the infrastructure of the music industry that militates against women as guitarists and drummers?” Another chapter was about hyper-sexualisation and the commodification of women’s sexuality. Every woman artist I talked to could relate to that, and what you decide to do about it dictates how your career is going to go. That was very much how the music industry operated and what was great about updating it now, is seeing the progression, seeing how there’s now much more of a gap between the old industry and the new industry.

I think the new industry is looking very different and looks much more diverse and I think it’s really important to talk about trans artists like Arca and Sophie, and non-binary identifying artists as well. I think that’s all part of where we’re heading in terms of popular music.

What is different about the old industry and the new one? Has the internet ushered in this change?

Well, I think the internet has been completely radical and revolutionary in all different art forms. It almost destroyed the music industry as it was. It had to rebuild itself from that and take a long hard look at itself and its practises.

The infrastructure of the old music industry is like a network of power relations. Michel Foucault (the influential French philosopher) talks about power existing in relationships and I see the music industry as a whole series of relationships. The real power areas in music exclude women. Areas with big budgets such as production or artist development are really key decision making positions, but it’s very hard for women to get a foothold in there. Some women do and it requires a very good strategizing and single-minded-ness and confidence and hats off to the women who can do that and have done that.

I think for female performers they have a different set of obstacles that they have to negotiate from the moment they sign their deal and at each stage of their career, there’s always someone telling them what to do, because it’s about sales. There are certain expected formulas particularly if you’re doing pop music, or if you’re in rap, say, it’s expected that you’ll be doing something similar to Nicki Minaj, there are certain tropes that they feel they can sell. So anyone who steps out of that at any point is considered troublesome. There’s all sorts of little ways that women find their power taken away from them.

I interviewed
Miriam Makeba before her death and talked about her coming through South Africa as a performer and through Apartheid. But her words are there, it’s like testimony

What seemed to link all the artists I’d interviewed was this sense of single minded-ness, this sense of “I will carry on regardless”. Suzi Quatro is a great example of someone who was surrounded by people who put her down saying “Women can’t play guitars, you can’t take women instrumentalists seriously, they’re gonna have babies, they can’t tour, they can’t hack it.” And she set out to disprove those claims one by one. When I interviewed her it was around the time that Geri Halliwell did that thing at the Brit Awards where she had this big installation thing that was a large pussy and Suzi Quatro just went off on one. She said “that’s so demeaning. I had to work so hard to get where I am, and is that what we get?!” That’s the way she saw it.

Who was your toughest interview?

Nina Simone was a bit scary. But she’s a great example of what I’ve been talking about, someone who’s been through an awful lot, experienced a lot of racism and that she was a classical pianist and denied access to the elite world of classical music and composition so she felt she’d been sidelined into playing jazz and show tunes and she had a real causticness about her but that’s what made it so great. You listen to ‘Mississippi Goddam’ and it’s a mix of showtunes and anger.

What was great about her was initially it was a scary interview, and I suppose that’s always been my modus operandi with interviews is just listen to her speak and I respected her story and just wanted her to tell me her story. It’s like oral history work. I was always mindful of Alan Lomax who travelled around the American South, recording folk singers and talking to them about their songs and where they came from and this formed this amazing archive of oral history. And I see She Bop kind of like that. Some of these women have passed away now. I interviewed Miriam Makeba before her death and talked about her coming through South Africa as a performer and through Apartheid. But her words are there, it’s like testimony.

Where is the music industry heading?

I am hopeful, I am optimistic. Men aren’t gonna let go of their power easily, it’s a bit like Trump in the White House. I think we need to be aware that men in power are going to resist and they still do in their microaggressions and their sidelining of women in promotion. That still goes on in subtle and not so subtle ways, in and outside the studio. For example, just 2% of producers in America are women, in the UK it’s not much better.

There’s still a way to go for women to get work and get their work properly recognised and also to succeed as artists on their own terms. I think they can do it independently but it’s when they start moving into the major label orbit. Once you start selling about £150,000 [for a single or album] a whole nother level of marketing kicks into gear and different expectations of what you have to do as a female artist. Those issues and obstacles are still there, but there’s more solidarity and more of an infrastructure of women working in all different areas to help change and create more of a gender balance.

The 25th Anniversary of She Bop is available now from Jawbone Press. Lucy O’Brien’s blog can be accessed here, along with her twitter.

The feature image of this text is the book cover of She Bop. It shows pink text on a bright yellow background with a picture of an open mouth.

The image within the text is a portrait of Lucy O’Brien. She sits barefoot on a white chair, there is a desk in the background. She is wearing blue jeans and a black t-shirt. Image credits go to Chris Frazer Smith.