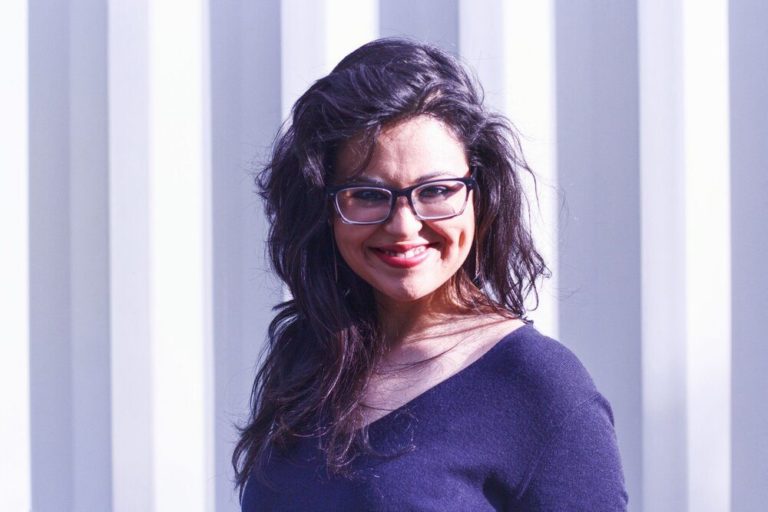 Shooting an arrow of strength in grief

Sumita Chakraborty’s debut poetry collection, Arrow, is as fierce and as sharp as its name would suggest. It feels physical, not only because it deals with themes of violence and death, but also because the poems are written in such a way that they feel like real, tangible things squaring up to you, daring and enticing you to reach out and touch them. Arrow is rich; it is a collection to truly lose yourself in – you could spend hours gleefully unpicking and analysing all the clever references and imagery, or simply let the writing wash over you like a cold sea wave, painful but invigorating. There is so much here to uncover. To be known, unknown and learned again.

The collection is about gender, ecological disasters, race-based violence, trauma and poetry itself, but the overwhelming motif in this book is the death of Chakraborty’s sister. Arrow is first a meditation on death and its aftershock, and this is the lens through which many of the other themes are explored. With references that range from mythology to space exploration, Arrow is a book of fables, retold for the modern age. It doesn’t flinch from its own brutality nor does it make apologies for its vulnerability.

The introductory quote by Roland Barthes sums up what you are about to embark on: “Language is a skin: I rub my language against the other. / It is as if I had words instead of fingers, or fingers instead of words”. Arrow is a collection that is as literary as it is emotional, one that plays brilliantly with semiotics, language and life’s more gruesome aspects – violence, sex, and death (and is a reminder that sometimes all three are one in the same). These poems linger not just in your mind but in the depths of your gut. The collection opens with the eight-page ‘Marigolds’, an epic and alluring deep dive into the grieving mind. Immediately enthralling, ‘Marigolds’ blends the splendour of mythology with a stark realism that suggests the lines between metaphor and reality are thin. Images of Poseidon and the ill-fated king play out in real locations such as the Grand Canyon, lending a certain viscerality to Chakraborty’s words. When you read the line “In the painting, I found the word spears, which I drove slowly into my father’s ribs,” you can hear the bones cracking.

Like much of the collection, ‘Marigolds’ deals with powerful and lingering emotions that are born from grief. “The ghost of my ability to love without grief, still living, lives in this poem,” is a reminder that there is a certain romance to death despite its brutality, which is reflected throughout Arrow.

The stand out poem from Arrow has to be ‘Dear, Beloved’, an elegy which is masterful in its technique and intensely moving. It is a poem which is genuinely awe-inspiring. ‘Dear, Beloved’ is a tapestry comprising beautiful imagery, raw emotion and ingenious word play. On all counts, this is Chakraborty at the top of her game, bearing her heart on one sleeve as she explores the loss of her sister, while wielding her pen in the other.

It is as if she is trying to understand the senselessness yet inevitability of her death.

‘Dear, Beloved’ is intense and dark with Chakraborty walking you through her ‘visio’ which is, in literary terms, a dream or a vision thought to reveal a fundamental truth that the dreamer is not consciously aware of. Chakraborty’s visio feels like a physical manifestation or landscape of her grief in an unfiltered form. It deals with how intoxicating death can be, “Knowing the trees held a promise so annihilative / my flesh would have no choice but to accept,” but is in equal part a captivating ode to her sister, Priya, who died in 2014. The poet speaks to her sister directly several times throughout the poem in a way that feels very intimate. It is as if she is trying to understand the senselessness yet inevitability of her death.

The poem is in some parts a study on the feminine and on gender-based violence: the analogy of Nyx, the goddess of the night, which is repeated throughout Arrow, allows us a glimpse into the poet’s experiences and her beliefs. In ‘Dear, Beloved’ Nyx’s father, Zeus, seems to fears her. Chakraborty writes: “Within her every star, from the swollen to the hollow / from the living to the dead, is visible,” emphasising the power of the feminine within Nyx. ‘Dear, Beloved’ is naked and unapologetic about it.

Aside from the lengthy epics, Arrow also contains shorter poems and essays, like palette cleansers but every bit as enchanting as their meatier counterparts. For example, we are presented with four essays, each a rich examination of things we have come to consider part of the human condition – the order of time, devotion, joy and thunder – with the poet playing again on the blurred lines between the fantastical and real. These pieces mix subjects as abstract as the concept of time itself with concrete scenes such as a gynaecology appointment, all of which allow Chakraborty to play whimsically with language. Lines such as “the tongue is a knife” remind us again of the physicality of such language and, by extension, of poetry.

Arrow is a collection to wine and dine. It is a book worth taking the time to get to know, to date, to flirt with. Chakraborty has bled, sweat and birthed this collection, so much so that the poems feel tangible. It is the perfect collection for lovers of contemporary poetry: strongly rooted in poetic traditions, with themes and language that make it feel fresh and exhilarating. Arrow feels like an extension of Sumita Chakraborty herself – sharp, brave and intuitive.

Arrow is published by Carcanet and out now in paperback.

There are two images in this piece. The first is an author image of Sumita Chakraborty, used with permission, courtesy of Carcanet. This shows a woman in glasses smiling against a striped background. The cover of the book is also featured. This shows the title of the book on a blue background.