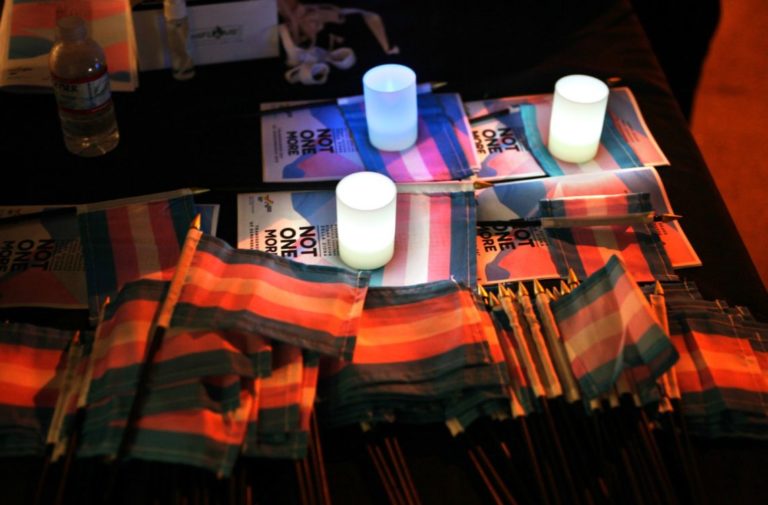 The F-word team want to take today, Transgender Day of Remembrance, to say that we stand with and support transgender and gender-diverse people in their fight for fair and equal treatment, and that we always will.

We’ve shared our support as a collective before, in our position statement on transphobia and cissexism, but it’s important to us that we make it clear that we’ll continue to do the work necessary to ensure our site is a safe space for people of every gender.

From violence to harassment and prejudice: what transgender people face every day

The recent figures released by Transrespect Versus Transphobia in their yearly Transgender Day of Remembrance update are horrifying to read, showing that there are no signs of transphobia diminishing globally:

Worse still, while this indicates an upward trend in transgender violence year-on-year, it’s impossible to know that for certain. These figures are compiled by TVT from media reports on the murders, which doesn’t account for murders that go unreported, misreported, or people who are misgendered by the authorities, the media or their families. These deaths are, perhaps, only the tip of the iceberg.

The statistics also don’t take into account the number of trans people we lose to suicide every year. Key stats shared by Stonewall showed 27% of young trans people had attempted to suicide, while 9 in 10 had considered it. Nearly three-quarters have self-harmed at some point.

Both gender reassignment and community support can be key to improved mental health and wellbeing for many transgender people, but both are hard to come by

The truly heart-breaking thing about these statistics is that much of this negative mental health impact, if not all of it, can be traced back to the way trans people are treated. Tellingly, both gender reassignment and community support can be key to many transgender people having better mental health – and both are hard to come by.

Poet Jay Hulme wrote a Twitter thread this week sharing some insights on what it’s like to be trans in the UK. He shared details of the homelessness, poverty, unemployment and poor access to healthcare that many transgender people face in the UK. In fact, as Jay points out, at least one person has been granted asylum in another country  due to the hostile environment for trans people in the UK.

In her response to the Gender Recognition Act consultation, published in September, Liz Truss said: “Britain leads the world as a country where everybody is able to lead their life freely and treated with respect” and that transgender people are “able to participate fully in modern life.” But that flies in the face of the lived experience of trans and gender-diverse people in this country.

Reported hate crimes against transgender people have risen by 16% in the last year, but with up to 4 in 5 LGBTQIA people who experience a hate crime not reporting the incident to the police, that figure could be much higher

Even the government’s own hate crime statistics dispute her claim, with reported hate crimes against transgender people having risen by 16% in the last year. And that’s without taking into account a 2017 study by Stonewall which found that 4 in 5 LGBTQIA+ people who experienced a hate crime didn’t report it to the police.

Transphobic and transmisogynistic content seems to be increasing across both traditional media and social media, too, with well-known authors and celebrities parroting transphobic rhetoric to their followers on social media.

Steps to being a better ally

Part of why I wanted to be the person to write this blog for the site was because I’ve been thinking about how I, as a cisgender woman, can be a better ally, and encourage other people to do the same. It would be great to hear other people’s ideas in the comments. But for me it comes down to leveraging the privilege I have to advocate for trans people, to make my support for trans people clear and to show the transgender people I know that I will always be willing to listen and try and provide a safe space for them.

Some of the actions I’m committing to in order to do that include:

There is often a call, among people advocating for change, for people to be on ‘the right side of history’. When history is, as the quote goes, written by the victors, this isn’t enough for me. When it comes to supporting those of us facing oppression and prejudice, we should want to be on the right side of humanity, with compassion, understanding and equity for all being our guiding principles. Trans rights are human rights, and I’ll fight for change beside trans people until that’s recognised around the world.

The feature image shows three votive candles on top of a pile of small trans flags and pamphlets titled “Not One More”. Photograph by Joshua Barash and used under a creative commons license.