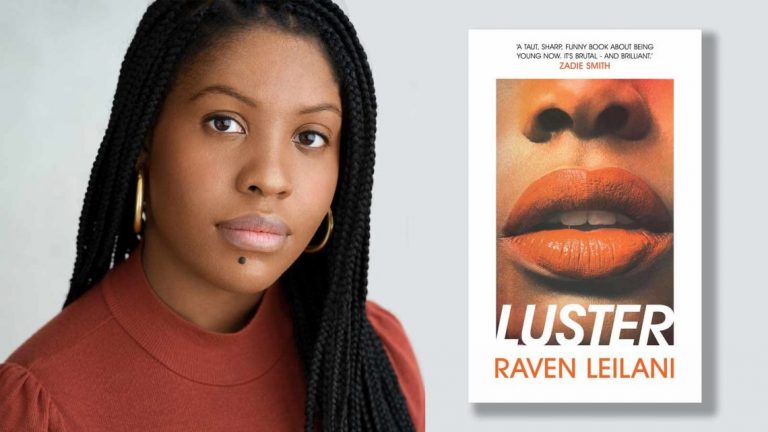 How fiction can triumph over the trend of anti-racist guides

2020 proved to be a testing year in many ways: from the pandemic reiterating medical racism, to racist police brutality causing global uproar. A by-product of this is that many non-Black people are now furiously engaging with art of many varieties created by Black people in a desperate attempt to ‘educate’ themselves. However, the harrowing issue still remains that intense trauma should not have to be prevalent in the media for Black artists to be celebrated. Since the death of George Floyd, Breonna Taylor and Tony McDade at the hands of police, Reni Eddo-Lodge, the author of Why I’m No Longer Talking to White People About Race, has become the first Black British author to top the book charts, a momentous happening despite the author expressing the despair of “profiting every time a black person’s death goes viral”.

It is therefore imperative to read fiction, not just with the intention of education, but to actively dissect the intricacies of race

The bleak circumstances that have raised the profile of the Black Lives Matter movement are not a ‘moment’ but deeply entrenched in every aspect of society with progress yet to be made. As highlighted by Mishti Ali’s article for gal-dem, the increasing production of the anti-racist non-fiction genre has generated discussions on whether this is creating tangible solutions or is merely performative. It may be another form of entitlement to expect Black people to write simplified ‘anti-racist’ guides for non-Black folk to upload on Instagram. The renowned American writer Toni Morrison was especially brazen when discussing where anti-racist action should originate, stating that White people “should start thinking what they are going to do about it. Take me out of it”

It is therefore imperative to read fiction, not just with the intention of education, but to actively dissect the intricacies of race. This includes reading joyous and uplifting narratives which deviate from what bell hooks specifies in her book Black Looks as the typical sad endings expectant of Black women authors. The advantage of fiction is easy to decipher; it can present an individual character with a unique life beyond what society perceives as similar experiences of all Black people. One such instance of fiction is the stunning debut novel Luster by Raven Leilani, which beautifully presents the character Edie and her distinct experiences of being a young Black woman exhausted by covert racism and modern obstacles. Leilani plunges the reader straight into a sexual encounter between Edie and her White colleague, Eric, determining the unconventional choices Edie is submersed in from the onset. Edie is a witty and sardonic character, contrasting the mundane white-collar environment in which she is sexting her colleague. It is clear that Eric, who is in an open marriage, has significantly more freedom to opt into whatever he desires and does so with ease – and the permission of his wife. Edie on the other hand experiences many constraints; she is unable to bond with Eric outside the boundaries of what is permissible and the rules of this relationship are imposed by a White woman she has never met. It would be harder to see Edie, someone who might be merely facing the consequences of being involved with a married man, as a relatable character, had Leilani not created a setting from which the nuances of being Black in White spaces emerge. Instead, we understand Edie to be a woman who is feeling isolated and lonely from her White surroundings and relationships; she is not merely a character who is suffering the repercussions of being involved with a married White man, but is confronting her own barriers in the form of navigating White spaces.

Leilani has not created Edie’s character for the purposes of rectifying non-Black people’s behaviour towards Black people, but the benefits of reading fiction written by Black authors is that they can relay the violence that they experience. Jasmine Guillory, author of Party of Two, illustrates this in her article ‘Reading Anti-Racist Nonfiction Is a Start…’ written for Time, suggesting fiction vastly differs from non-fiction by forcing readers to consider how they would handle events (like anti-Black racism) which may never occur in their lives. As a novel, Luster does not present solutions as one would expect from a typical anti-racist guide; the novel causes readers to contemplate delicate issues which are often difficult to articulate, such as the nuances of interracial dating.

Leilani writes for Edie to transcend the boundaries which constrain her and subversion becomes a prominent motif in the book. Edie has sex with many of her colleagues, breaks into Eric’s house and refuses to pander towards the expectations of her White co-workers the way Aria (the only other Black co-worker) consciously makes a decision to do. Aria is aware of the inevitable comparisons made by White colleagues in the office between herself and Edie, and happily “plays the game well” with the aspiration of consuming Edie’s more senior position. Edie says of Aria:

We both graduated from the school of Twice as Good for Half as Much, but I’m sure she still finds this an acceptable price of admission. She still rearranges herself, waiting to be chosen. Because it is an art – to be black and dogged and inoffensive. She is all these things and she is embarrassed I am not.

Luster reminds us that humans will make questionable decisions, yet the way Black women are demonised for theirs needs to be scrutinised. Leilani captures the unnerving choices Black women face through Aria and Edie’s differences, and although Edie chooses resistance, which materialises as the more detrimental decision, hope is glimmered through the pleasure she finds in being uninhibited and creating art. Leilani celebrates Edie’s hilarious and refreshing character who welcomes unconventional decisions as a way to cope with the constraints of White environments. Luster encourages non-Black readers to directly confront the anti-Black racism to which they will have unconsciously contributed in these spaces. It asks the uncomfortable question: would you have judged Edie’s choices without knowing the context of her life as a Black woman?

Perhaps the most significant relationship in the novel is between Edie and Akila: Rebecca and Eric’s adopted daughter who is Black and living in a White neighbourhood. After Edie is fired from her job and invited to stay in Rebecca’s house, we witness the relationship that is forged between Akila and Edie. The novel comments on the way Black women are expected to perform labour for other White people, shown through Rebecca’s exhaustive questions about what Edie thinks of her adopted daughter. Leilani demonstrates the mental toll this has on Edie:

…and in this moment it becomes clear to me that despite this evening-long conspiracy, she is moving towards her most natural conclusion, which is to engage me not as a person who has just watched her dissect a man but as a person who is black, and who is, because of that, available for her support.

Despite the White characters in the novel forcing a link between Akila and Edie, the relationship between them turns out to be that of a mutual understanding – both characters have not been priorities in what should have been imperative relationships throughout their lives, that and the fact that Edie understands the maintenance of Black hair more than Akila’s White parents. It is beautiful to see Akila and Edie’s relationship blossom, an element of the novel which celebrates the bond between Black women whilst reminding readers this bond is often necessary due to the negligence of White people. Luster exposes the harmfulness of controversial actions by White people which are usually depicted as ‘anti-racist’, such as the well-researched paradox of the adoption of Black children by non-Black people, a situation which is perpetually contested and subtly portrayed through the lack of care given to Akila’s Black hair.

Leilani’s prose is equally as addictive to read as her characters, with succinct paragraphs and the sharp exhale of breath released after each witty comment

Luster allows us to see details we could not ordinarily capture in words, only Leilani does exactly that; she has written this novel with such intensity while relieving the tensions she creates with humour. Leilani’s prose is as addictive to read as her characters, with succinct paragraphs and the sharp exhale of breath released after each witty comment. Luster is a unique novel which manages to grasp even the deepest of emotional gravities from the reader, a story that cannot help but be contemplated when it is not being read.

To be clear, Luster is not an anti-racist guide, nor is its target audience specifically White people. However, Leilani has written a novel which is meant to be dwelled upon by both Black and non-Black readers; we can either relate to these characters or interrogate how individual behaviour contributes to the ‘society’ we tend to blame for its racism but forget that we are a part of. If Black Lives Matter is truly a movement and not a ‘moment’, our activism should be continuous. As Guillory states in her aforementioned Time article: “Black lives are not a problem to be solved or an academic text that can be studied. To recognize Black lives as ones to celebrate, empathize with and care about, here’s your antiracism work: read more fiction by and about Black people”. There is no better way to start than by reading the excellent fiction that is Luster.

Luster is published by Picador and out now in hardback.

There are two images in this piece. The first is an image of author Raven Leilani next to the cover of her novel Luster. The second is of the cover of the book itself, which shows the open mouth of a Black woman with her lips painted red, used with permission, courtesy of Picador.