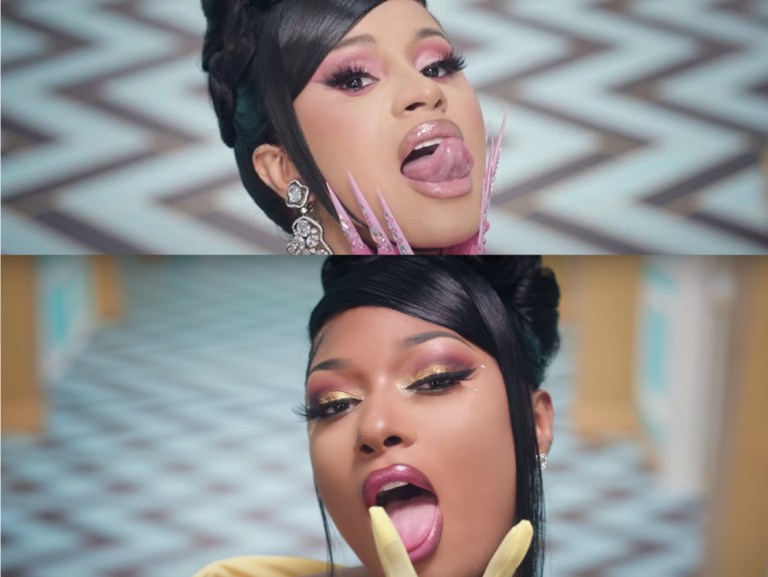 The last of the ‘WAP’ articles

For those not in the loop, ‘WAP’ is a song released in 2020 by Cardi B and Megan Thee Stallion. It is an acronym for wet ass pussy. Responses to ‘WAP’ highlighted a dangerous double standard between men and women artists, and the content that is considered permissible for them to release.

The music video for ‘WAP’ received over 26 million views in its first 24 hours on YouTube, making it the biggest all-woman collaboration debut on the site. The video itself has been relentlessly lambasted for its shameless depiction of sex or, more specifically, of women enjoying sex. Every scene is overflowing with ass, titties or a bit of both. If you haven’t seen the video, I would implore you to go and watch it for your daily dose of bad bitches (see below for video). Cardi B and Megan Thee Stallion take this imagery to the absolute extreme in a way that almost satirises the male gaze and its dominance within the music industry. They sexualise themselves to the max, as the male gaze demands. However, ‘WAP’ allows women to feel sexual for their own pleasure, not for the benefit of men. Perhaps this is sexuality through the female gaze.

Besides being a total banger, ‘WAP’ has resonated fiercely with lots of women for depicting women’s pleasure and enjoyment of sex in a way that we don’t often find in the music industry. In certain genres, we are used to hearing men sing about sex that positions women as submissive or passive – from the lyrics in Jason Derulo’s ‘In My Head’ instructing guys to “get down to business and skip foreplay”, to “took her to the kitchen, fucked her right there on the table” in ‘Or Nah’ by Ty Dolla $ign. How often do we hear about sex from a woman’s perspective in mainstream music? How often are women allowed to be vocal about being the subjects, not the objects, in their pleasure? ‘WAP’ is suffused with imperative statements: “gobble me, swallow me”, “put this pussy right in your face”, positioning Cardi B as the one in control. This control could even be seen to extend beyond the lyrics and reflect Cardi B’s power over the commodification of her own sexuality. The song is a powerhouse homage to female empowerment and sexual liberation which does not line the pockets of the patriarchy.

‘WAP’ created quite a stir among conservatives and the alt-right, causing particular upset to the political pundit Ben Shapiro. He took to his eponymous live radio show and painfully recited the lyrics to ‘WAP’, articulating the word “pussy” as if it would induce self-destruction. His apparent fear of women’s sexuality was further reiterated by his repeated use of the euphemism “the p-word”. In the clip, Shapiro labels ‘WAP’ as “vulgar”, concluding that “this is what feminists fought for”. His reaction was a fantastic demonstration of the underlying issue that ‘WAP’ highlighted; women are scrutinised more for sexual content than their male counterparts. Later on, Shapiro took to Twitter to express his concerns about the message that ‘WAP’ put into the public sphere. Citing his wife, who is a doctor, Shapiro tweeted that a wet ass pussy could be a symptom of a gynaecological issue and was by no means natural. What justice could have been sweeter than a man announcing to millions of people on the internet that he has never been able to arouse his wife? I guess that’s the price you pay for trying to dictate the norms of women’s sexuality and arousal.

I would not have heard ‘WAP’ as soon as I did if it wasn’t for the backlash to it. As an aspiring sociolinguist, it quickly became clear that ‘WAP’ presented an example of an interesting intersection between language, gender and sexuality. The song dismisses the folk linguistic women’s talk theory – that is, the powerless, non-confrontational language that has been associated with women’s linguistic patterns. Instead, it centralises the demands and desires of women. Shapiro throwing his proverbial toys out of the pram got me thinking about why we rarely experience this kind of backlash to songs by men that crudely depict sex or pleasure. Why was a song about women’s sexual experiences, written by women, so worthy of internet uproar? Does the problem reside in the explicit sexual lyrics or the gender of those rapping them? I’m going to suggest the latter.

Remember ‘Blurred Lines’ by Robin Thicke? A song that sickeningly alluded to date rape with a music video of Thicke and Pharrell with young women in their underwear draped over them. Where were the men protesting this ‘vulgarity’? Although some women were vocal in criticising the connotations of the song, songs about non-consensual or violent sex by men singers are rarely picked up on as anything but the norm by men or in mainstream media. However, a song about consensual sex by women has, in some circles, been deemed inappropriate or ruled as the decline of feminism. A quick Google search for responses to ‘WAP’ yields a profusion of comments, ranging from the misogynist-favourite ‘slut’ to entire diatribes condemning Cardi B for her “degradation of black women”. These comments echo the patriarchal implication that women cannot be both sexually liberated and have self-respect: that the two concepts are mutually exclusive. As you can imagine, there is rarely any such criticism of sexually liberated or promiscuous men. Note how a sexually promiscuous man is often a ‘stud’ or ‘player’, but an equivalent woman is a ‘slut’ or ‘whore’. This double standard is seemingly alluded to in ‘WAP’, as Frank Ski’s 1993 track ‘Whores in This House’ is sampled throughout the song.

Of course, ‘WAP’ is not the first song ever by women about fierce female sexuality, but it is certainly one that has had a profound cultural impact. ‘WAP’ stands for more than just Wet Ass Pussy. It stands for women controlling and enjoying their own pleasure and sexuality in a way that is not for the benefit of men. No longer will we close our eyes and think of England. If the patriarchy is going to monetise our sexuality, why not do it ourselves?

Image used with permission courtesy of Creative Commons. This image is two stills from the ‘WAP’ music video one on top of the other. The top still depicts Cardi B. It is a close up and her tongue is out. She holds her hands up to her face and her pink acrylic nails are visible. She also wears pink eyeshadow. The background is a blue and brown zig zag. The bottom still depicts Megan Thee Stallion. It is also a close up and her tongue is also out. She holds one finger to her tongue as if licking it. Her yellow acrylic nails are visible. The background is yellow and brown check.