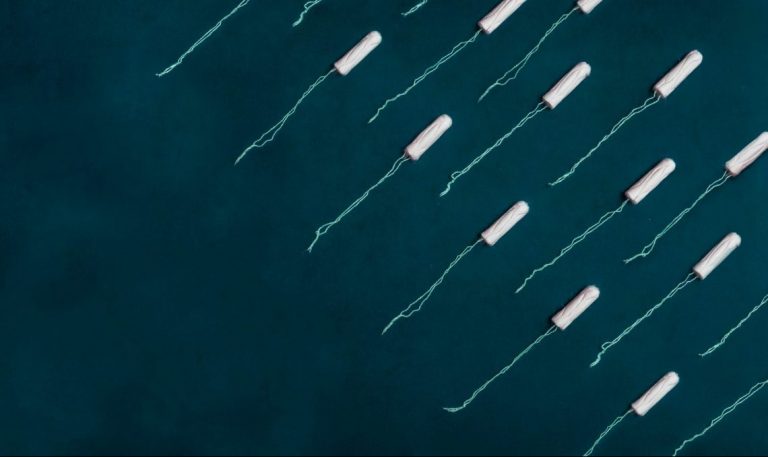 On 1 January this year, the 5% rate of VAT charged on sanitary products, commonly known as the ‘Tampon Tax’, was finally abolished in the UK. The tax ludicrously treated sanitary products as non-essential items, and – with period poverty remaining a prevalent issue among women and girls in the UK – it is no surprise that its abolition has been widely praised.

Laura Coryton, leader of the Stop Taxing Periods campaign, told the BBC that she was “happy and relieved and excited at the same time”, seeing the scrap as “ending a symptom of sexism”. Countless others took to Twitter to celebrate the success of the six-year campaign, with BBC journalist Razia Iqbal labeling it “a significant victory” and upskirting activist Gina Martin describing the news as “wonderful”. Unfortunately, I and many others are still somewhat hesitant about celebrating this decision as an unadulterated win for women.

Since 2015, the money raised by this controversial tax has been put towards the Tampon Tax Fund – a £15 million money pool that annually grants significant funding to organisations that support disadvantaged women and girls. Among these beneficiaries are several charities that work to improve and provide domestic violence support services such as Solace Women’s Aid. Since the pandemic, these services have experienced greater demand than ever before, and – while the government is honouring the grants they have already pledged – there is currently no long term plan for relieving the stress placed on these vital women’s services.

The tampon tax scrap will be bittersweet for many women’s charities who, while recognising that it is unfair and absurd to charge VAT on sanitary products, will now be more apprehensive about securing adequate funding than before

It is, of course, fundamentally flawed to fund domestic violence services through a tax paid almost exclusively by women. The government’s decision to do so further places violence against women as a ‘women’s problem’ as opposed to something that should be addressed by society as a whole. Data gathered by the Office of National Statistics shows that, in 2019, 92% of defendants in domestic abuse court cases were male; studies have also shown that men are far more likely to be repeat offenders, with one study conducted by leading researcher Professor Marianne Hester finding that 83% of male perpetrators of domestic violence had at least two incidents of abuse recorded. The burden of ending domestic abuse should, therefore, undoubtedly be shared by men, not a cause for women to take on alone.

Despite this, the tampon tax scrap will be bittersweet for many women’s charities who, while recognising that it is unfair and absurd to charge VAT on sanitary products, will now be more apprehensive about securing adequate funding than before.

This worry is sadly a reality for Solace Women’s Aid. The organisation are specialists in Violence Against Women and Girls (known as VAWG) and have been supporting survivors through safe refuge, counselling, therapy, advice and advocacy for over 40 years. Since the beginning of the pandemic, Solace have reported both an increased demand for their services and increased severity in the cases they are dealing with.

As Solace Advice Service Manager Ana Flores Reis explains to me: “the COVID-19 pandemic has left women trapped at home with their abusers, exacerbating risk levels and making it even more challenging to access support and escape abuse”. Because of this, she says, demand for their services “has grown exponentially over the past months”.

“…whereas before we used to get women mainly calling the advice line for safety planning advice and practical support” she added, “we’re now seeing a surge in calls from survivors at higher risk of harm and presenting with increasingly complex levels of need, including homelessness and destitution”.

In the last quarter of 2020 alone, Solace’s advice services saw a 50% increase in demand. Over the year, 133 referrals were made to their multiple disadvantage refuge – a service that caters for women who struggle to access standard services due to high levels of trauma or disadvantages such as mental health needs or problematic substance use. Just fourteen vacancies became available in 2020, meaning that 90% of those referred had to be turned away.

Commenting on this issue, Solace CEO Fiona Dwyer described having to turn away referrals as “devastating”, telling me: “we know what survivors are living with day in day out and the pressures other VAWG services are also under”.

Unless the government addresses this funding deficit, the abolition of the tampon tax seems to be an entirely hollow gesture, rather than a genuine commitment to ensuring equality for women

With officials yet to announce whether any new state aid for women’s charities will be made available once the current fund runs out, Solace have now called on the government to address the long-term impact of COVID-19 restrictions in their 2021-24 Violence Against Women and Girls strategy, which is currently under consultation by the Home Office.

In a statement, Dwyer said: “We need the government to understand that, whilst we have welcomed the emergency packages of funding during lockdowns, we need a long-term strategy to address the impact of the pandemic with multi-year, ring-fenced funding for VAWG services”.

With the government’s VAWG 2021-24 strategy currently under consideration, now is the time to put pressure on parliament to ensure vital women’s services are protected. Unless the government addresses this funding deficit, the abolition of the tampon tax seems to be an entirely hollow gesture, rather than a genuine commitment to ensuring equality for women.

If you would like to call on the government to financially support women’s services, Laura Coryton’s petition to keep the Tampon Tax Fund beyond 2021 can be found here; if you would like to write to your MP encouraging them to support greater funding for women’s services, even better! You can access a template here, but please remember that if you have the time, a personalised message will likely have an even greater impact.

The evidence that Solace submitted to the Home Office can be found here.

The featured image is of tampons. Photo by Josefin used with permission from Unsplash.