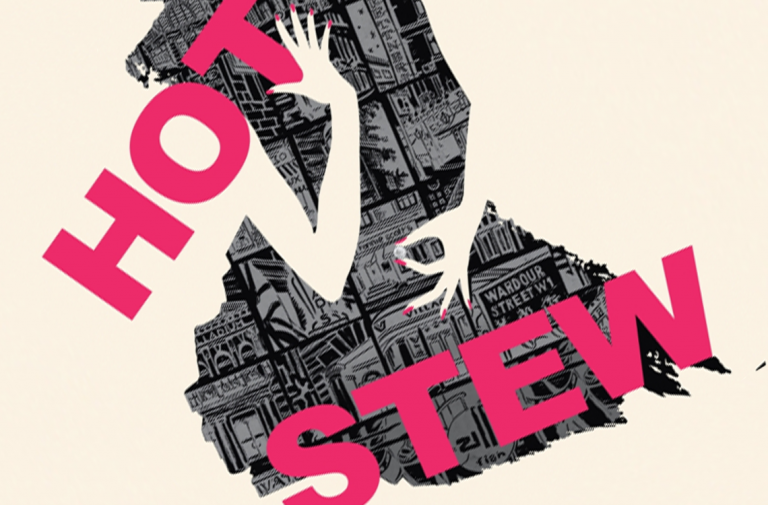 A colourful cast of caricatures on the fringes of society

Soho is a tempting place for artists. This small patch of London, housing sex shops, cocktail bars, brothels and old-fashioned boozers, is a far cry from the harsh, rural setting of Fiona Mozley’s Booker Prize-nominated debut. In contrast to the restraint of Mozley’s debut Elmet, which follows a family living off the grid in a hamlet of Yorkshire, Hot Stew is vast and vibrant, as it follows a loosely connected cast of Dickensian characters who live and work in Soho. Yet, like the author’s first novel, this is a story of community and domain, and those with little or nothing trying to resist succumbing to the capitalist world which surrounds them.

The novel begins with a hark back to old Soho as an Elizabethan hunting ground filled with battle cries of “So! And Ho!”. In a few short pages, this quickly builds up to the grimy, lively, neon-lit hub at war with deep-pocketed developers looking to cleanse the area of the last remaining cast of eccentrics of this once grimy yet colourful location. The story unfolds in a corner of Soho which houses an old-fashioned French restaurant called Des Sables – famed for its waning, dated menu of escargots – above which sits a brothel, and below, a squat. The story’s protagonists are Precious and Tabitha; a sex worker and her flat mate. The pair share a flat in the collective brothel, growing plants on the balcony and sleeping together in an ergonomic bed. Their relationship is one of companionship, not romance, and now-retired Tabitha offers support to Precious, running baths and keeping the flat tidy for the latter’s appointments. The brothel is run by the women themselves; instead of pimps, there is community and collaboration among a group of women in control of their own choices. Yet despite their harmony, the women are threatened by developers, looking to rid the area of its heart and soul.

Although the girls upstairs are commodified by the nature of their work, they are determinedly individual

Spearheading the regeneration of the building is Agatha Howard, the young heiress of a dodgy dealer trying to cleanse her inherited wealth. Her aim is to redevelop the property portfolio built by her criminal father, evict those who made it their home and establish a number of luxury hotels and high-rise flats in their place, “like shining false teeth on rotten gums”. Agatha has a sociopathic habit of collecting paraphernalia from beheaded nobility of the French Revolution – a macabre interest that mirrors her cold social detachment. She had no relationship with her father, she clashes with her mother and is at war with her step-sisters who are challenging her inheritance. Although the girls upstairs are ‘commodified’ by the nature of their work, they are determinedly individual.

The caverns below the restaurant house a group of squatters, loosely led by an eccentric patriarch known as the Archbishop, who preaches to his congregation of homeless people while wearing a crown scavenged from the Crossrail dig site. This surreal, subterranean existence focuses on a couple known as Paul Daniels and Debbie McGee, nicknamed due to their habit of roaming the local pubs performing mediocre magic tricks for punters in exchange for loose change.

The connections between the stark cast of sex workers, addicts, wealthy graduates and property developers adds complexity to the novel, illuminating the multiplicity of figures residing in a small, densely populated space

On the periphery are Robert Kerr, a washed-up ex-gangster and regular of the local Aphra Behn pub, and his drinking buddy Lorenzo, a thirty-something aspiring actor. Tangentially associated are Bastian, the Cambridge-educated son of Agatha’s lawyer, and his girlfriend, Rebecca. All are loosely connected through acquaintances and proximity, although some are painted in faded colours compared to those who are in the foreground of the narrative. Although each chapter follows a different character’s story, the result is not confusing, and the numerous worlds collide in the final explosive chapter. The connections between the stark cast of sex workers, addicts, wealthy graduates and property developers adds complexity to the novel, illuminating the multiplicity of figures residing in a small, densely populated space. Much like Elmet, this colourful cast of caricatures live on the fringes of society, but on a much larger scale. And despite them ranging from the relatable to the outright repulsive, each is painted with a humbling humanity.

the timelessness of her writing maintains a sense of folklore, combining the farce with the real

The rumble of a new underground rail line – which we are to assume is the real-world Crossrail project – reverberates through the novel along with other such denizens which confirm the story’s place in the contemporary. However, the timelessness of the author’s writing maintains a sense of folklore, combining the farce with the real. In both Hot Stew and Elmet, Mozley’s protagonists face societal change over which they have no control and within which they do not fit. Old worlds and old ways of living clash with the new, as places transform. Lines can be traced from Mozley’s debut to Hot Stew, and her style shines in lucid descriptions of food, and sensitively painted characters living on society’s periphery. Yet, it is refreshing to see her nuanced prose – simple, with acute description, almost cinematic – flourish in this new setting.

At the end of the novel, aspiring actor Lorenzo sits in the Aphra Behn, quietly watching an unfamiliar set of drinkers mill around his local:

“He watches the new pub patrons, and wonders about their lives. He feels irritated by how much the Behn has changed, and resolves never to come here again, although he knows he probably will, that he’ll learn to put up with the changes and then he will forget about them, and forget how the pub used to be and forget about the people who used to come here.”

These final musings are familiar to many who have lived in an area which has been regenerated or gentrified. We soon forget the preceding set to make way for the new, and have little choice over the new cast. With all it’s farce and complexity, Hot Stew is a beautifully delicate snapshot of a city which brings together a complex history with the immediacy of modern development.

Hot Stew was published by John Murray on 18 March 2021 and is available to buy at your local independent bookshop.

The image shows a close-up of the book’s cover: an illustration of two arms over the top of a series of black and white illustrated images of Soho. The words “HOT STEW” are in bold pink lettering.