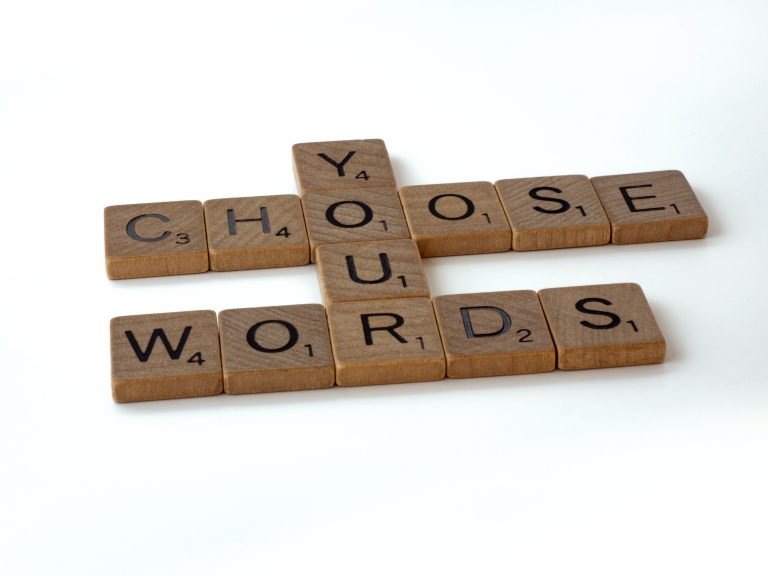 In my work as a professional coach, language can be revealing. While helping individuals unlock their potential, develop self-awareness and examine the beliefs that drive their behaviour, I am fascinated by the words people choose. When clients describe events, experiences and people, their choice of words attach meaning to what they’re talking about and often reflect their underlying ideas about correctness, value and humanity. Language is a powerful tool and can be used to both elevate and relegate individuals, regardless of whether the speaker is conscious of the effect of their words or the ideas they imply.

Most recently in the US, both in the Black Lives Matter protests and the storming of the Capitol, we were reminded of the effect that language and the narrative it creates can have on how events are perceived. Donald Trump demonstrated how specific choices in words can attach very different meanings to events and have the power to drive racist agendas. In now suspended Tweets, Trump utilised language like ‘thugs’, ‘anarchists’ and ‘rioters’ in reference to Black Lives Matter protests, but in stark contrast labelled those who took part in the incident at the Capitol as patriots and protestors. The then President-elect Joe Biden acknowledged the power language has, saying, “The words of a president matter…At their best, the words of a president can inspire. At their worst, they can incite.”

One issue that strikes me as both a coach and a feminist is how language is used to marginalise women, often reinforcing ideas of hegemonic femininity and gender stereotypes, and the subsequent effect this language has on the psyche of girls and women when attempting to navigate their place in modern society. This language, often used unconsciously, has created a world where women are taught to place a particular emphasis on how they look and how ‘nice’ they are seen to be, a world where women do not automatically expect their achievements to equal or even surpass that of men.

I recall hearing phrases when I was little such as “that’s not lady-like” or “you throw like a girl”. These particular phrases reflect a traditional idea of femininity that still exists today. I don’t imagine that the people saying these words gave a second thought to what meaning they were attributing to being ‘lady-like’ or a female’s ability to throw. The most likely explanation is that these phrases were and still are common-place, that they roll off the tongue of someone who doesn’t actually hold these restrictive views on what it means to ‘be a girl’ nor have considered the effect their words may have.

However, on reflection you can easily see how a child might come away with the belief that girls cannot throw as brilliantly as boys, and that their abilities are in some way less valuable.

The language we use when praising children, particularly little girls, can build their ideas of self-worth; the qualities that are important and achievements they are capable of

A 2017 study published in ‘Science’ journal, which examined gender stereotypes about intellectual ability in children, has shown that at just six years old girls are already starting to believe that brilliance is a male trait. Six years old. Lin Bian of the University of Illinois who led the research said, “Our society tends to associate brilliance with men more than with women…We wanted to know whether young children also endorse these stereotypes.” It turns out they do. Girls aged six and seven were less likely than boys to associate someone who was “really, really smart” with their own gender. These beliefs can go on to impact choices made later in life.

The language that we use when praising children, particularly little girls, can build their ideas of self-worth; the qualities that are important and achievements they are capable of. As the saying ‘their brains are like sponges’ suggests, children pay close attention to the praise and acknowledgment they get from those closest to them. Praising young girls for being ‘pretty’ for instance, instils ideas that their value lies within their appearance.

In her insightful TED talk (which I highly recommend), Reshma Saujani suggests that “we’re raising our girls to be perfect and we’re raising our boys to be brave.” Girls have been socialised to aspire to perfection – smile pretty, get all As in school, avoid failure – whereas boys are taught to play rough, climb trees, aim high. Men are socialised to take risks, and women to avoid it. As a result, women sometimes lack the confidence to pursue careers in men-dominated fields, leaving them underrepresented in STEM subjects, boardrooms and politics. Of course, I am not saying that this is the only reason for underrepresentation but the power of language plays a significant part.

Frustratingly, this kind of gender specific messaging does not stop at childhood but continues throughout women’s adult life. A quick flick through a women’s magazine or a passing glance at TV adverts or promotional posters show that we are surrounded by language that attempts to condition women to focus on their outward appearance as if it defines their entire being. Language such as ‘fighting wrinkles’ or ‘anti-aging’ that is so often used by beauty manufacturers has a worryingly confrontational and aggressive style. It implies that women should take their wrinkles seriously, that they are engaged in a war against age and wrinkles are a win-lose scenario.

Gender marking, a linguistic signal that identifies if something refers to male or female, often elevates men’s activities or achievements and relegates women’s to second place

On a positive note, companies like Dove are striving to change this restrictive narrative. Through changing the language they use, their ‘Self-Esteem’ project aims to make beauty a source of confidence for women instead of anxiety. By avoiding aggressive words in favour of ones like ‘nourishing’ and ‘pro-age’ they are aiming to help people develop a more positive relationship with the way they look.

Not only does language signpost what qualities we should value or behaviour we expect but it also has the power to assign status. Gender marking, a linguistic signal that identifies if something refers to male or female, often elevates men’s activities or achievements and relegates women’s to second place. The fact that you would need to specifically Google ‘Women’s World Cup’ to get results returned on the women’s football game is an example of how our language can be used to signal the ‘norm’ (elevated) from the ‘other’ (relegated).

As well as in media campaigns, women are often subject to language that enforces gender stereotypes in the workplace. Words used to describe the professional behaviour of women as opposed to men often reveal engrained traditional beliefs about how they think women should behave. The expectation for women to be ‘nice’ and ‘likeable’ means that women who assert themselves are labelled as ‘bossy’ or ‘aggressive’ whereas men with similar behaviours find themselves hailed for their ‘assertiveness’ – a trait expected of men wanting to get ahead in the business world.

An impassioned argument might be described as emotional or irrational if made by a woman, which Serena Williams pointed out in her feature in Harper’s Bazaar magazine in 2018. Reflecting on the controversy surrounding her 2018 US Open loss to Naomi Osaka which included a penalty for a perceived outburst, Serena noted, “Why is it that when women get passionate, they’re labelled emotional, crazy and irrational, but when men do they’re seen as passionate and strong?”

What are we to take from this? Language matters. The words we choose when we’re praising, remonstrating, describing or communicating with others has meaning whether we intend it to or not, and that meaning has great power. And you know what they say about great power – with it comes great responsibility.

We should be mindful of what our words are assigning value to, or which beliefs and assumptions they’re reinforcing. We should choose our words wisely. Dismantling gender stereotypes, how women are perceived and valued will not happen overnight, but I’m a big believer that language plays a huge role in doing just that. We need to be brave in seeking ‘coaching moments’ to help others think through their words and their underlying meanings – for instance if someone gives you feedback that you’ve got an ‘edge’, rather than get irritated perhaps it’s time to be intrigued and ask “compared to whom?”

The featured image is of the words ‘you choose your words’ spelt out in scrabble pieces. Photo by Brett Jordan used with permission from Unsplash.