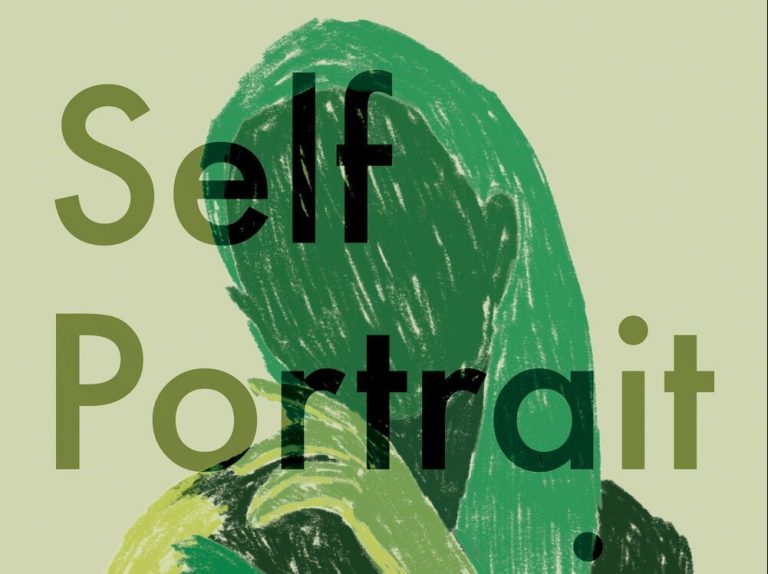 Marie NDiaye’s Self Portrait in Green is an unsettling and disorientating exploration of identity that poses more questions than it answers. It was only a few days after finishing the slight book – coming in at a modest 87 pages – that I was able to understand the narrator’s encounters with the various and wide-ranging green women that permeate the narrative.

Translated poetically from the French by Jordan Stump, Self Portrait in Green’s short, staccato chapters, teamed with meandering and somewhat self-doubting prose, shrouds the book in a veil of paranoia and disturbed memory. This style left me never quite sure if the narrator was wholly unreliable or, in fact, more awake to the world and to herself than anyone else. Although Self Portrait in Green doesn’t offer many conclusions, this unusual memoir shows NDiaye exploring her identity in a completely unique and refreshing way. NDiaye’s careful tightrope between fiction and memoir, combined with her tool of the unnamed narrator, allows a reader to use the narrative as a mirror to herself

The unnamed narrator begins this memoir in December 2003, a date that is returned to in the final chapter – after brief stops in the years between 2000 and 2004 – signalling a cyclical return to the same state of being, and the same pervading thoughts of the green women. NDiaye’s writing straddles genres here, seeming simultaneously like a work of fiction as well as a deep dive into personal memoir. When reading Self Portrait in Green, it was this position in genre-limbo that complicated the narration, but also maintained and deepened the connection I felt to the narrator’s personal journey. NDiaye’s careful tightrope between fiction and memoir, combined with her tool of the unnamed narrator, allows the reader to use the narrative as a mirror to herself. In doing so, I became increasingly invested in recognising and understanding the green women in my own life.

One of the first stand-out images in Self Portrait in Green that remains a constant pressure throughout the book is the Garonne river. The river’s perpetual existence is particularly threatening when it has the potential to flood. Its importance is highlighted from the very opening chapter of Self Portrait, which sets the scene of the village on the edge of the Garonne river and the boundaries the residents of the village know and respect: “We all know the river can rise nine metres above its banks before it overflows, thanks to the levees surrounding the village”. However, the safety of the levees quickly dissipates into an undercurrent of growing unpredictability. NDiaye continues:

That much we know. It’s the first thing you learn when you make up your mind to settle in this place, eternally under threat from the floodwaters of the Garonne. What we don’t know this evening is what’s coming tonight, or tomorrow – if like last time, ten months ago, the water will stop at the top of the levees, or, as it did twenty-two years ago, spill over, submerge the streets, invade the ground floor of the houses, sometimes the second floor, sometimes the whole house.

It is obvious the narrator holds a great respect for the Garonne. She appreciates the power it wields, and the unpredictable nature of the river is something that seems to appeal to her. This relationship between the narrator and the river is exaggerated by the narrator’s interweaving of short sentences with longer streams of thought, reflecting the meandering bends of the river. Perhaps most interestingly in this opening chapter, NDiaye genders the Garonne: “The object of our vigilance is not some Old Man, it’s not le Mississippi, it’s not le Danube or le Rhone; no one here doubts for a moment that la Garonne’s essence is feminine. She’s brown tonight, heavy, almost bulging.” By placing such emphasis on the feminine in this introductory chapter, NDiaye alerts the reader not only to the power and respect the Garonne river itself demands, but also sets the precedence for this feminine energy to continue throughout the book.

Each green woman seems to occupy her own unique space in the narrator’s psyche, with some inhabiting a place more ephemeral than others

Each of the green women we meet, too, hold a threatening energy; a slow rise of pressure that could spill over to submerge and destroy. They are varied and diverse; while all appear as female, and are referred to as ‘women’, their personalities, attributes and even the severity of their green appearance are each unique. What, then, makes these green women? It is a question that remains definitively unanswered. There is the schoolteacher, stern, with pale green eyes; the friend, who may not be who she says she is; and the distant woman who hides behind a tree. Her ex-best friend, who is now the wife of her father, is also a prominent green woman who we see expand with each meeting, while her father contrastingly becomes smaller and thinner. Her green appearance intensifies, and the narrator’s anxieties about her relationship with this woman, as well as her relationship with her father, increase in correspondence to her deepening emerald hues.

It is unclear whether these green women are real or imagined. Each green woman seems to occupy her own unique space in the narrator’s psyche, with some inhabiting a place more ephemeral than others. In essence, however, each of the green women represents an element of the narrator’s identity. Perhaps they are metaphors of past experiences, or manifestations of ongoing anxieties. The green women seem to follow no set rules.

NDiaye’s memoir left me with the bittersweet aftertaste of thoughts surrounding the green women in my own life – who they are, when I see them, and what they represent

During the process of the non-chronological memoir, the narrator’s ability to recognise a green woman becomes less reliant on the colour green itself. Soon, the narrator can identify a green woman without any presence of green at all. What’s more, while she is not exactly comfortable in their presence, she has learnt to appreciate their worth, and cannot imagine living a life without them: “how to find bearable a life without women in green exhibiting their slippery silhouettes in the background.” The mysterious green women that shape-shift throughout the narrative might be at once representative of the narrator’s fears and anxieties, as well as her pleasures and passions. While the narrative carries a sense of foreboding dread throughout, NDiaye’s Self Portrait in Green portrays a symbiotic relationship, in which the narrator relies as much on the presence of the green women as much as she fears recognising and meeting another.

NDiaye’s memoir left me with the bittersweet aftertaste of thoughts surrounding the green women in my own life – who they are, when I see them, and what they represent. While we don’t learn much in terms of NDiaye’s life itself, this memoir offers alternate viewing points into her identity and self-perception, as well as indulging us in the exploration of our own green women. It is rich with visceral descriptions of these curious green figures and dense with language that portrays NDiaye’s own disorientation. In this unusual self-portrait, which deeply explores themes of childhood and familial relationships, Ndiaye – through Stump’s translation – brings to life the elements of our identity that shape us and encourages us to embrace the unease of anxieties as an intrinsic.

Self Portrait in Green is published by Influx Press and out now in paperback.

Cover image of Self Portrait in Green, used with permission, courtesy of Influx Press. This image shows a woman’s silhouette in various shades of green, looking over her shoulder, as well as the book title and author name.