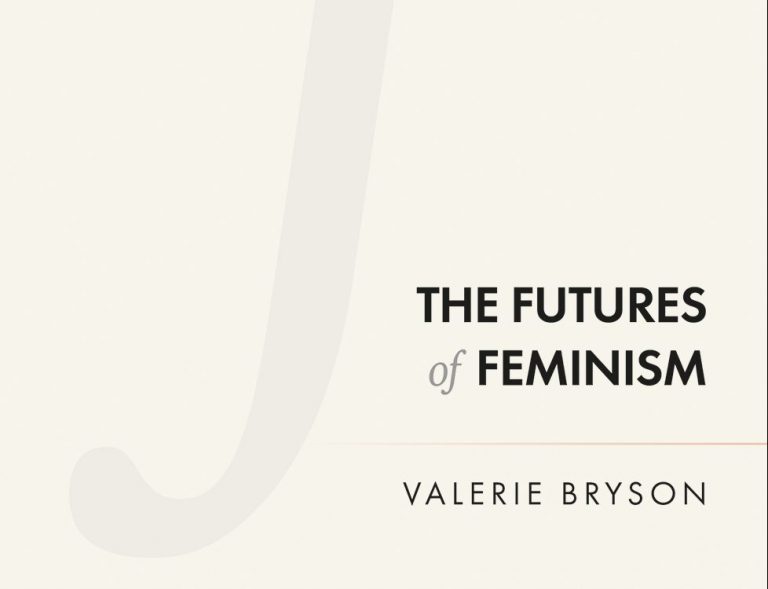 Feminists should logically be socialists

Valerie Bryson’s latest book, The Futures of Feminism, lies at the intersection of what she names the “big three” forms of oppression: gender, race and class. Bryson, a retired political scientist and active researcher, asserts that the needs of the majority of women won’t be met under capitalism, a system based on the pursuit of individual profit. This book is a prosaic ode to an imagined socialist, feminist future – a future based on solidarity, co-operation and the pursuit of collective good.

Quoting feminist heavyweights such as Crenshaw, Butler, Lugones and Eddo-Lodge, Bryson demystifies patriarchy, enforcing that it should not be understood as the sole form of oppression experienced by women, but as co-existing with other dimensions of inequality and exploitation like class and race.  With a mixture of academic rigour and accessibility, she illuminates some key terms used in feminism: gender, sexism, patriarchy and wider political terms such as capitalism and neoliberalism. “The goal of feminists and socialists is […] to challenge the nature and extent of existing inequalities, distribution of rewards and the principles that underpin them”, Bryson professes.

In what may be the book’s most refreshing take, Bryson rejects the idea that humans are inherently competitive, entrepreneurial and self-sufficient. This is Bryson’s own disapproval of “Girlboss feminism”

The second half of the book shines a light on certain political agendas; the liberal feminism and postfeminism of our neoliberal age, and how these brands of feminism fail to recognise the complexity of women’s economic inequality. While she does address the greatly varying economic inequality between white, Black and brown women, as in her previous publications, class remains at the heart of Bryson’s book, with race and intersectional feminist theory remaining in the background.

In what may be the book’s most refreshing take, Bryson rejects the idea that humans are inherently competitive, entrepreneurial and self-sufficient. This is Bryson’s own disapproval of “Girlboss feminism”, the neoliberal feminist and postfeminist agenda that focuses on professionally high-achieving women and their personal sacrifices for economic power as a signifier of women’s liberation. Bryson adds that current neoliberal economics of the Global North are unfit to provide the basis for a feminist-focused politics and international economics that could benefit the majority of women.

To envision an alternative economic future borne from feminism, Bryson turns to Katerine Marçal’s book on women and economics, Who Cooked Adam Smith’s Dinner? Borrowing from Marxist ideas of cooperation and wealth distribution, Bryson cites his famous principle “from each according to their ability, to each according to their needs”. The socialisation of domestic labour and care work proposed by socialist feminism is opposed to the inconsistencies of neoliberal feminism that invites women into the workplace, maintaining the assumption that they should, will and practically can continue to meet their families’ domestic, nurturing and emotional needs alongside paid labour.

In line with this, Bryson’s book argues against the value placed on individual competitiveness today, a notion that was greatly challenged by the Covid-19 pandemic which exposed the magnitude of humans’ social interdependence. While the pandemic saw teachers and nursery staff proven as essential workers, teachers were simultaneously demonised and pressured by the Tory government to return to unsafe working conditions. The mainstream response to Covid-19 has brought into question liberal and neoliberal beliefs that disregard the value of care work and has illuminated just how far Western politics are from recognising the value of those who perform such labour.

Not to mention how lockdowns exposed that it remains largely women who carry out reproductive labour, as well as full-time employment, in the absence of paid childcare. The trend of women taking on this so-called “double-shift” of paid and unpaid labour dispels the postfeminist myth that Bryson critiques, that engaging in paid employment is the key to women freeing themselves from domestic labour. But something I found disappointing and contradictory in Bryson’s book is her failure to apply the same critical eye that she reserves for neoliberal feminism when examining trans-exclusionary feminism.

On one hand, Bryson sees ideas around gender fluidity as “potentially liberating” and rejects the notion that “biological sex is an inevitable basis for binary classification”, but she also makes a questionable assumption about some trans women’s motivations for transitioning. Bryson writes, “I can also understand how someone might look at their society and think, ‘If that’s what it means to be a man, then I want no part of it, I feel much more like a woman’”, carelessly equating the gender identities of trans women to a feeling of rejection of toxic masculinity, rather than an expression of their personal gender identity.

But Bryson is also not vocal about endorsing trans-exclusionary ideas and shows some support and sympathy for trans women. Unlike most trans-exclusionary feminists, she welcomes the use of puberty blockers from an early age, as well as genital surgery. Her proposal of abolishing gender from birth certificates is different from traditional trans-exclusionary narratives that just don’t acknowledge gender at all. Instead, she calls for issuing a changing, non-legally binding gender certificate to be obtained at 18. “It makes no sense to give legal recognition to something as personal and potentially fluid as an identity”, she writes.

All in all, her approach towards gender identity still appears rather condescending and her overarching proposal focuses mostly on fighting misogyny – cis and trans women together – rather than acknowledging the different ways trans and cis women experience misogyny. Bryson does not explicitly disregard trans rights and identities, but it is her under-critical, objectivity and lack of punitive language which disappoints. Language is important and trans women are women – and the book missed this obvious statement. Bryson broadly discusses moving beyond individual or group rights and focusing on ideas around solidarity and difference, which feels redundant considering her lack of interest in how trans identities are formed and exist. Considering the socialist focus of her book, Bryson fails to concretely explore ways trans women specifically could benefit from more socialist politics.

“Feminism and socialism are both inherently optimistic”, writes Bryson, concluding positively on imaginations of a socialist feminist future. “For many, this optimism is based on the understanding that we are not essentially solitary and independent creatures, and that human nature is not exclusively selfish and competitive”. This is why contributions to society should include love and care, in addition to material goods – so that those, mostly women, who invest time caring for others are not economically penalised and financially dependent on others.

The Futures of Feminism proves that socialism and feminism have a lot in common and makes a solid case for a future that embraces egalitarian principles. Bryson advocates for a system where economic security, independence and safety are better distributed for the benefit of the majority of women. But Bryson’s imagined future lacks specific responses and resilience mechanisms to better protect minorities, something that both socialism and feminism should prioritise.

The Futures of Feminism is published by Manchester University Press and available for purchase here.

The cover image shows a cropped version of the book’s cover. The cover design shows a plain cream background with a large “f” in the center. This image is used with permission from Manchester University Press.