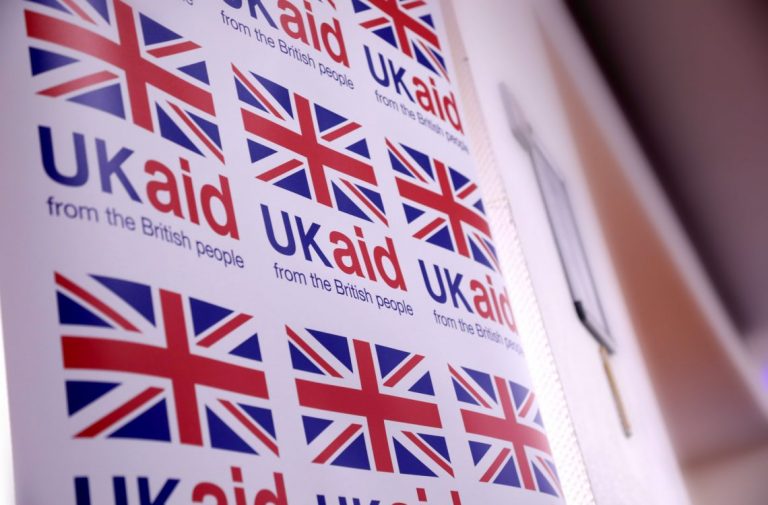 UK aid budget cuts will be devastating for women and girls

Conservative governments since 2010 have mastered the art of peddling the best interests of the British people to justify disastrous policy decisions. Under Boris Johnson, the Tories evoke these interests with increasing regularity. Throughout the pandemic, the Tories have justified avoiding lockdowns by citing the potentially negative economic consequences for the British people, only to subsequently change their approach and frame lockdowns as in the interest of protecting British people from the virus. However, the Conservatives’ knack for framing policy changes as explicitly protecting the economic interests of UK citizens without ever delivering real material benefits to these citizens is most visible in their foreign policy.

The recent announcement of the UK Foreign, Commonwealth and Development Office’s plans to cut its annual foreign aid budget from 0.7% to 0.5% of national income is predicted to have devastating effects throughout the Global South. To add insult to injury, expenditure of 0.7% of the national income on aid was enshrined in law under the International Development Act 2015. The Tories have since been accused of acting outside of the law by enacting such severe cuts. Yet Johnson’s government have misleadingly framed the slashing of the aid budget as an economic necessity, allowing for more money to be spent on the British public at home. In reality, poverty among working people remains at an all-time high, and in 2020, UNICEF had to intervene to feed UK children for the first time in its history.

Among the organisations set to have their aid funding scrapped is Irise International, an NGO working in Uganda and the UK to eliminate period poverty and educate girls about menstrual health. I spoke to the organisation’s CEO, Emily Wilson and Patricia Humura, Policy and Advocacy Officer at their East Africa branch about the impact of the double-threat of the pandemic and looming aid budget cuts. “The pandemic has brought with it so many different challenges,” says Humura. With many girls out of school and forced into homes that are unsafe or economically unstable thanks to the new lockdown in Uganda, the likelihood of their returning to school is small. “When girls start to menstruate, they are looked at as adults and ready for marriage,” said Humura, “so, many girls are forced into marriage so families can use their new partners to buy economic necessities”. Humura went onto say that without the strong support system these girls benefit from at school, many are also at risk of falling pregnant during lockdowns.

In Uganda and across the world the pandemic threatens to reverse the past decade of progress in improving the lives of women and girls. UN Women estimates that some 47 million women will be pushed into extreme poverty because of the pandemic. Globally, more women than men are unemployed, working in informal jobs without access to protections or carrying out unpaid domestic labour. As a result, women are disproportionately bearing the brunt of the social and economic consequences of Covid-19.

During the first wave of the pandemic in Uganda, Irise were able to mitigate the effects of lockdowns on young women and girls in these communities. “We got funding from UK aid to mobilise our community infrastructure to protect girls, and we ran an interim safeguarding program in partnership with local government”, recounts Emily Wilson, CEO of Irise International, “we protected thousands of girls who were at acute risk of [school] drop out and early marriage”.  But cuts to funding mean these girls are once again at risk during the second wave of the pandemic.

Cuts to foreign aid expenditure are predicted to have a devastating impact across the world. But women and girls seem most at risk of having their lives adversely, and potentially irreversibly, impacted

Separate analyses undertaken by Save the Children and Brac indicate that cuts to the UK aid budget will push hundreds of thousands of girls out of education. These predictions come in parallel with the announcement of a new target from the G7 Group of Nations: to send an additional 40 million girls to school worldwide. “What we’re seeing is a complete disconnect between what the government is saying and these cuts,” says Wilson, who continued that the cuts were announced without warning or consultation and will affect projects already underway. With delays to the reopening of schools in Uganda announced, Wilson and Humura report that women and girls in the communities supported by Irise funding have begun to give up hope.

So what needs to happen to preserve the past decade’s progress and protect the futures of girls across the world? For Wilson, now is the time to increase investment in aid expenditure in the short-term, not reduce it. “We need to use our existing delivery mechanisms; use the infrastructure we’ve already got to reach these girls and safeguard them through lockdown, and then we need to transition them back into school.” Without a renewed commitment from the UK to see their projects through to the end, Irise estimates that the futures of 10 million girls and young women are at risk. Unsurprisingly, and despite the Conservatives’ self-serving public discourse around ‘looking after our own’, Irise reports similar sentiments of hopelessness among the girls they support in the UK. “Though the issues they’re experiencing are different, we’ve seen in both contexts an enormous chasm between the people in government making decisions and the girls we support”, Wilson commented.

The UK’s framing of budget cuts in overseas expenditure as necessary for domestic economic prosperity is at complete odds with the everyday deprivation experienced by 14.5 million Brits. When considering this contradiction in tandem with the G7’s new targets relating to girls’ and young women’s school attendance, there seems little justification for such severe cuts during a global crisis that is already putting the futures of women and girls at risk. Now it is more important than ever to put pressure on the government to reconsider these potentially catastrophic budget cuts. Please consider emailing your MP to express your opposition to the cuts and support the futures of young women and girls in Uganda, the UK and beyond.