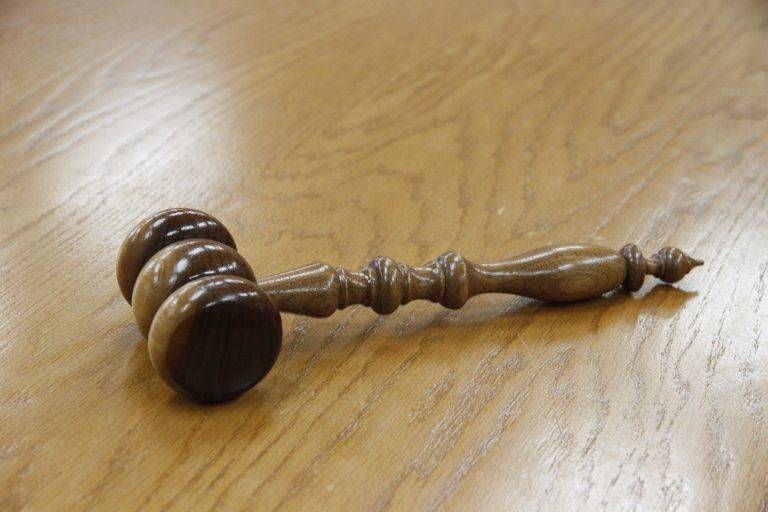 Why is rape so difficult to prosecute?

CW: discussion of rape and domestic violence. The discussion is non-explicit and centres around statistical/legislative contexts. No graphic accounts or images are included.

“How often are rape victims failed by the criminal justice system? The answer is deeply upsetting: nearly always.” – foreword to ‘The end-to-end rape review report on findings and actions’, HM Government (June 2021)

Following years of falling police referrals and Crown Prosecution Service (CPS) charges, the long-awaited Government review into the criminal offence of rape in the UK justice system has finally been published. A rather depressing read, it left me with one main thought: why are we still struggling to appropriately criminalise rape?

In her renowned book Eve Was Framed, Helena Kennedy QC discusses how traditionally the law has been often confined to the public arena. Whilst the operation of the law in the public-facing spheres of the commercial world or in the interests of public safety is supported more readily by society, tension often arises when the conversation turns to the regulation of what is seen as purely private behaviour. The affairs of the home are a prime example of this, and for years this was used by legislators as the rationale for not criminalising acts such as domestic abuse and marital rape (which was only criminalised in the UK in 1991 following the case of R v R). The sexual nature of rape means it is often not distinguished from the intimate and private act of consensual sexual conduct and the violence of the crime is lessened. This is evidenced by the fact that outdated and erroneous beliefs as to what constitutes rape are still widely held by the public today, in spite of legal changes surrounding the crime.

A 2018 YouGov survey revealed that a third of British people still believe that rape must involve the use of physical force, and almost a quarter believe that non-consensual sex within long-term relationships is not usually rape. The treatment of rape as a crime, and of rape victims generally, highlights how such victims struggle to be included in the ‘public’ whose protection justifies the interference of the law. The majority of these victims are women (84% of victims of sexual offences were women in the year ending March 2020).

The difficulties encountered when attempting to use the law to regulate private behaviour are both theoretical and also practical.  There are often no third-party witnesses to a rape; nor is there usually mounds of evidence. Any physical evidence is often long gone, with two normal responses to this kind of trauma being to immediately wash away any evidence, or to delay calling the police due to shock. These evidential difficulties reduce many rape cases to one party’s word against another’s, and in a criminal courtroom this is not enough for a rape conviction. Even if charges for lesser offences such as battery were asserted instead, some level of physical or witness evidence is typically required before the CPS will consider the charges worth bringing.

Understanding the theories behind the reluctance to prosecute rape and the evidential difficulties inherent in it leads to the inescapable conclusion that rape is one of the hardest crimes to criminalise effectively.But this is not a reason to forego justice for the thousands of victims whose rights to bodily autonomy and consent are violated every year. The classification of rape as a criminal offence under Section 1 of the Sexual Offences Act 2003 demonstrates some recognition of the seriousness of the offence. However, just because something is a crime does not render it any easier to prosecute, and rape has always been a glaring example of this due to the aforementioned evidential complications as well as the social stigma and myths surrounding the crime.

Since 2016, police referrals to the CPS, charges and conviction rates have been falling drastically.Whilst a clear comparison of the data across the years is not easy to carry out due to changes in the methods of reporting, the general downward trend is obvious. In 2016/17, ‘rape-flagged’ convictions (which include cases initially flagged as rape, but later result in a lesser charge) peaked at 2,991. By 2019/20, this figure had dropped to 1,439. Similar trends are found in the data concerning prosecutions and police referrals to the CPS.   Against this backdrop, it is no wonder that the Victims’ Commissioner, Dame Vera Baird, concluded that “we are witnessing… a de-criminalisation of rape”  in her first annual report in 2019/20. The sad reality is that in 2019, only 3% of rape complaints to the police resulted in charges being brought.This constituted 885 defendants being brought to Magistrates Court with charges of adult rape in 2019/20. Of these, 344 resulted in convictions.

At least, this was the sad reality at the end of 2019. But as we all know, when the Covid-19 pandemic hit, the world stopped. Except for the victims of domestic abuse and rape, of course. As police forces and the justice system struggled to adapt to the ‘new normal’, demand for their services from such victims grew due to the increase in abuse stemming from being confined to our homes. The ‘Stay at Home’ order was for public safety. For victims of domestic abuse, however, the home is often a place of violence.

The impact of the pandemic also extends to the already-stretched justice system. The average wait time of 145 days (in 2019/20) between a rape being reported and a charge being brought represented a marked increase from 108 days the previous year. It is reasonable to predict that this general upward trend in waiting times will be eclipsed by the delays caused by the pandemic. The waiting time for a case to then progress to court is even longer, with a backlog in the courts of 39,000 cases (resulting in an average wait time for a jury trial of 32 weeks) already established prior to the pandemic. Despite emergency measures such as the creation of Nightingale Courts, approximately 17,000 more cases have been added to this backlog as a result of Covid-19 (as of March 2021).

This assumes the case even gets to court. In 2019, the Law Society uncovered the use of a policy by the CPS between 2016 and 2018 whereby overall conviction rates were manipulated. Instead of merely applying the standard ‘Full Code Test’ of whether there is “reasonable prospect” of a conviction (where this is such a prospect, the CPS will bring charges), CPS staff were instructed to also apply a second standard – that of a ‘rate of ambition’. This involved the consideration of the likelihood of a case negatively impacting the CPS’ goal of achieving a 60% conviction rate on rape, effectively raising the standard for charges to be brought far above that of a ‘reasonable prospect’. The use of this policy was initially covered up. Despite all of this, the CPS still won a judicial review case brought by ‘End Violence Against Women’. It remains to be seen whether the Director of Public Prosecutions will waive the CPS’ asserted right to claim all legal costs –amounting to £75,000 – from the group.

These figures are all very cold; however, we cannot forget that, just as with the Covid-19 figures we are all now slightly too accustomed to hearing, behind every number is a person. The psychological toll of the rape itself is only exacerbated during every stage of an attempt to receive justice. Often called the ‘second rape’, the burden of enduring the police process (which may include an additional violation of privacy through invasive examinations to recover evidence) followed by the prospect of having to face the defendant again and relive the experience in the clinical setting of a courtroom can be extremely traumatic for victims of rape and sexual assault.

Now imagine that this process is drawn out, not merely over a few weeks, but over several months, if not years.

During this time, not only do the victims potentially have to see the defendant again (in the majority of cases, the defendant has a prior relationship with the victim), but they also have to face both the mental strain of waiting for closure from the incident and the societal stigma associated with rape. We saw earlier the outdated views regarding the definition of rape still held by a sizable minority of the public. The counterpart to these views is the culture of victim-blaming that invades our police stations and courtrooms through the conscious and subconscious beliefs of police officers, juries and judges. It is therefore unsurprising that the number of victims withdrawing their support for the case to progress has been rising each year, culminating at 57% of all rape cases in 2019/20.

All of these failures are listed in the Government’s ‘end-to-end’ review. They are clearly not the easiest problems to solve, especially those linked to deeper societal and cultural flaws relating to how victims, who are usually women are treated. However, several other issues, such as the long waiting times for cases to be brought or the lack of support available to victims (further increasing victim support withdrawal), are more easily solved. The most obvious starting point would be to increase funding for the sexual crime teams found in all areas of the justice system. Given that Her Majesty’s Courts and Tribunals Service (HMCTS) funding has dropped 21% in real terms between 2010/11 and 2019/20, is it any wonder that the courts system was on its knees even before the pandemic? The solving of these administrative issues becomes even more important when considering how these problems contribute to the aforementioned societal issues. When legislators start to prioritise crimes against women – or at the very least, when they start to be taken as seriously as they should be in the 21st century – the justice system is and will be uniquely placed to send a message to wider society that enough is enough. Equality is no longer to be used as a mere buzzword.

Unfortunately, the Report fails to address any of these issues on a practical level. Whilst one of the main promises is to return conviction rates to pre-2016 levels, the detail on how this will be brought about is lacking. Littered with promises to “establish frameworks” and publish further “strategies” and “progress updates”, the Report holds the tone of a classic example of bureaucracy. The promises have timelines of up to two years; what about the thousands of victims of rape in the meantime? When even the Government is publicising the meagre promise to return victims’ phones taken for evidence within 24 hours as one of the key practical recommendations of this ‘end-to-end’ review, it is unsurprising that women’s groups nationally are disappointed.

The history and context surrounding the criminalisation of rape in the UK is complex and inextricably tied with patriarchal stereotypes, assumptions and power dynamics. The calls for a more effective criminalisation of rape and a more adequate handling of victim support (both within the justice system and in wider society) must continue to be central to the feminist cause. Equality without safety is not a compromise that should or need be made. Indeed, true equality cannot be achieved without a change in how society views violence against women. The legal system is uniquely placed to send the message that this change is here, and this can be done simply through a refusal to brush crimes which affect predominantly women under the carpet. But the legal system must be supported by Parliament and Government in this plight- the law on rape and the procedural elements of rape cases (such as the laws regarding evidence and witnesses) must be changed, funding for the systems surrounding the handling of rape cases must be increased and better training to remove judicial and jural bias must be developed. The Government’s Rape Review had the chance to be the first step towards making these practical changes. But it failed. Years in the making, perhaps the most appropriate description of the Report is the old adage ‘too little, too late’.