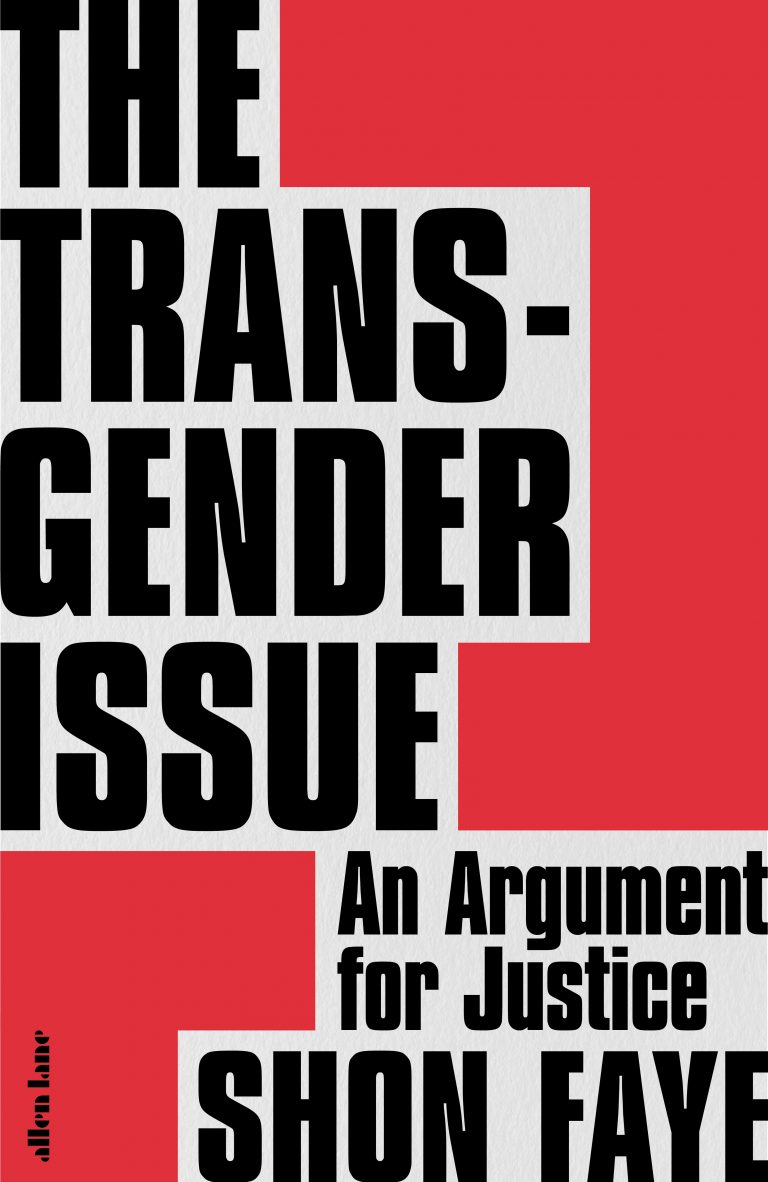 “The existence of trans people”, writes Shon Faye, “is a source of constant anxiety for many who are either invested in the status quo or fearful about what would replace it”. Faye’s powerful new book makes no attempt to allay those anxieties: justice for trans people, she argues, cannot be attained without challenging the root causes of social injustice everywhere. Faye imagines trans liberation as necessarily part of a wider struggle, and she invites her readers to rise to this challenge by carefully and unflinchingly examining just where their political and ethical commitments lie.

Faye’s is not the only recent book that attempts an ambitious overview of the trans ‘issue’ (other offerings range from Eric Stanley’s hard-hitting Atmospheres of Violence: Structuring Antagonism and the Trans/Queer Ungovernable to Helen Joyce’s transphobic, Trans: When Ideology Meets Reality). But where the book differs from other recently published titles, is in Faye’s inclusion of first-hand accounts and the wealth of both original and secondary research that inform her arguments.

This approach is sadly all too uncommon in current literature, media, policy and even legal discussions of so-called ‘trans issues’. As Faye is quick to point out, it is unhelpful and reductive to treat trans lives and concerns as an ‘issue’ apart from the wider struggle for social justice. And yet trans lives are frequently discussed and adjudicated upon as a public ‘issue’ by those who have no real stake in the matter.

But Faye’s inclusion of first-hand accounts does well to add nuance to oversimplified public arguments. Her interview with Rudy Harries, a trans man who escaped from life-threatening domestic abuse, is a case in point. The public hysteria whipped up around the contentious issue of ‘men’ (a word often wrongly used to describe trans women) in women’s safe spaces has created a climate where few trans people feel safe to access women’s or men’s domestic abuse shelters. As one of these people, Rudy opted instead for a homeless hostel, where he ended up in close confines with a man formerly convicted of violent homophobic crime.

Austerity is not what most people think of as a ‘trans issue’, but cuts to public services and benefits are arguably more relevant to many trans people’s lives than the high-profile conflicts which dominate media

Including actual trans voices, and the voices of specialists who work with trans people, can make a critical difference. This is evidenced in the recent overturning of the Bell v Tavistock ruling: a case which challenged the capacity of young people to consent to hormone blockers. Blockers can be used to pause puberty, buying time for those experiencing gender dysphoria. The original ruling, which the court of appeal maintained should never have been granted a hearing, required healthcare providers to seek court approval for each individual patient. And while the ruling placed an unprecedented juridical burden on healthcare for young trans people, it neglected to include a single trans witness, or even an external expert with relevant clinical experience.

Impressively, Faye makes her case not by relying on giants of queer feminism like Judith Butler and Jack Halberstam, but by drawing on the texts of second wave feminists influential in radical feminist thought, such as Andrea Dworkin and Catherine MacKinnon, to show that trans-antagonism is not an inescapable logical extension of core feminist principles, but an independent variable. Faye is strategic in her selection, with these thinkers less easily dismissed by the feminists who are likely to resist arguments for trans liberation and often position themselves as defenders of a proud feminist tradition.

For trans activists and their allies, Faye makes an equally important argument against single-issue identity politics. This is not only because trans people who also experience other forms of oppression are frequently the worst affected by discrimination, but also because these oppressions are structurally connected. As Faye points out, the introduction of the Universal Credit system, which drastically cut many people’s access to welfare support, likely had the most damaging impact on vulnerable trans people of any policy change in recent history – not least because the wait to receive benefits can sometimes make the difference between living on a low income and homelessness or destitution.

Faye stops short of underscoring and unpicking the fundamentally anti-feminist alliance between ‘gender critical’ groups and anti-abortion campaigners, merely suggesting the case should give “pause for thought”

Austerity is not what most people think of as a ‘trans issue’, but cuts to public services and benefits are arguably more relevant to many trans people’s lives than the high-profile conflicts which dominate media and public consciousness, such as the Gender Recognition Act reform. A liberal emphasis on trans ‘rights’, imagined as an individual freedom rather than comprehensive structural change, though not unimportant, comes at the expense of a politics of solidarity that recognises a need for deeper transformation. Faye insists on liberation rather than ‘equality’ because she contends that: “Trans people should not aspire to be equals in a world that remains both capitalist and patriarchal, and which exploits and degrades those who live in it.”

For this reason, Faye dedicates an incisive and well-researched chapter each to both class struggle and sex work, but it is in the book’s final chapters that her commitment to a politics of solidarity really bites. Faye asks: “to what extent [do ] the challenges trans people present to lawmakers expose fundamental flaws in the entire system?” For Faye (and Angela Davis would agree), trans liberation is bound up with the abolition of the carceral system itself. At their roots, racism, sexism, classism, homophobia and transphobia are all about policing bodies and identities in the interest of power and profit.

The same deep-reaching critique of racial capitalism and the prison-industrial system underpins the author’s account of trans people’s historically complex relationship with ‘mainstream’, and sometimes trans exclusionary, LGB and feminist movements. Faye’s writing is critically reflexive and rigorous with her account of the Stonewall riots deftly sidestepping myth-making squabbles over who ‘started’ the riots to engage with the critical point that it was a struggle rooted in solidarity rather than identity.

Faye’s writing is informative – so informative, that I sometimes found myself wondering just who the book was written for. For me, an engaged trans reader, the first chapters included little I didn’t already know about the bleak state of affairs for trans people in the UK. But I found it hard to imagine anybody new to the subject persevering through such a detailed catalogue of ills. Just shy of 300 pages, it’s not the sort of entry-level guide I’d be confident recommending to curious, well-meaning bystanders or even to casual allies. The combination of depressing stories and forthright political opinion might just come as too much of a shock.

But Faye is gentle and sympathetic in her handling of defensive cisgender sensibilities. Though not conciliatory in tone, the book does not hesitate to recognise the genuine internal conflict experienced by some feminists when trans politics has complicated their sincerely held beliefs and political tenets. In fact, this could be seen as one of the central projects of the book: to convince the trans-sceptical, those not familiar with the struggles of trans people, that they too, stand to benefit from including trans perspectives in their feminism. She shows that the struggles of trans people – men, women and nonbinary people – offer a number of unique and crucial insights into the inner workings and oppressive machinery of misogyny. She recalls the long history of trans involvement in inclusive feminist and LGBT+ movements, challenging the notion that there is anything new about the presence of trans people in the fight for gender and sexual liberation.

This is, perhaps, a difficult balance to hold. To make her argument relatable to trans-sceptical readers, Faye must tread a fine line between critique and empathy. At times, I found myself wishing she would do more to drive her points home. Pointing to the Bell vs Tavistock case, Faye highlights the fallacy of using the rare cases of trans people regretting transition as a justification for preventing access to puberty blockers for all, and notes the non-coincidental links between trans healthcare and anti-abortion cases – Bell’s lawyer Paul Conrathe has worked extensively with anti-abortion campaigns. But Faye stops short of underscoring and unpicking the fundamentally anti-feminist alliance between ‘gender critical’ groups and anti-abortion campaigners, merely suggesting the case should give “pause for thought”.

She also neglects to pull apart the underlying logic of the Bell case, which argued that because most patients who take puberty blockers go on to take ‘cross-sex’ hormones, the blockers can be seen as a kind of ‘gateway drug’. This is a glaring example of the correlation-causation fallacy that children who take puberty blockers always go on to take ‘cross sex’ hormones. The simplest explanation for these statistics is that puberty blockers are in practice denied to young people in all but the most unequivocal cases. In other words, the high correlation is a measure of the strictness of existing protocols. It is certainly not evidence of the kind of trans healthcare conveyor-belt system which anti-trans campaigners like to dream into existence.

While no doubt shocking to the uninformed reader, Faye’s description of current NHS waiting times for gender identity clinics (GICs) sitting at three years for an appointment still paints a misleadingly bright picture. Whether this mistake is down to an editorial reliance on outdated official figures, or lack of awareness on Faye’s part isn’t clear. More current data collected from GICs indicates wait times of well over five years for a first appointment. What even this figure obscures is that further waits follow to complete a second assessment before any kind of medical treatment is offered.

If Faye sometimes pulls her punches, she nevertheless makes a compelling and forceful argument that injustice against trans people is injustice against everybody. “The existence of trans people”, Faye writes, “ought to make everyone take a long hard look at their own dearly held ideas about gender, and wonder whether these ideas are quite as stable and certain as they once thought”. “This would be healthy”, she states simply and with justified conviction, not just for trans rights but for everybody in a society where gender underpins many of our most persistent insecurities and inequalities.

Faye’s debut book is nothing short of transformative; from here it is down to us to take heed.

The Transgender Issue: An Argument for Justice is published by Allen Lane and available here.

The first image of this review shows the cover design of Shon Faye’s book. The title is in a bold, black front and is displayed on a white and red background.

The second image is a portrait of Shon Faye by Paul Samuel White. Faye is wearing a black jumper, a silver necklace and red lipstick. She is standing infront of a grey background.

Both images are used with permission from Penguin.