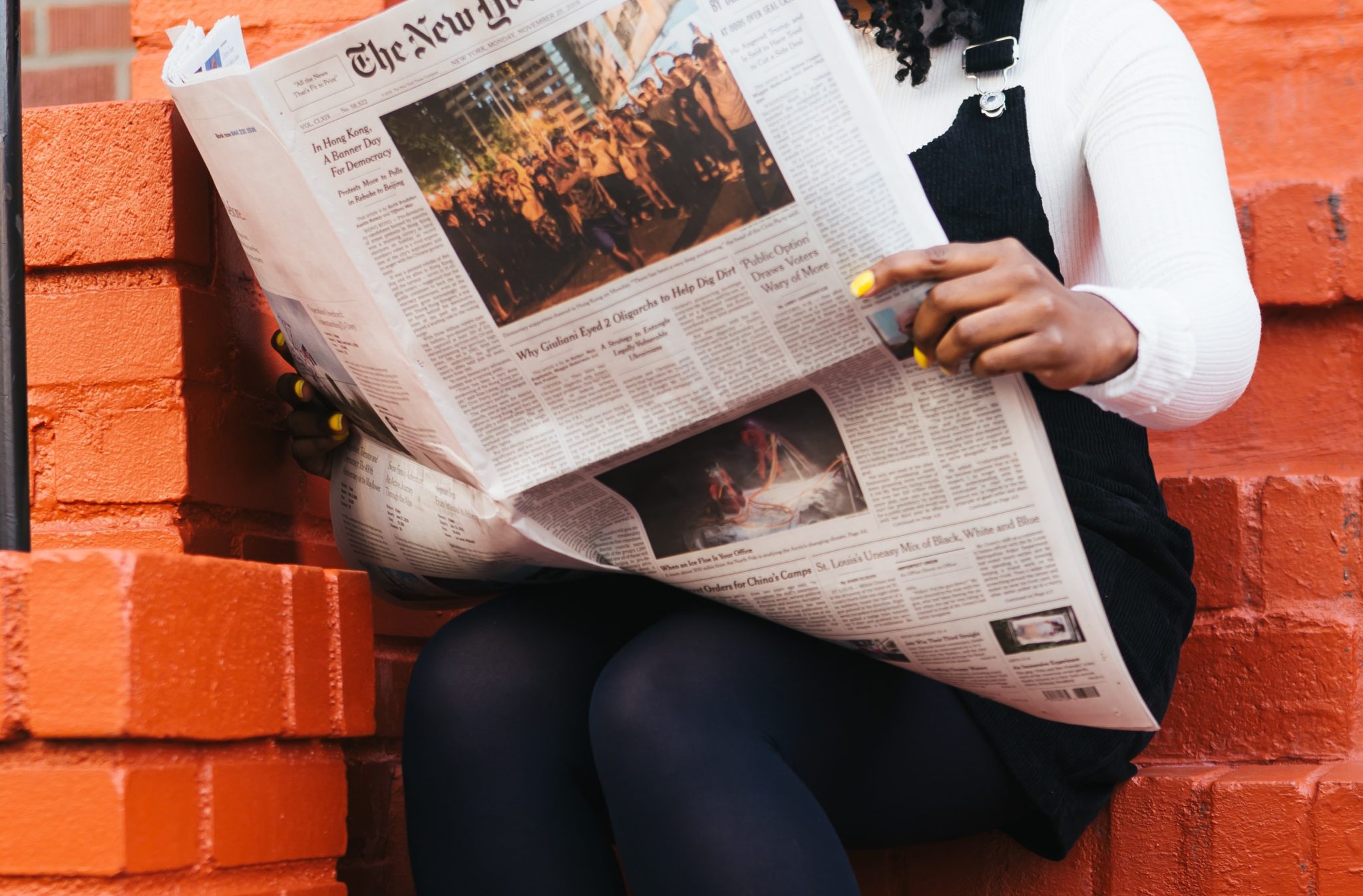 We have a bumper crop of articles for you this week, so we’ve broken them down by category to make it easier for you to find the articles that really interest you.

As always, linking to articles does not mean endorsement from The F-Word and although we’ve added content notes where possible, some of the links may contain upsetting information.

We welcome debate in the comments section and on Facebook, Twitter and Instagram. However, any comments containing sexist, racist, homophobic, classist, transphobic, disablist or anti-sex-worker language will be deleted immediately. If you think we’ve missed any important articles or issues from the past week, let us know!

The inspirational rise of drag kings: ‘We are smashing down doors left, right and centre!’ (Ella Braidwood, The Guardian)
From the article: “Armed with swagger, charm and – at times – gyrating hips, drag kings seek to do anything from dismantling the patriarchy and toxic masculinity[…] to covering mental health, sexuality and gender identity.”

As Kuwait cracks down, a battle erupts over women’s rights (Isabel Debre and Malak Harb, The Washington Post)
From the article: “Some advocates attribute the conservative backlash to a sense of panic that society is changing. A year ago, activists launched a groundbreaking #MeToo movement to denounce harassment and violence against women. Hundreds of reports poured into the campaign’s Instagram account with harrowing accusations of assault, creating a profound shift in Kuwaiti discourse.”

Hijab protests spread in India as girls refuse to be told what not to wear (Rhea Mogul, Manveena Suri and Swati Gupta, CNN)
[CN: mention of Islamophobia]
From the article: “Activists say the hijab row is yet another example of a broader trend in India – one that has seen a crackdown on India’s minority Muslim population since Prime Minister Narendra Modi’s BJP came to power”

Talks to decriminalise sex work in South Africa begin (Nompilo Kunene, News24)
[CN: mention of sexual assault, violence and police harassment]
From the article: “Sex worker advocate Megan Lessing […] said they are excited […] they are finally getting their voices heard on the issue of decriminalising sex work. ‘There’s a notion that by decriminalising this industry that everyone would now want to start working as a sex worker, and that it will increase human trafficking. All this is not true… It’s not the responsibility of sex workers to stop human trafficking, it’s the government and police’s job.’”

Sex work records should be erased (Ian Mulgrew, Vancouver Sun)
From the article: “On Wednesday, [Susan Davis] launched a proposed class action in B.C. Supreme Court hoping to obtain in the end an order to expunge the records of those convicted of unconstitutional sex laws, to stop their use and win some recompense.“

EHRC caught tampering with Human Rights tracker at request of anti-equality organisation ( Mallory Moore,  Trans Safety Network)
From the article: “Further investigation by @TransLibertyUK revealed […] that this change happened after the LGB Alliance had made a request for this wording to be changed. Alarmingly, the note below the assessment log in both cases shows the date of the assessment of the UK’s status (18th March, 2021, 2 months before the LGB Alliance made their complaint about the language to the EHRC), with no indication that this assessment […] had been amended to meet the requests of a known anti-trans organisation.”

The pain and joy of rediscovering my trans tears (Dawood Qureshi, gal-dem)

Trans girl pretended to ‘break her arm’ so she could go to the toilet due to cruel bathroom policy (Maggie Baska, PinkNews)

A mile in her jackboots: writing TERFs as a trans Author (Gretchen Felker-Martin, Autostraddle)
[CN: mention of transphobia]
From the article: “The challenge of writing about human monsters is that you have to confront the ways in which they’re exactly like you are.”

Grace Lavery on her new memoir “Please Miss,” sex writing, and the trans glamour of Nicole Kidman (Drew Gregory, Autostraddle)
From the article: ‘Every trans memoir may claim to reinvent the subgenre, but self-identified “omnisexual chaos Muppet” Grace Lavery may have actually succeeded. Her new book, Please Miss: A Heartbreaking Work of Staggering Penis, combines memoir, theory, and fiction, in a way that tells a new trans story — new because it is entirely Grace.’

Why do people assume Black folks aren’t into anime when we’ve been here the whole time? (Brianna Lawrence, The Mary Sue)
From the article: “But for some reason which I, to this day, cannot comprehend, I remember being told that Black people (especially girls) just “weren’t into that kind of thing,” as if I wasn’t passing around those VHS tapes to other Black kids at my high school. Those Black kids were watching the Tenchi Muyo movie on that Sci-Fi (SyFy) Channel anime block just like I was, and those that weren’t? Knew who Goku and Sailor Moon were by word of mouth.”

Trojan Horse: A failure of British journalism. And that includes The Observer (Media Diversified)
From the article: “I want to focus on the UK media’s response to the podcast series and how it has been in the main deafeningly silent apart from some quibbling on the Muslimness of one of the podcast hosts. Which then begs the question why did the entirety of the non-Muslim UK press go with the hoax letter line?”

Men are creating AI girlfriends and then verbally abusing them (Ashley Bardhan, Futurism)
[CN: mention of domestic abuse, verbal abuse]
From the article: “chatbot abuse often has a gendered component. Although not exclusively, it seems that it’s often men creating a digital girlfriend, only to then punish her with words and simulated aggression. These users’ violence, even when carried out on a cluster of code, reflect the reality of domestic violence against women.”

Founder of She Matters developed an app for Black women with postpartum depression (Ron Miller, TechCrunch)
From the article: “Along the way, she did more than start a company. She went out of her way to design workshops and conferences to help other women of color in her position find their way together and to learn from her discoveries and her mistakes.”

Telegram: Where women’s nudes are shared without consent (BBC News)
[CN: mention of sexual assault, mention of child abuse]
From the article: “The rollout of ads on some public channels on Telegram – along with investment – has signalled that founder Pavel Durov is intending to monetise the platform. This is likely to increase pressure on Telegram and its libertarian founder to fall more in line with social media rivals such as WhatsApp […] For the women whose reputations have been destroyed and lives damaged by the sharing of their intimate images on Telegram, change cannot come soon enough.”

Essay: feminism, football, fucking (Mona Eltahawy, Feminist Giant)
[CN: mention of rape and domestic abuse]
From the article: “We have an idea of just how bad the abuse of women and children gets after supporters go home, specifically after Manchester United and Manchester City supporters go home. Researchers at the London School of Economics’ Centre for Economic Performance found that abuse started increasing after games, peaking about 10 hours after a game started, with about 8.5% more incidents than average at that point.”

Raith Rovers women’s captain resigns amid fury over David Goodwillie signing (Libby Brooks, The Guardian)
[CN: mention of rape]
From the article: “Fans and employees of Raith Rovers and sexual violence campaigners have reacted angrily after the Fife club confirmed on Monday night it was signing the striker from Clyde following weeks of speculation and growing concern from supporters.”

(Links for this week from Lissy, Holly, Jenny and Fliss from The F-Word team)

Photo by No Revisions on Unsplash and shared under the Unsplash license. Image shows a person holding open a newspaper while sitting on steps made of red bricks.