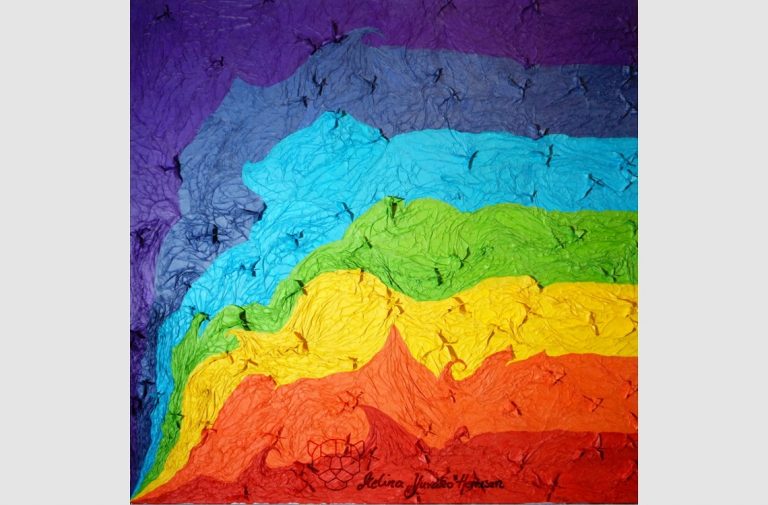 Today’s round-up begins with a list of articles about Russia’s invasion of Ukraine and therefore comes with an extra content warning for the discussion of war.

We’ve also been reading about a recent welcome change in the laws surrounding sex work in Belgium. In summary, this development means sex workers there can now access important employment rights and benefits. However, current available information suggests these changes won’t go far enough in terms of helping sex workers to operate as safely as possible, because any third parties in their business will still be committing a crime. This approach is problematic in ways that many sex workers themselves have been outlining for a long time (in resistance to the Nordic model). Along with presenting issues in terms of client screening, the move means any businesses offering services that could help make sex workers lives easier (e.g. accountants) will surely be at risk if they choose to work with them. Such stigma means these legal changes won’t have as much positive impact as they could.

That’s all I have to add for this week so, after the usual remaining caveats, I’ll hand over to the stories to do the talking!

Linking to these articles doesn’t mean they’ve been endorsed by the whole team and, while we’ve added content notes to the best of our judgement, it’s worth reiterating that many of the items contain upsetting details about discrimination, oppression and injustice, so do proceed with caution.

As ever, we welcome engagement on our Facebook page, Twitter, Instagram and comments section below. However, any comments containing sexist, racist, homophobic, classist, transphobic, disablist, ageist or anti-sex-worker language will be deleted, flagged or simply not published in the first place, depending on the protocol of the given platform.

If you notice that we’ve missed out any important articles/issues from the past week or would just like to comment more generally, please feel free to get in touch via our social media or the comment form below the ‘Related Posts’ section underneath this round-up post.

No to war in Ukraine as Russia launches invasion (Tomáš Tengely-Evans, Socialist Worker)

The Russia-Ukraine crisis explained: How the invasion unfolded (Thomas Kingsley and Joe Sommerlad)

Russia’s Feminists Are in the Streets Protesting Putin’s War (Feminist Anti-War Resistance, translated by Anastasia Kalk/Jan Surman, Jacobin) [Via Fliss]
From the article: “Feminism as a political force cannot be on the side of a war of aggression and military occupation. The feminist movement in Russia struggles for vulnerable groups and the development of a just society with equal opportunities and prospects, in which there can be no place for violence and military conflicts.”

How can Britons help the people of Ukraine? (Tobi Thomas, Guardian) [via Fliss]
[Also includes information on supporting local journalism and writing to your MP]

Here’s What You Can Do to Help People in Ukraine Right Now (Jasmine Aguilera, Time)
[Mentions additional charities to the ones explored in the link above]

‘I grew yam on my veranda’: inside London’s little-known Windrush gardens (Phoebe Weston, Guardian)
From the article: “The Sowing Roots exhibition [until 6 March] at the Garden Museum in Lambeth explores how Caribbean horticultural heritage has enriched British gardening. It tells the stories of 15 individuals through interview extracts, photographs and artefacts – including a pair of dirty gardening gloves, horticulture books and herbal teas.

“The idea for the exhibition came after the Windrush scandal in 2018, which exposed how thousands of Caribbean people who had been invited to the UK as British citizens had been wrongly targeted with deportation. The exhibition looks at how cultivating land has helped Caribbean communities to feel at home and rooted in the UK.”

Sex Work Is Work: Meet the Artists Fighting for Decriminalisation (Eloise Hendy, ArtReview)
From the article: “…[W]hile the relationship between sex work, art work, and other forms of labour under capitalism is, of course, crucial to Decriminalised Futures, the artists in this show start from a different premise and perspective. Instead of using sex work as a symbol for the indignity – the ‘debasement’ – of all paid labour, here sex work is approached as a lived reality, and a possible source of inspiration in the collective struggle for workers’ rights; for security and dignity.”

Sex/Work Strike March 8th (Decrim Now)
From the article: “Our workplaces should not be places of violence or harm. We have a right to work safely, collectively, and without police intervention. We have a right to refuse to work, to set boundaries, and to keep ourselves safe. We demand an end to violent, racist, brothel raids. We demand the right to work together for safety without being criminalised. We demand decriminalisation of our workplaces and our lives.”
[Post from 17 February]

Pandemic prompts Belgium to recognise sex work as a profession (Joe Barnes, Independent.ie) [Via Fliss]
From the article: “Sex workers in Belgium will soon be able to claim state pensions and other benefits after the pandemic prompted reforms to decriminalise their profession.

‘Crucial leap forward’: Belgium to decriminalise sex work (Maithe Chini, Brussels Times) [Via Genevieve]
From the article: “Under current regulation, sex work is allowed, but third parties involved with sex workers are committing a crime. The law aims to target pimps but in practice impacts other people involved with sex workers, from book-keepers and web designers to drivers, landlords and even banks.”
[This article is behind a paywall if you access the site on a mobile, but can be accessed in full without charge via the desktop version of the site (last checked at 10.16 on 28 February 2022).]

How Black feminists defined abortion rights (Keeanga-Yamahtta Taylor, The New Yorker) [Via Fliss]
CN: abortion, discussion of maternal death
From the article: “In 2014, three-quarters of abortion patients qualified as low-income or poor, according to the Guttmacher Institute. That year, Black and brown patients accounted for more than half of abortions performed.”

Colombia: Decriminalization of abortion is a triumph for human rights (Amnesty International)

The Texas abortion ban is having its intended effect (Claire Lampen, The Cut) [Via Genevieve]

Birth rates, babies & benefits (Sian Norris, Byline Times) [Via Genevieve]
From the article: “What has been missed in many of the conversations about declining birth rates is the impact of austerity measures – and the disincentivising of birth by the Coalition and Conservative Governments of the past 12 years.”

“Then in 2008, it began offering free gender reassignment surgeries – all long before 2014 when India’s top court ruled that trans Indians had equal rights.

“India passed a transgender rights bill in 2019 and formed a national transgender council a year later.”

Want More Body Positive Kid’s Books? Start Doing Better By Fat Characters, Says Children’s Book Illustrator (Phoebe Wahl, Bust)
From the article: “At eight years old, I was writing in my diary about my weight being something that kept me from being deserving of love. Would that be different if I had encountered as many fat princesses being wooed in fairytales as thin ones? How would my assumptions that I was lazier and less athletic have been challenged had I read about more fat adventurers and superheroes? Our culture drills a very clear message into children; that their worth is conditional. Based on a set of sexist, white supremacist, ableist ideals of health and beauty. And children’s books, unfortunately, do their part in that messaging, through both overt stereotyping, covert coded language or visuals, and complete invisibility altogether.”

Hustle and hype: the truth about the influencer economy (Symeon Brown, Guardian) [Via Genevieve]
From the article: “Aga is part of a generation that has only known a world in which the internet is supreme and the dominant aesthetic in youth culture is hip-hop. The genre’s music and fashion dictate not only what and who is desirable, but also the part you can play in its billion-dollar industries and the clothing companies attaching themselves to it for clout. To be shapeless and pale with narrow European features has little currency in the part of the internet where a Fashion Nova ambassador gig makes you a VIP. Today, many young white women in their teens and early 20s are conforming to this standard by contouring, and their racial transformation has an economic incentive, too: this cosplay actually pays. The ethics and politics of beauty trends are rarely discussed in a world where influencers happily sell their following to the highest bidder.”

Is the hijab question a feminist question? (Panchali Ray, The Hindu) [Via Fliss]
From the article: “The understanding of oppression by a garment, whether hijab or purdah, emerges from an understanding of the sameness of oppression that women face, in differing degrees, at the hands of ethno-nationalist patriarchies. It implies that women who don religious or cultural symbols are powerless or have internalised sexism to a degree that they refuse to walk the path shown by their enlightened liberal sisters. And any attempt to speak from such a location is cancelled as false consciousness.”

Why Do So Many Incompetent Men Become Leaders? (Harvard Business Review) [Via Lissy]

This week’s round-up was compiled by Holly, with thanks to Genevieve, Fliss and Lissy for their aforementioned contributions.

The featured image is part of the 2017 Hope for Peace art project by Melina Hermsen and is shared under a creative commons license. This shows folded pieces of paper (origami/ papierfalten style) in horizontal wavy blocks in the following colour sequence from top to bottom: indigo, medium/dark blue, bright sky blue, grassy green, mustard yellow, medium orange and scarlet red. The light grey border was not part of the original image and has been added here for layout purposes.