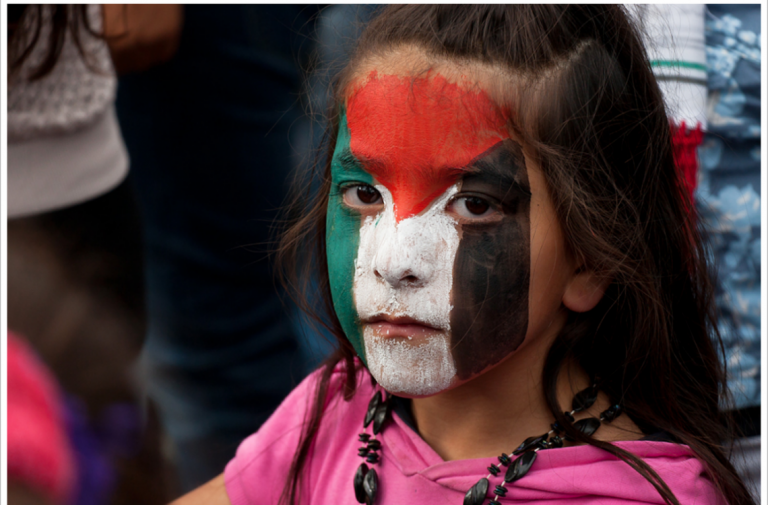 2021 saw an unprecedented level of international support for the Free Palestine movement following 11 days of airstrikes, and this support must not dim now. Amnesty International’s recent report, which concluded that the Israeli government is enforcing a system of apartheid against Palestinians under international law, has brought renewed focus to the cause, calling on the International Criminal Court (ICC) to consider these allegations

To this day, the Israeli government puts restrictions on Palestinians’ freedom of movement, demolishes Palestinian homes, builds unlawful settlements and arbitrarily detains peaceful protestors. In Gaza, where the economy is largely dependent on international assistance, the Israeli government restricts the movement of people, food, water, electricity, construction materials and other necessities. Palestinians living in Israel are afforded fewer rights than Israeli nationals, while Palestinians in the occupied territories are governed by military law. In 2000, during the Second Intifada (Palestinian uprising), which included high-casualty suicide bombings carried out by Hamas, the Israeli government erected a 400-mile separation barrier (see below) in the West Bank (25 feet high in places) that separated Palestinians from their land, jobs and neighbours. We also stand against antisemitism in any form and condemn the rise in antisemitic attacks in recent years. We see the antiracist goal of the eradication of racism as integral to the feminist project. As Jewish people form an ethnoreligious group, we recognise that antisemitism has its roots in racism and must be dismantled alongside other forms of racism.  However, we reject the idea that supporting Palestinian liberation is inherently antisemitic. Our criticism is aimed at the actions of a government, not Jewish people or culture. The fight to end racism – and antisemitism – and the support for Palestinian liberation come from the same place –  the goal of ending the oppression and marginalisation of people in all its forms. Indeed, there is significant support from Jewish people for the Free Palestine movement. Notable groups include Jewish Voice for Peace and Jews for Justice for Palestinians.

The feminist movement seeks to resist gendered violence, settler colonialism, capitalist exploitation and oppression in all its forms. bell hooks, among others, has made this argument for decades. Many of these issues are at the heart of the current conflict in Palestine. Systems of oppression, regardless of how they manifest, cannot be fought in isolation. They are interconnected and require global efforts to be eliminated. This is particularly the case when the oppression is happening at the level of one country’s behaviour towards another, and is why it is important for institutions without a direct role in the conflict to demonstrate solidarity with its victims.

Another key aspect of the feminist movement has been to end war and militarism. Haim Bresheeth-Zabner, a Jewish scholar who was born and raised in Israel, has written a book about the Israeli Defence Force and its central role in the establishment of the Israeli state, published by Verso.. Gendered violence also tends to go hand-in-hand with hypermilitarism, and is a key concern in Palestine. In addition to facing arrest, indefinite detention and incarceration, Palestinian women have been subjected to sexual violence and other gendered forms of coercion at the hands of the IDF.

There are long legacies of solidarity movements between Palestinian, Black, Indigenous, working class and queer communities, who have struggled side-by-side within larger anti-colonial, anti-capitalist and anti-racist movements across the world. For more feminist analyses of the Palestinian liberation struggle, see this petition from the Palestinian Feminist Collective and the US Campaign for Palestinian Rights.

Explanations of the origins of Palestinian oppression

Glossary on key terms related to the issue from Visualize Palestine 101
https://101.visualizingpalestine.org/resources/glossary

Visualize Palestine 101 – A visual guide to the historical context in Palestine
https://101.visualizingpalestine.org/visuals#historical-context

Short video on Britain’s role in the occupation of Palestine, TRT world
https://www.youtube.com/watch?v=qcKIjwiQgok

Last Week Tonight with John Oliver and how language used in mainstream media distorts the reality of Palestians’ lives
https://www.youtube.com/watch?v=PkQ4HZAepYc

Decolonize Palestine, including Palestine 101 (History of Palestine), Myths on Palestine and a reading list
https://decolonizepalestine.com/

Noam Chomsky – Why does the U.S. support Israel?

University student? A 10-step guide to starting an #apartheidoffcampus campaign at your university, from the Palestine Campaign. https://www.palestinecampaign.org/wp-content/uploads/AOC-guide-2020.pdf

Were you ever a University student? Use this link to find out if your alma mater funds complicit companies and write to them asking to divest from them.

Petition for Google to put Palestine on its maps – http://chng.it/HqNYZkzSvN

Image description: The feature image shows a child with the Palestinian flag painted on her face at a protest in Berlin. Image used with permission by Montecruz Photo via Flickr. The in-text image shows the separation wall that separates Israel from the West Bank. The picture is taken from the ground and shows a high concrete wall. There is rubble on the ground. Image used with permission by Justin McIntosh via Wikimedia Commons.