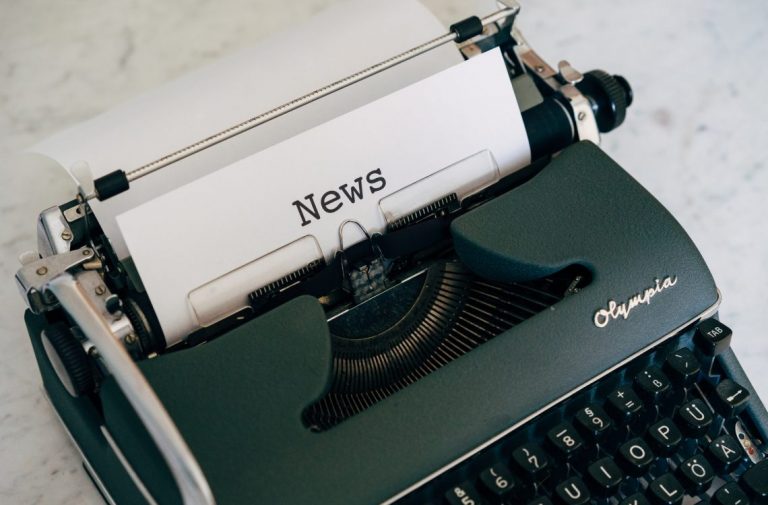 Photo by Markus Winkler on Unsplash

From how South Korean women are fighting back against the election of a president on a misogynist platform, to attacks on trans women taking part in women’s sports and an historic Academy Award win for  Ariana DeBose, it’s been an interesting week for anyone looking at the news through a feminist lens.

We’ve pulled together our selection of the most interesting articles from across the internet to get your teeth into. As always, linking to articles doesn’t mean we endorse them. We’ve added content notes where possible, but some links may contain upsetting information, so please click with caution.

We welcome debate in the comments section and on social media, but any comments containing sexist, racist, homophobic, classist, transphobic, disablist or anti-sex-worker language will be deleted. If you think we’ve missed out an important article from the past week, let us know in the comments.

Thanks to Holly Combe, Jenny Williamson and Lissy Lovett from The F-Word team for contributing links to this week’s round-up.

‘I wanna see more old bitches in the club!’: how Jyoty went from door girl to your favourite DJ – gal-dem (Safiya Bashir, gal-dem)
From the article: “Elijah said this very well: ‘You have to take charge of your narrative. If you don’t, your narrative will be written for you.’ I’m not busting my ass every week for you to get me on a panel to talk about being brown. That’s not on my CV!”

‘Licorice Pizza’ made Asians a ‘punchline.’ And the fallout is bigger than the Oscars (Jen Yamato, Los Angeles Times)
From the article: “‘The argument is that those [offended] are just people who were not reading it right,’ said [Nancy Wang] Yuen. ‘But … there’s no context. There’s no repercussions. There’s no discussion. You don’t even understand what the women are saying. They might be saying, “F— you,” but we don’t even understand that. It’s too subtle for people to say, “Oh, well, he’s racist and it’s terrible, and that’s what’s happening in this scene.”‘”

Ariana DeBose gave the most moving speech as she became the first openly queer woman of colour to win an acting Oscar (Fiona Ward, Glamour Magazine)
From the article: “Ariana appeared on the cover of GLAMOUR in December 2020, and spoke of being a queer woman in Hollywood. “Acknowledging my sexuality for me has gone hand in hand in my journey with identity. I’m a Black woman, I identify as Afro-Latina and I’m queer,” she said.”

Photographing protest: Resistance through a feminist lens (Charlotte Hodges, The Independent)
From the article: “The new exhibition, Photographing Protest: Resistance through a feminist lens, focuses on the perspectives of women and non-binary photographers over decades of protests to pose a challenge to the male-dominated history of demonstrations. From sit-ins to street theatre, candlelight vigils to deportation campaigns, the exhibition showing at Four Corners gallery, foregrounds the work of activist photographers for whom the acts of witnessing and participating in protest are intrinsically linked.”

Ukraine coverage shows gender roles are changing on the battlefield and in the newsroom (Kristin Skare Orgeret and Bruce Mutsvairo, The Conversation)
From the article: “In one post, Zelenska included pictures of women in military uniform in the trenches, women as part of a rescue crew with helmet and headlights and women caretakers of newborn babies in a provisional bomb shelter. She wrote: ‘Our new opposition has a female face to it.’ Posts like this support new war narratives that don’t differentiate between fighting and caring as actions of war.”

‘I will not be held prisoner’: the trans women turned back at Ukraine’s borders (Lorenzo Tondo, The Guardian)
[CN: transphobia, assault]
From the article: “Since 2017, trans people in Ukraine have been legally recognised, but must undergo extensive psychiatric observation and a lengthy bureaucratic process before their gender can be reflected on formal documents. Caught up in this complex process, thousands of Ukrainian trans people had no personal identity document or certificate when war broke out.”

South Korea elected a president on a platform of misogyny. Feminists in the country are fighting back (Hanna Pham, gal-dem)
From the article: “Yoon Suk-yeol, South Korea’s incoming president, is a controversial figure. He ran on a platform promising to tackle class inequality and get tough on China, while aligning more with the USA. But central to his campaign were pledges to address the grievances of young Korean men who consider themselves anti-feminists, including abolishing the Ministry of Gender Equality and Family.”

‘Valerie’s Law will make history’ (Leah Mahon, The Voice)
[CN: abuse]
From the article: “”Valerie’s Law is going to change lives whether it gets passed or not, because it’s out there and people are taking the training even though it’s not mandatory. “Just getting people to identify that there is a problem [in the treatment of black abuse victims] that has been massive.””

Whipping Girls: Attacks on the Women’s Sector in Pursuit of a Trans-Free World (Sarah Clarke and Mallory Moore, Trans Safety Network)
From the article: “In October 2021, long established Feminist media outlet The F Word was targetted for writing a piece on intersectionality—a branch of Black feminist legal theory who’s creators have made explicit statements upholding trans inclusion—and for responding civilly to a critical quote tweet by Gender Critical feminist Jane Clare Jones. Again, many of the original tweets lashing out at them have since resulted in suspensions and are no longer available, but Jane Clare Jones would later quote tweet them bragging ‘well this is going well isn’t it’ as The F Word were inundated with well over 300 replies slating them as misogynists and accusing them of comparing black women to men (for having explained that trans women are women).”

Violence Against Women and Girls (Mayor of London Assembly)

Press release: UN Commission on the Status of Women reaffirms women’s and girls’ leadership as key to address climate change, environmental and disaster risk reduction for all (UN Women)
From the press release: “The Executive Director of UN Women, Sima Bahous, said: “The agreements reached by the Commission come at a point when the world urgently needs new and coherent solutions to the interlocking crises that impact us all. We now have a pathway with practical, specific measures for global resilience and recovery, and a shared understanding that solutions depend on bringing women and girls to the centre.””

Why you don’t need to be an ‘activist’ to make an impact in the climate movement (Jocelyn Longdon, gal-dem)
From the article: “When we open our minds to the richness of skills, interests and passions people have like ‘The Keyworkers’ like medics and cleaners facilitating protests and ‘The Storytellers’ writing music and plays to communicate the climate crisis, there is a beautiful community of climate-conscious individuals ready to and already making radical change.”

The IOC Has a New Trans-Inclusion Framework, but Is the Damage Already Done? (Britni De La Cretaz, Sports Illustrated)
From the article: “Codifying testosterone-based science as the true indicator of who is eligible to be considered a girl sets a precedent in which womanhood is continuing to be policed—and risks setting up a binary of ‘nonthreatening’ trans girls who transitioned before testosterone-driven puberty began and ‘threatening’ trans girls who transitioned at a later point in life.”

Devon pub reaps Twitter storm after adding ploughperson’s to menu (Steven Morris, The Guardian)
From the article: “”It was a tongue-in-cheek thing, but the role of women in farming definitely needs to be highlighted. It’s still considered a male-dominated role, but there are loads of women – and more and more all the time. It’s not just men driving the tractor; it’s women too.””

Mothers and babies join protest against UK imprisonment of pregnant women | Prisons and probation (Diane Taylor, The Guardian)
[CN: discussion of incarceration, traumatic birth and infant death]
From the article: “Janey Starling, co-director of Level Up, said: “Prison will never, ever be a safe place to be pregnant. The trauma and toxic stress of the prison environment causes lasting harm to both mother and child. It’s time for the government to end the shameful imprisonment of pregnant women and new mothers, and make sure they are supported in the community instead.””

I gave birth in a British prison – no woman should suffer what I went through (Anna Harley, The Guardian)
[CN: discussion of traumatic birth, infant mortality, incarceration]

Morning sickness left me dehydrated and malnourished, so why is it still not being taken seriously? (Folasade Daini, Glamour Magazine)
[CN: discussion of nausea and vomiting]

Feature image shows an old-fashioned typewriter with a piece of white paper sticking out of the top, with the word ‘News’ in print. Photo by Markus Winkler on Unsplash, used under the Unsplash License.