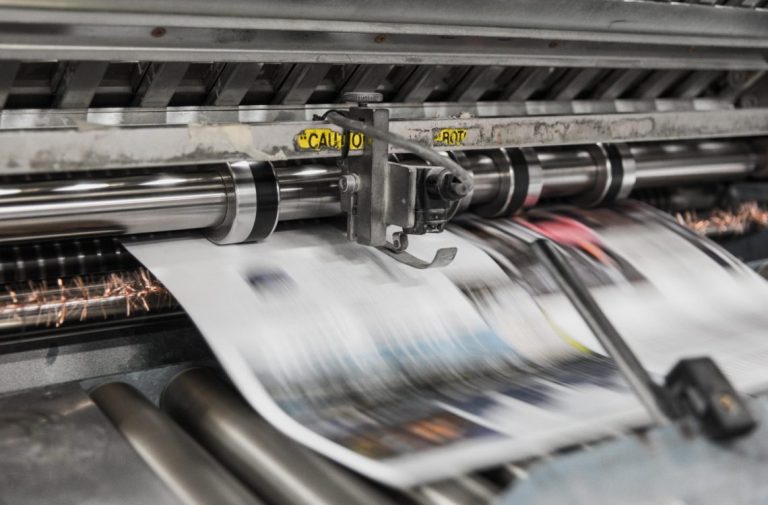 Photo by Bank Phrom on Unsplash

We’ve pulled together our selection of the most interesting articles from across the internet to get your teeth into. As Autism Awareness Day was last week, we’re also including several articles on Autism and neurodiversity in this week’s round-up to help spread awareness and acceptance. Our linking to articles doesn’t mean we endorse them, as always. We’ve added content notes where possible, but some links may contain upsetting information, so please click with caution.

Thanks to Holly Combe and Jenny Williamson from The F-Word team for contributing links to this week’s round-up.

What are we missing in the fight against Islamophobia? Suhaiymah Manzoor-Khan gets to the point (Mariyah Zaman, gal-dem)
From the article:  “I would like to think that what makes this book stand out is that it’s more concerned with placing Islamophobia within a broader history and structure of racism in general[…]. This book is trying to say Islamophobia is a manifestation of something that has much deeper root causes and that those root causes are a world system. It’s not something that’s unique to Islamophobia. It’s colonialism, it’s racism, it’s white supremacy and all of that is linked to capitalism and all sorts of other oppression.”

The ‘Homes for Ukraine’ scheme is yet another way for the government to shirk responsibility (Shahed Ezaydi, gal-dem)
From the article: “Instead of establishing a properly run and funded state resettlement scheme, the Conservatives are relying on the good will of individuals, which is, of course, not always guaranteed or permanent. As we’ve seen time and again, this government is individualising an issue that needs to be dealt with systemically.”

I don’t have autism, I’m autistic – and why the difference matters (Elena Wewer, Hireup)
From the article: “As one respondent to the 2020 OAR survey explained: “My autism is not an accessory that I can set aside. It is not something external that has latched onto me. It is not an illness or disease I have ‘caught’. It is a fundamental, inseparable part of me and who I am.””

Autistic people still facing barriers, new report finds (Aine Kenny, The Irish Times)
From the article: “Blessing Dada, an autistic content creator and mental health advocate, said intersectionality is important when it comes to autism. She has struggled to find other black Irish people who are autistic. Growing up, she did not receive any support from the HSE, adding that many first generation people are the same.”

On this year’s World Autism Day, let’s shift the focus away from awareness to acceptance (Julie Ward, The Parliament Magazine)
From the article: ” online platforms offer an invaluable space for members of the [autism acceptance] movement to communicate, campaign and challenge the establishment. It is worth noting that if autism was eliminated, we would lose a large proportion of our scientists, musicians, artists and mathematicians. World Autism Day should therefore be an annual celebration of neurodivergence.”

‘We Want To Live a Happy Life’: LGBTQ People Are Leaving Hungary (Ben Hunte, Vice)
[CN: discussion of homophobia and transphobia]
From the article: “Orbán’s government has already outlawed gay marriage, labelled gay men paedophiles, and banned trans people from legally changing their gender. LGBTQ people are attacked in the streets, and Hungarian police take no action. The new anti-LGBTQ education law is so vague, TV channels worry it could limit them showing popular movies and shows. In other ways the impacts are already evident:  a parliament member recently shredded a children’s book featuring diverse fairytales and gay princes.”

As a lesbian woman, I was subjected to conversion practices. We must protect trans people against this abuse (Jayne Ozanne, The Guardian)
From the article: “Trans people are the most likely to be offered and put through ‘conversion practices’. In the government’s 2018 LGBT survey, trans people were shown to be nearly twice as likely as lesbian and gay people to be offered and to undergo these interventions. It is deeply ironic that on the one day that the international community seeks to support and celebrate trans people, Trans Visibility Day, the prime minister decided instead to exclude them from the urgent protections they need.”

White outrage about Will Smith’s slap is rooted in anti-Blackness. It’s inequality in plain sight (Tayo Bero, The Guardian)
[CN: Discussion of racism, mentions of domestic abuse]
From the article: “Most people agree the slap shouldn’t have happened. But there’s something that feels precious at best, and downright racist at worst, about white people’s reaction to the now-infamous smack. The Hollywood director Judd Apatow declared in a deleted tweet that Smith “could have killed” Rock (seriously?), calling it “​​pure out of control rage and violence”. Apatow later confirmed he wasn’t even watching the show when he made the remarks.”

Find a home in these unsung classics of Black queer literature (Emerald Faith, them)
From the article: “Home is rarely, if ever, just the place we grew up. Especially for those of us whose identities exist outside the white, cishetero mainstream, questions of comfort and safety are more often about who we commune with than where we are. Black queer folks know this truth better than most. We’ve lived it — seeking and finding radical forms of belonging in the underground bars and social clubs of the early 20th Century and the bookhouses and carespaces of today. We have also found homes in books.”

11 years, 10 arrests, at least 62 women: how did Britain’s worst cyberstalker evade justice for so long? (Sirin Kale, The Guardian)
From the article: “Hardy was sentenced to nine years in prison for five counts of stalking. The average custodial sentence for stalking is under 17 months. ‘It’s the longest sentence we’ve ever heard of,’ says Violet Alvarez of the Suzy Lamplugh Trust, an anti-stalking charity. For survivors, the sentence was the news they had been waiting for. But why was Britain’s worst‑ever cyberstalker allowed to evade justice for so long?”

Promoting autistic women in science: benefits for their own dedicated society (chapter from A. Jay van der Reijden, in Gender equality and representation within and beyond the University of the Highlands and Islands, via Researchgate)
[From April 2021]
From the abstract: “Autistic researchers clearly add to academic knowledge through their insightful and deep interest in specific subjects, yet they are significantly underrepresented. Further, autistic women scientists can be seen to be additionally disadvantaged when systemic discrimination against women and nonbinary STEM individuals intersects.”

How to radicalize your parents on climate change (Shayla Love, Vice)
From the article: “In the United States, there’s a sizable disparity between young and old attitudes about global warming. Young people care more—70 percent of Americans age 18 to 34 say they worry about climate change, compared to 56 percent of people 55 and up. If those young people want the world to take action, a major part of that project is convincing older people—who have a disproportionate amount of political power—that something needs to be done.”

Fitriya Mohamed is breaking barriers -and ankles – for muslim women in sports (Yasmin Duale, Complex Canada)
From the article: “It’s easy to underestimate the value in representation because of the way its absence results in more discreet, minuscule ripples that roll for years, but just think about it. If you, as an impressionable child, do not see those that present as you do on the media platforms you consume and engage in, you would likely find it difficult to even fathom yourself in their place. Perhaps you’d subconsciously accept that because people like you aren’t participating, it must not be your place to join in.”

Young footballers are getting scammed and trafficked overseas (Kingsley Kobo, Vice)
From the article: “Talented and ambitious, the young men – generally aged between 14 and 21 – are mostly unaware of the risks involved in their adventure. For many of them, their dreams of becoming the next Samuel Eto’o or Didier Drogba eventually turn to nightmares. Authorities across Africa hold fake football agents responsible for the trafficking of these vulnerable young people.”

Thorn London is making London’s kink clubbing scene safer and sexier (Fopé Ajanaku, gal-dem)
From the article: “Thorn London made it explicitly clear on our call that people of colour and LGBTQI+ experiences are at the heart of what they do in a way that is rarely thought about in London nightlife. They have created and maintained a centralised and democratic space that prioritises POC and the money spent on tickets to their nights go back to the community.”

Photo by Bank Phrom on Unsplash, used under the Unsplash license. Image shows a newpaper sheet emerging from a printing press.