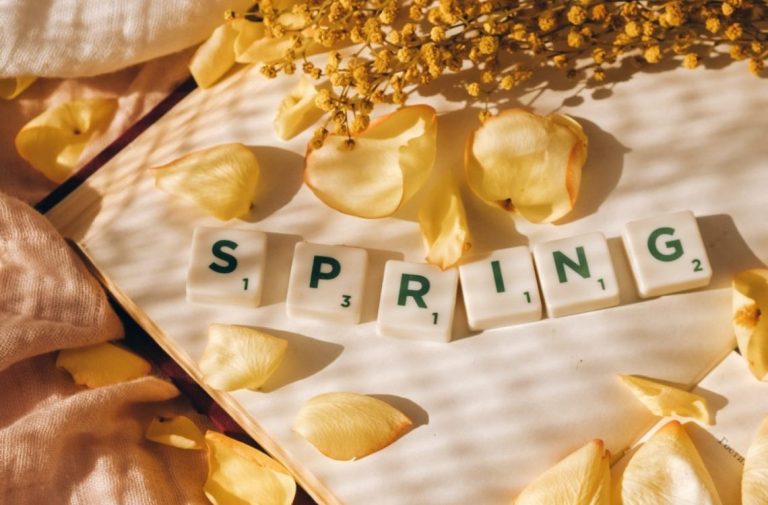 We’ve put together our pick of the most interesting articles from the last seven days from across the web. As always, linking to articles doesn’t equal endorsement from The F-Word. We’ve added content notes where possible, but some links may contain upsetting information so please click with caution.

Thanks to Holly Combe, Olivia Logan, Lissy Lovett, Ania Ostrowska and Jenny Williamson from The F-Word team for contributing links to this week’s round-up.

Essay: The menopause multiverse – on Everything Everywhere All at Once (Mona Eltahawy, Feminist Giant)
From the article: “Everything Everywhere All At Once is the perfect menopause allegory film. I don’t care if that’s not what The Daniels had in mind when they wrote and directed it. It’s art. It’s out there. And my menopause claims it! And I don’t know if Michelle Yeoh has ever talked about her menopause transition. I don’t care, I love her. She’s four years older than me so I’m claiming her too.”

Heartfelt film SAM celebrates love, queerness and disability in the most beautiful way (Patrick Kelleher, Pink News)
From the article: “To say it’s an important film feels like an understatement. S.A.M is the kind of project the world needs right now – a film that celebrates disability while allowing that community to speak for itself.”

Grace Lavery: The Author and Academic Confronting Transphobia (Sasha Baker, VICE)
From the article: “When we first spoke, she was at her home in California, rushing out to give a talk at Stanford. Lavery was just weeks away from the UK leg of a promotional tour for her memoir, Please Miss: A Heartbreaking Work of Staggering Penis. She planned to use it to shift the toxic discourse about trans people in Britain, where she grew up. I told her that I hoped she would succeed, but she sensed my dejected tone. ‘Everyone’s so pessimistic!’ she exclaimed in frustration.”

Kae Tempest: ‘I was living with this boiling hot secret in my heart’ (Michael Segalov, The Guardian)
[Published 12 March]
From the article: “Tempest is on more solid ground expressing themselves through their work, and their latest offering is no exception. Next month sees the release of their fourth solo album, The Line Is a Curve. Their first two albums received Mercury prize nominations. Tempest has already written three plays, a novel and six poetry books and last year published On Connection, their debut work of nonfiction. “But it’s starting to hit me how different this album is from everything else,” they say, “how far it could potentially go. It’s reaching for something beyond what the others have been.””

Red Ellen review – Bettrys Jones gives towering performance in life of political pioneer (Mark Fisher, The Guardian)
From the article: “It was [Ellen] Wilkinson who led the Jarrow march, who ventured to Europe to report on the Spanish civil war and who was christened the “shelter queen” during London’s Blitz. She dallied with communism, had second thoughts about pacificism and was accused of selling out once she had power in her grasp. “How do I fight fascism without sacrificing any of my principles?” she says in exasperation.”

How the far-right is turning feminists into fascists (Jude Ellison S. Doyle, Xtra)
[USA, CN: disablist language]
From the article: “What follows is an attempt to summarize that [right wing] agenda—although the full picture, comprised as it is of activist splinter groups, bizarre conspiracy theories, social-media hate campaigns and titanic global funding initiatives, is both too complex and too weird to ever fully summarize. It’s a story in which ‘eco-fascists’ infiltrating lesbian folk festivals bump up against anti-Semitic [sic] conspiracy bloggers and Vladimir Putin’s global dark money operations; strange enough that it’s hard to take seriously, but very serious, and increasingly dangerous to us all. This is how trans-eliminationist thought became mainstream politics, and it has grave implications, not just for trans people, but for democracy itself.”

If testimonies from 20 victims aren’t enough for women to be believed, what is? (Jenn Selby, Glamour Magazine)
From the article: “It’s getting to the point at which there are so many negative stories about the Metropolitan Police and its handling of complaints of violence against women that I barely bat an eyelid anymore. The shock value has been lost, replaced instead by the dull fuzz of disappointment, the gruelling drudgery of stalled progress and the enduring ache that comes from knowing that barely anyone is afforded justice for violations that will cause them pain for the rest of their lives.”

10 years, no rights: why the Government must reinstate the pre-2012 Domestic Workers visa (Phoebe Dimacali and Francesca Humi, gal-dem)
[CN: mention of abuse]

Women are always collateral damage in war, lessons should have been learnt before Ukraine (Sara Bowcutt, iNews)
[CN: mentions of rape, assault and murder]
From the article: “Every time a conflict takes hold, it is women who bear the brunt of violence, poverty and inequality and, as the war wages in Ukraine, we are seeing it happen again. Women in Ukraine are affected in a myriad of ways whether they choose to stay or flee.”

Amazon to ban ‘union’ and other words from staff chat app – report (Dani Anguiano, The Guardian)
From the article: “Amazon has waged an aggressive campaign against unions. In Bessemer, Alabama, the company crushed the Retail, Wholesale and Department Store Union’s organizing efforts, bombarding workers with anti-union messaging and campaigning to postpone an election there.”

Twitter is strictly for the birds: never am I more disconnected than when plugged in
(Moya Lothian-McLean, The Guardian)
From the article: “As of 2021, only 28% of the UK population uses Twitter. But it has outsize influence. What matters is who is on there: which people are experiencing the white-hot anger of engaging daily with the timeline.”

Trans conversion therapy survivor warns Boris Johnson ‘lives will be lost’ unless he rethinks ban (Patrick Kelleher, Pink News)
[CN: suicide, electric shock treatment]
From the article: “The backlash from the trans community and organisations was swift when news broke on Thursday night that the government was planning to exclude trans people from its legislation.”

Emily Bridges isn’t a threat to women’s sport – her exclusion was a result of bureaucracy, not fairness (Pippa York, The Times)
[Paywall]

Refugee women empowered and united by Liverpool football club (Samantha Jagger, BBC News)
From the article: “Comfort Etim learned to play the beautiful game growing up in Nigeria, and it sparked something in her. After she sought refuge in the UK as a teenager, she made it her goal to unite refugee women in a safe space. Now aged 38, Comfort is a coach and mentor to 30 players in Toxteth.”

Nobody teaches you how to be a patient (Trans Actual)
[Resource]
About the resource: Written and produced by neurodivergent, disabled and chronically ill trans and non-binary people living in the UK, its aim is to highlight the strategies that individuals in these groups need to employ to overcome the additional barriers they face in accessing care, aswell as draw attention to those challenges.

Why we must call time on damaging anti-caesarean birth stigma (Kate Townshend, The Independent)
[CN: Cissexist language]
From the article: “For Suzanne Hatcher*, a traumatic experience giving birth vaginally with her first child led directly to her choice of a caesarean section with her next baby. ‘My experience giving birth to my first child was, frankly, dehumanising and led to me developing PTSD,’ she explains. ‘I felt unsafe and abandoned during large parts of labour and my son was born using forceps in the end.’

Will we soon be able to ‘fix’ periods?  (Ida Emilie Steinmark, The Observer)
From the article: “The persistent individuality of period symptoms – in spiny mice and in humans – makes a clear case for personalised treatment. This now looks achievable with another new development, first reported almost simultaneously by teams at the University of Cambridge and KU Leuven in 2017: endometrial organoids.”

Somalia drought: ‘Act now or 350,000 children will die’ (Mercy Juma, BBC News)
[CN: infant death, animal death, illness]
From the article: “The drought is affecting not only Somalia, but the rest of the Horn of Africa and many other parts of the continent. The International Committee for the Red Cross (ICRC) says at least a quarter of all Africans are facing a food security crisis.There is also a dramatic rise in the numbers of displaced people. The hunger crisis is also being overshadowed by the Russia-Ukraine war, as all efforts, aid and funding are focused there.The camps for internally displaced persons are scattered all over the country. And new ones keep springing up. Some people had not even recovered from the 2017 drought, which was declared a national disaster, before this one struck.”

Russia’s feminists are protesting the war and its propaganda with stickers, posters, performance and graffiti (Maria Silina, The Conversation)

Poland: Charges against activist accused of aiding an abortion must be dropped (Amnesty International)
From the article: “On Friday 8 April, Polish activist Justyna Wydrzyńska, a member of Abortion Dream Team collective which helps women in Poland who want to terminate their pregnancies, stood before the court in Warsaw. She faces up to three years in prison after providing abortion pills to a pregnant woman who needed a safe abortion. The hearing was adjourned to 14 July 2022.”

Photo by Polina Kovaleva, free to use under the Pexels license. Image shows scrabble tiles spelling the word spring, surrounded by yellow petals.