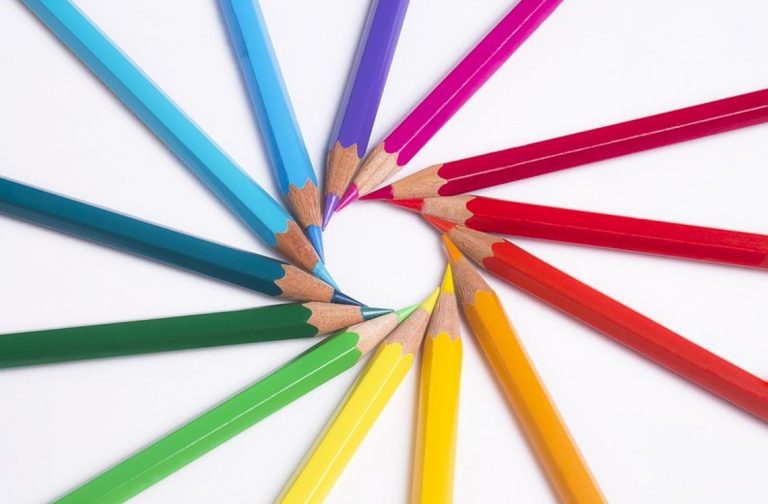 Welcome to this week’s round-up of the interesting stories we’ve been checking out this week!

As always, linking to these articles doesn’t mean they’ve been endorsed by the whole team. We do our best to add appropriate content notes, but some links may contain further upsetting details about oppression and injustice, so please click with caution. And if you notice we’ve missed out any important articles/issues from the past week, let us know via the comment form at the bottom of this page…

URGENT CALL TO ACTION: Online Safety Bill – Criminalising sex workers’ online adverts would undermine safety! (English Collective of Prostitutes)
Via Victoria Rose
From the article: “Research shows that online advertising has enabled sex workers to work more safely and independently from exploitative bosses, to screen clients and have more control over our working conditions. Preventing sex workers from advertising will increase violence and the risk of attack. Similar legislation (SESTA/FOSTA) was passed into law by Trump in the US in 2018 resulting in an increase in poverty, insecure housing, suicide, murder, isolation, and the deterioration of physical and mental health for sex workers.”

End the use of ‘nil caps’: Stop putting women out of work by closing strip clubs (change.org.)
From the article: “Both Edinburgh and Bristol ran two expensive consultations on strip clubs, with none showing majority support for a ban. The Councils ignore countless workers, unions, and organisations who relentlessly tried to highlight the danger this would cause.

“Instead, they listen to pressure groups led by privileged, middle-class white women with no understanding of the sex industry and why, given the political and economic crisis, so many increasingly depend on sex work to pay the bills. Stripping is preferable to minimum wage, 10 hour+ shift work, especially as many of us have dependents and disabilities.”
Via SWARM

How to Be an Ally to Sex Workers, According to Megan Barton-Hanson (Vice)
From the article: “It’s never comfortable calling people out, especially when it’s your closest friends, but if you let comments you don’t agree with fly without saying anything then you’re just as bad as them, in my opinion. And coming from a mate, they might actually be more likely to consider that they’re being a pig and that their views on sex workers are archaic. I think it’s such a strong thing to do, and I think men are seeing that more and more. I’ve had male friends be like ‘I know you do it Meg, but I couldn’t be with a girl that does that’ – and when you break it down and actually investigate why, it’s either their own insecurities or they just haven’t been educated properly.”

It’s Not About The Pasta, Kevin (Jack Monroe, Cooking on a Bootstrap)
From the article: “Enter Kevin, a 35 year old self-described ‘Opinionated Conservative’, Brexiteer, Boris bootlicker and curator of the most rotten casserole of pigshit I’ve ever had the misfortune to come across on The Twitter. Yesterday, he posted a link to a BBC News article about a nurse who skipped meals in order to feed her kids. Luckily for Nurse Rebecca, Opinionated Kevin had a really simple solution! One so devastatingly obvious, I’m astounded that she didn’t think of it herself…”

Redux: Working Class Voices (Michelle Deininger, republished at Wales Arts review)
From the article: “I still feel awkward, uncomfortable and out of place a lot, but it’s more manageable now. Researching working-class women writers who felt the same certainly helps. But what I’ve noticed, more than ever, is that these feelings also start to fall away when a student comes to see me and says ‘I can’t do this – this is not for people like me’ and I can say: I understand, I know, and it feels horrible, but education is for you. You can do this. And I will help you.”

Child Q’s case is not an isolated incident. That’s why we’re campaigning to end strip searches (The 4Front Project, gal-dem) [Via Jenny and Holly]
[CN: violence, child abuse, police racism]
From the article: “The list of police officers’ routine abuses of power over children and young people, particularly young Black people, is a long one … Strip search is part of this picture. It is another tool through which police officers intimidate, terrorise and degrade Black people in the UK. It happens to adults, and recently was the source of a £6,000 payout and apology to an academic. It also routinely happens to children.”

Derry Girls star Jamie-Lee O’Donnell blasts ‘misogynistic’ question as chat show host repeatedly asks her age (Rachel O’Connor, Metro)
From the article [my emphasis, for passive aggressive chivalry]: “The host explained that he only asked the question because Jamie-Lee is playing a teenager and does it ‘so well,’ insisting there ‘was a compliment in there‘.”

“Jamie-Lee thanked him and started to continue but Ryan again jumped in to say she didn’t have to answer and they could ‘move on to something else because I can read a mood when I see it’.

“To which a smiling Jamie-Lee quipped: ‘I was going to give you a hilarious anecdote but go ahead.'”
Closed captions available on YouTube via desktop view or the app. (See here for how to turn them on.)

Time to bust the “confidence gap” myth (Shani Orgad, LSE)
From the article: “Rather than criticizing companies’ lack of transparency and the built-in discrimination against women, the notion that women tend to be less confident than their male counterparts and that this is a major—if not the most decisive—factor that stands in the way of their progress in the workplace, turns the blame—even if unwittingly—onto the shoulders of women themselves.”

Game app developers are using sexist adverts to reel in players – and little is being done (Tanyel Mustafa, Metro)
[CN: quotes of disablist and sexist language in gaming apps]

Tories attacking trans rights to court transphobic voters, says ex-adviser (Adam Bychawski, Open Democracy)
[CN: transphobia]
From the article: “I was shocked by the partial U-turn because that showed me that the ‘gender critical’ lobby have, frankly, got the ear of the prime minister far more than the medical experts and indeed his own ministers have,” said [Jayne] Ozanne [a conversion therapy survivor and chair of the #BanConversionTherapy coalition].”
[HC]: On that note, I must say it has been disappointing to see The Guardian going from Zoe Williams quite rightly calling out the populist framing of trans people’s rights as a ‘debate’ on 6 April to using a ‘debate’ framing six days later on their ‘Protecting the rights of women and trans people’ letters page on 12 April. (I’m not going to link to that one.)

How Google’s Autocomplete Predictions Encouraged Transphobic Searches (JD Shadel, them) [Via Jenny]
[CN: transphobia]
From the article: “When the world’s most powerful search engine nudges users to search a famous trans celebrity’s ‘real name’ or to ask if a certain public figure ‘is male,’ it implies that these are valid questions to ask about any trans person, Iantaffi and other experts tell me. It perpetuates the discriminatory and hostile environment that trans people experience when they log online.”

What Will It Take to End Violence Against Native Women? (Mary Kathryn Nagle and Emma Lower, Boston Review) [Via Jenny]
[CN: racism, gender-based violence]
From the article: “Native legal authority over non-Natives was revoked by the 1978 Supreme Court case Oliphant v. Suquamish Indian Tribe. This has meant that tribes lack the authority to prosecute non-Natives who commit violent crimes on tribal lands. And U.S. legal authorities often decline to prosecute: in 2019, federal prosecutors declined about 35 percent of cases referred to them, and perpetrators are not always held accountable by state governments.”

Danyel Smith Tells the History of Black Women in Pop (Emili Lordi, The New Yorker)
From the article: “I feel that Black women, including myself, are often written about in summary. We’re written about as firsts. We’re written about with the point being how we’re changing somebody else’s life. But so often I read profiles of men and you’re going to know everything you need to know about the conditioner Bob Dylan used on his hair. You’re going to know the place-history of the street that he lived on growing up. Oh, my God, what do you want to know about Miles Davis? What do you want to know about the pomade that Elvis Presley used? We’re going to know all of that about the men. Whereas, with the women, writers focus on the men in their lives. Or it’s about their families. It’s about, ‘Oh, my God, and they can cook, too! They make pies.’ I didn’t want that to be what I was doing.”

Doctor Who: ‘I wanted The Doctor to whisk me away from everything awful’ (Michael Baggs, BBC)
Doctor Who: Redacted, written by a transgender woman and with a transgender star, premieres on BBC Sounds this week.

Environmentalism Is for Everyone (Marieta-Rita Osezua, The Tyee)
From the article: “‘Policy-makers need to do a better job of listening to community, and do a better job of implementing the demands that are emanating from those communities … The people who have the most experience — lived experience — should be the ones who are guiding the way forward.'”
[More information about Earth Day, 22 April 2022.]

This week’s links were sourced and compiled by Holly, with thanks to Jenny for contributions.

The featured image shows a circle of brightly coloured pencils in three shades of blue, two of pink, one of red, one of orange, two of yellow and three of green. This is a free public domain CC0 photo with a creative commons public domain dedication.

We welcome discussion via the comment form below or on our social media pages. However, any abusive comments (including those containing ageist, anti-sex-worker, classist, disablist, fatphobic, homophobic, racist, sexist or transphobic language) will be left unpublished or deleted.