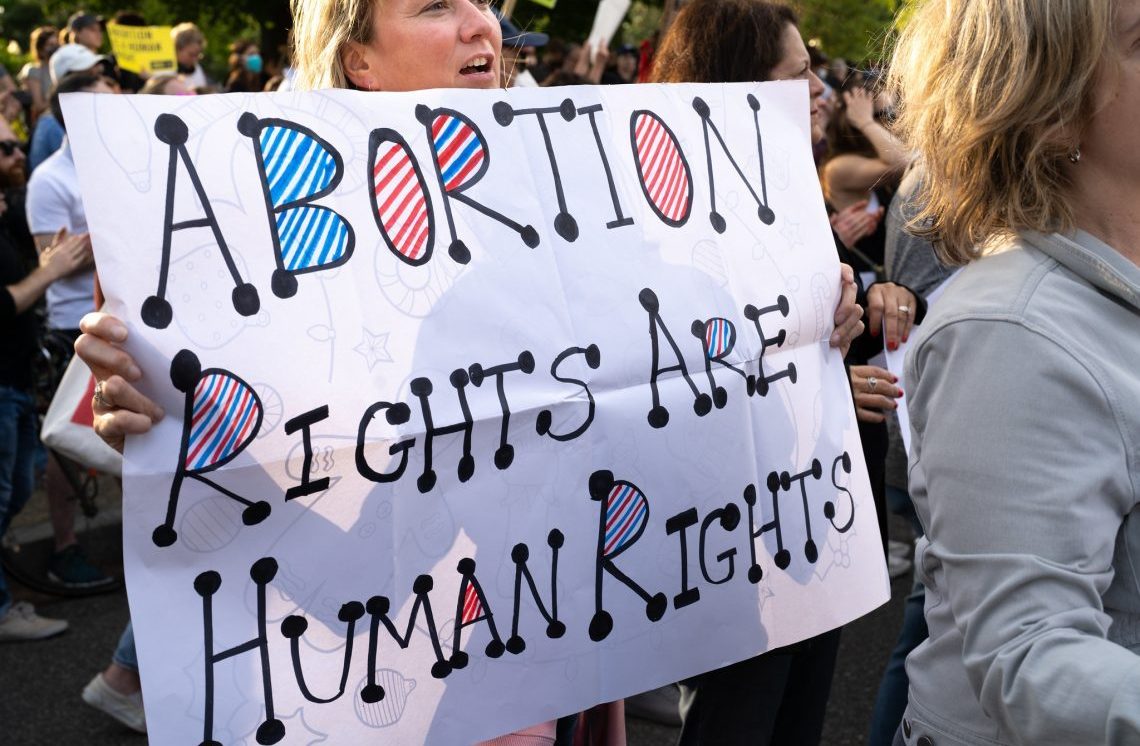 Last Friday brought us the expected but no less devastating news that the landmark Roe v Wade ruling has been overturned by the Supreme Court of the United States. With this in mind, this week’s roundup is heavily focused on what this end to federal abortion rights will mean for those both in the US and beyond.

I’m aware that some readers may find this content triggering, and an even greater number may be feeling too fatigued or dejected to engage with the ramifications of the news at this point. These are both entirely reasonable reactions to being barraged by bad news that most of us can do little about. While I would always encourage those who feel able to to stay informed on matters of human rights (which access to safe and legal abortion undoubtedly is), I’m no stranger to the aimless doom-scroll and the despair that can follow. For these reasons, links relating to Roe v Wade have been grouped together towards the end of this post and are prefaced with a content note.

This week’s round up also features some reflections on the failed Rwanda deportation flight, an old but especially relevant piece critiquing racial erasure in The Handmaid’s Tale, and a group exhibition showcasing the work of five women artists whose practices explore the politics of food.

As always, linking to articles does not mean endorsement from The F-Word and, although we’ve added content notes, some of the links may contain upsetting information so please click with caution. We welcome debate in the comments section and on our social, but remind readers that comments containing sexist, racist, homophobic, classist, transphobic, disablist or anti-sex-worker language will be deleted. If you notice that we’ve missed out any important articles/issues from the past week, feel free to let us know.

This week’s links were compiled by Connie, with thanks to Holly, Lissy and Alessia for contributions.

Posie Parker says #LetWomenSpeak, here’s what 100 women said (Gemma Stone, Trans Writes)
[CN: impact of transphobia]
From the article: “This article is the one where we take Kellie-Jay’s advice and we let women speak – but not just the women she personally approves of. I asked on Twitter – selection bias beware – for women to tell me what’s important to them. You can find the full thread here and below you can find the first 100 responses.” Fancy a Bite? (exhibition at Studio West, London)
Description: This group show explores the notion of commensality (sharing a meal). Acknowledging the history of women creators producing politically active work about and with food, Fancy a Bite? will present five women artists – Alice Johnson, Phoebe Boddy, Rafaela De Ascanio, Pippa El-Kadhi Brown and Nell Mitchell – as they explore our complex relationships to food, the politics of domestic space, and themes of nostalgia. Issues of gender, race, class and culture all emerge in the wider conversation of what decisions surrounding food and eating can represent. Open until July 6th.

Both versions of The Handmaid’s Tale have a problem with racial erasure (Noah Berlatsky, The Verge)
[CN: slavery, violence, rape]
[This article is from 2017, but, with parallels between the contemporary US and Atwood’s dystopia being frequently drawn, we felt it was pertinent to share it again]
From the article: “Atwood also links the handmaids’ plight to the oppression of women in some Arabic Muslim countries. The handmaids are forced to wear enveloping, draping outfits that mix nun’s habits and burqas. And Offred muses that handmaid gatherings look like ‘paintings of harems, fat women lolling on divans, turbans on their heads, or velvet caps, being fanned with peacock tails, a eunuch in the background standing guard.’ In her world, independent Western women have fallen into an Orientalist nightmare. The terrible thing about being a handmaid is that you cease to be white.”

Travellers racially abused by gardaí and treated like ‘lowest of the low’, according to report (Ellen Coyne, Independent.ie)
[CN: racial abuse and bullying]
From the article: “The research […] found that a fear of or lack of trust in gardaí was having an effect on domestic abuse survivors in the Travelling community. Some victims were afraid to go to the gardaí because they believed the authorities would be more interested in trying to find other crimes on halting sites.”

The failed Rwanda deportation flight was a rare victory for refugees (Maria Brul, gal-dem)
From the article: “While the government promotes an environment of deterrence and dehumanisation, we refuse to allow them the power to wield unlawful and dangerous anti-immigration policies. What we are arguing is simple: there is no proof that this policy protects the people this government wants to remove. It is not lawful for the UK to abandon our responsibility to provide refuge to those escaping conflict, persecution, torture and slavery”.

[CN for the following pieces on Roe v Wade: abortion, oppression, the erosion of human rights, rape and incest]

Roe v. Wade is overturned. Now what? (Jude Ellison S. Doyle, Xtra)
https://xtramagazine.com/health/reproductive-health/roe-v-wade-overturned-225617
From the article: “I cannot even begin to tell you how many lies the average American heard about abortion in the past four decades—how many lies every potentially pregnant person in my life heard about their own pregnancies, their own bodies, their own right to make medical decisions. We heard that abortion caused cancer, infertility and suicide. We heard that “abortion,” as a term, extended to cover emergency contraception, birth control pills and IUDs. We heard that aborted foetuses could feel pain and that they were conscious during the procedure. We got fake ‘abortion’ footage using images of full-term stillbirths whose parents were, presumably, grieving.”

Can women be banned from traveling to other states to get an abortion? (Ava Sasani, New York Times)

We’re Not Going Back to the Time Before Roe v. Wade. We’re Going Somewhere Worse (Jia Tolentino, The New Yorker)
From the article: “We have entered an era not of unsafe abortion but of widespread state surveillance and criminalization—of pregnant women […] In the states where abortion has been or will soon be banned, any pregnancy loss past an early cutoff can now potentially be investigated as a crime. Search histories, browsing histories, text messages, location data, payment data, information from period-tracking apps—prosecutors can examine all of it if they believe that the loss of a pregnancy may have been deliberate. Even if prosecutors fail to prove that an abortion took place, those who are investigated will be punished by the process, liable for whatever might be found”.

The end of Roe vs Wade: what is there left to write? (Emily Tamkin, New Statesman)

Featured photo by Victoria Pickering on Flickr. This shows a protest sign with the words “Abortion rights are human rights”.

The image accompanying the Fancy a Bite? description is from Bella Bonner-Evans (Lisa Baker Ltd) and is part of a collection supplied by PR for the event (©@BJDeakin_Photography). This shows a selection of painted crockery and writing on a red checked tablecloth, including a plate showing a tomato and toast, along with the words “Not a Tory” and “I’d rather eat my own leg than vote Tory”.