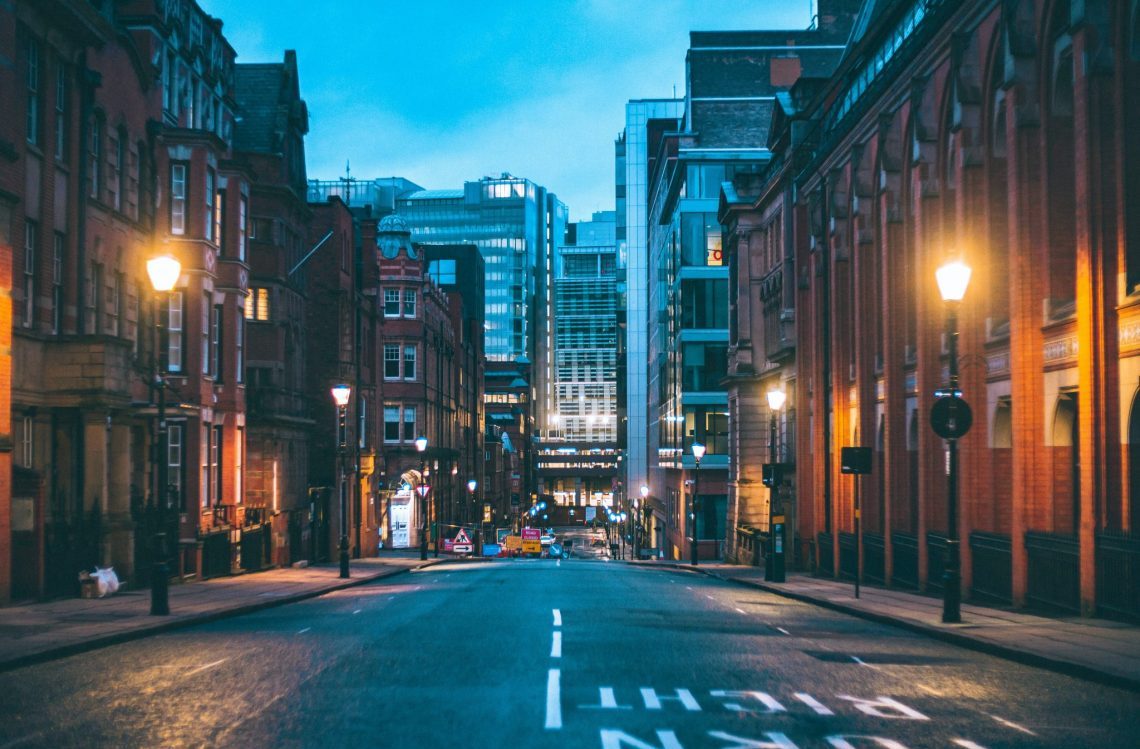 Weighing up safety and risk

As many as 80% of women around the world face frequent harassment and unwanted attention in public spaces. The perpetrators are most often male strangers, and the women tend to be young. Because of the high volume of negative experiences that women have in public spaces, I think it’s important to investigate their stories. It goes without saying that I acknowledge that not all men harass women and women are not exclusively the targets. Those from the global majority (that is those from black, Asian and other minority backgrounds) and LGBTQ+ individuals are also subject to daily harassment, especially where there are intersecting causes of discrimination. But I think it’s reasonable to draw attention to the fact that young women are disproportionately victims of harassment in public spaces, while men are overwhelmingly the perpetrators.

In March 2021, UN Women UK conducted a poll of over 1000 women in the UK and found that 97% of women aged 18-24 had faced harassment, with 80% of these incidents taking place in public spaces. After seeing this unbelievable figure, as part of a small-scale university project I decided to conduct interviews with young women aged 18-24 currently studying at a UK university to understand this statistic in more detail.

I discovered that women experience a disproportionate sense of danger, anxiety and fear of sexual assault in public spaces, which they believe to be absent in their male counterparts. The conclusions I came to support previous claims about street safety, such as the increasing gender gap, the restricted freedoms that women face and the importance of raising awareness about harassment. In this article for The F-Word, I hope to contribute to the wider discussion about making public space equally safe for all.

What counts as street harassment?

There is no consistent definition of street harassment across academic or informal literature. For example, for some, street harassment is merely unwelcome sexual comments, while others consider it to include a range of gestures and actions – such as saying sexualised and aggressive things – forced upon an individual in a public place without their consent. The lack of a clear definition, despite the excellent work done at points by The Everyday Sexism Project and others, demonstrates how comparatively little time and effort has been dedicated to understanding young women’s experiences.

For the purposes of my research, I defined street harassment as any unwanted interaction in a public space between strangers, including behaviours such as touching, cat-calling and heckling. Harassment that takes place on the ‘street’ also frequently occurs in areas such as pubs, clubs or bars, or on public transport. Street harassment reinforces gender inequality by limiting women’s ability to participate in public life. It acts as a constant reminder that simply presenting as a woman can give men a green light to invade women’s personal space at any point. Because many perpetrators are unknown to the victim, this can make harassment harder to anticipate and avoid.

In the UK today many believe that men and women share public spaces equally. However, women’s access to public spaces continues to be restricted using fear and intimidation tactics. Street harassment reinforces the impression that the street in general is a risky place for women, which then curtails women’s basic right to move safely through the world. Many worry that harassment will escalate into physical or sexual assault, and this ultimately negatively impacts women’s quality of life, as well as physical and mental health.

All the young women in the study said they modify their behaviour in public spaces in an attempt to avoid street harassment. They do so by wearing baggy or longer clothing, only walking in well-lit streets and sharing locations between friends

My research project found that women believe men experience and define both safety and harassment differently to women. Unsurprisingly, the Office for National Statistics found that while one in two women feel unsafe walking alone in the dark, only one in seven men report feeling unsafe in the same situation. At some point in my interviews, all the participants acknowledged that men can feel unsafe and experience harassment too, but as one participant said: “men get harassed and assaulted, but that’s not for being men.”

When asked how they thought men viewed their own safety, all participants said they believe men do not have the same safety concerns as women, and so they worry less about being alone during darker hours. One said:

I feel like for men […] safety is something they are more the provider of. The headspace of men, most of the time, is I want to make someone feel safe, or I want to be a safe space.

Another highlighted what they believed to be a gendered definition of safety:

[…] Men would perhaps think of safety in terms of wearing a seatbelt when driving, but for a lot of women it’s likely to be more about not putting yourself in a situation where harm could come to you.

Finally, when discussing meanings of street harassment, all participants were fearful of escalation to sexual assault if they were to call out an incident of street harassment, with many saying they conduct their behaviour in a certain way to try to protect themselves from physical or sexual harm. Ultimately, while rape is not always at the forefront of women’s minds, the possibility of rape still can make women feel like they need to be alert and aware of their surroundings at all times. The burden seems to be placed on women to keep themselves safe.

All the young women in the study said they modify their behaviour in public spaces in an attempt to avoid street harassment. They do so by wearing baggy or longer clothing, only walking in well-lit streets and sharing locations between friends. For many women, texting a friend to check they have got home safely is no longer a friendly check-in, but seemingly a necessity for peace of mind. Such behaviours may seem all too familiar to women reading this. One interviewee said she is “constantly alert when walking at night”, and “you can’t just walk mindlessly”, showing she, like many women, feel these precautions are non-negotiable. When asked if they were always aware of taking these precautions, the women I spoke to seemed taken aback, realising that clothing choices and well-lit routes home have become “instinctive”.

Women in this study said they felt “uncomfortable”, and “unsafe” when running during early or late hours, and those feelings have only increased during the ongoing pandemic

Fear of street harassment can ooze into young women’s daily lives, corroding their sense of security and restricting their basic freedoms. Many women’s basic fitness routines have been negatively affected by harassment, with as many as 60% of women in one study reporting being harassed while running, leading them to inform friends about where they are going, and even running without headphones. Women in this study said they felt “uncomfortable”, and “unsafe” when running during early or late hours, and those feelings have only increased during the ongoing pandemic. In February 2021, perhaps due to quieter streets, the BBC reported a significant increase in harassment and abuse towards women exercising alone during lockdowns, undoubtedly making women of all ages feel more paranoid and less secure. The horrific murders of Sarah Everard, Ashling Murphy and Sabina Nessa have only further damaged women’s sense of safety.

Participants in my study working in the nightlife economy said they avoid walking home from work, and all participants said they were reluctant to study late at university for fear of walking home in the dark. In an increasingly expensive world, young women can experience additional costs compared to men due to the reliance on public transport and taxis – often the only alternative to walking home alone. As such, women are more willing than men to spend money on a travel option that they perceive as safer than walking, leading to a financial penalty of transport tickets, petrol and parking charges. The fear of walking home alone at night has clear economic consequences for women who essentially end up paying more just to feel safe.

In 2021, UN Women published data from YouGov stating that 80% of survivors of sexual harassment never report their experience. In addition, street harassment has become ‘normalised’ for many women, further decreasing reporting rates. My study found that women were made to feel like reporting an incident of street harassment was “not serious enough” to occupy police time – perhaps a main cause for its continuation.

Young women in my study reiterated their reasons as to why they would be reluctant to report street harassment, saying they felt “embarrassed”, had “no proof” and believed others “need[ed] more help” from authority figures. While participants often acknowledged that women should not think this way, they still claimed they would not want to “draw attention to something if the police will say it’s not a big deal”.

One participant told me her experience of reporting street harassment, recalling feeling ashamed and intimidated when talking to the police, believing they would “diminish what happened”. This is a reasonable reservation on her part as the police have often ignored events of street harassment, shifting the blame from aggressive and entitled perpetrators to ‘provocatively dressed’ women. Another participant voiced an opinion which may resonate with some readers:

[…] I have really little belief in the justice system and feel that if you don’t have physical scars of abuse, little will be done. And I think that is the main reason this behaviour continues. There is no consequence for men. Yet women have to carry around this fear and embarrassment.

Regardless of clothing, behaviours, reactions, or time of day, people of all genders have the right to live their lives without the underlying fear of harassment in public places. The emphasis needs to move away from trying to teach women how to be safe, towards education about harassment and the removal of the belief that behaviours such as cat-calling and sexual comments are innocent jokes or even compliments.

In order for public spaces to become equally accessible to all, we need to start recognising and challenging harassing behaviours, taking accounts of harassment seriously, holding perpetrators responsible, and implementing better preventative action. It’s old fashioned to believe that safety is a woman’s responsibility, so it is time to change the narrative to a more inclusive and global response. Ending harassment begins by directly challenging the societal norms, behaviours and institutions that maintain it, and starting to open discussions, creating platforms for people to voice their experiences, and increasing awareness. By looking at this phenomenon clearly, we can kickstart the change.

Image by Tom W on Unsplash. It shows a Birmingham street in twilight.