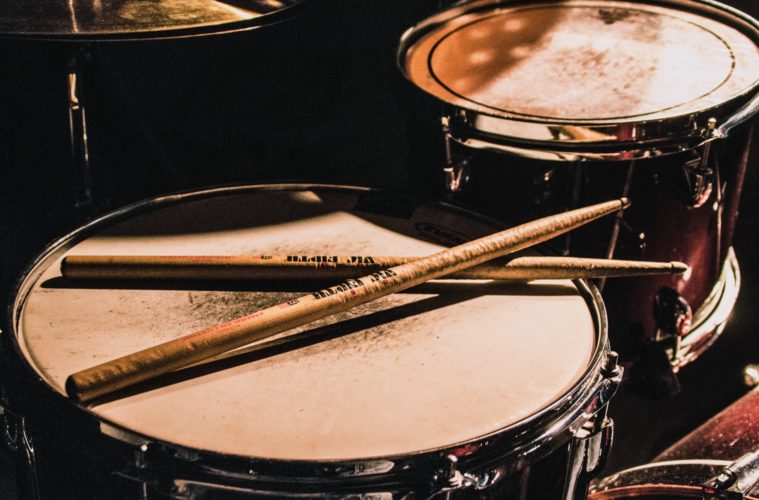 Cazz Blase interviews the author of She Bop II

It is seven years since the publication of Lucy O’Brien’s She Bop: The definitive history of women in rock, pop, and soul, a much enjoyed, and highly influential historical account of women in music. 2002 saw the publication of She Bop II – an updated, new edition of She Bop. An inspiring, enjoyable, and – above all – accessible book to read, She Bop II commences its story with 1920s blueswomen and the jazz age, and concludes with The Spice Girls, Lilith Fair, and Ladyfest whilst taking in 1950s pop sirens, sixties girl groups, punk, Madonna, disco, rap and much more along the way. Whilst concerned with the history of women in music, the book is also concerned with the parallel rise of feminism, and more general social change, and is interested in how the two interrelate. She Bop‘s author, Lucy O’Brien, is the author of two previous books – Dusty and Annie Lennox. She has also written for the Guardian, Q, The Face, and NME amongst other publications, and has worked in TV and radio as both guest pundit and producer. This interview was conducted, via email, on the 30th November 2002 by Cazz Blase. She Bop II is published by Continuum Books, and is £16.99

In naming the book, what made you decide on the title She Bop?

Not really. I wasn’t trying to be encyclopedic, I was examining themes and trends … so each chapter is more conceptual than chronological. Having said that, with more space I would have liked to expand on women in world music, and more of the current female-centric rock bands, and lesser-know lights from each decade. One has to stop somewhere tho, or I’d be like that man who has spent the last 20 years writing a George Bernard Shaw biography. He still hasn’t handed it in, cos “there’s more research to do”. Once you’ve got to a certain point it’s important for the book just to be out there.

There’s a pattern that runs throughout She Bop II of musical discovery, and of music that has been buried in the past being uncovered and celebrated later. Is this something you see as being important in the current musical climate?

So much of women’s history is buried, even a few years after the event!

Definitely. I was shocked when interviewing Lou Beattie from Glasgow’s Ladyfest 2001 that she found out about Riot Grrl by reading 1995 She Bop. So much of women’s history is buried – even a few years after the event! Lots of female punk bands have been ignored in the “official” histories of punk (even key acts like X Ray Spex and The Slits). Many of the vaudeville blues women are ignored in histories of the blues, and, as for women in rock like the wonderful Sandy Denny – don’t get me started!

Another theme running through the book was a trend for highly talented women such as Janis Joplin, Dusty Springfield and – recently-ish – Kirsty MacColl, to be only seen as seminal once they had died. Do you see this as being something that relates specifically to female artists, or do you think it’s more general than that?

That’s a good question. It’s a classic case of ‘you don’t know what you’ve got till its gone’. Dusty was struggling with a ‘difficult reputation’ right up to her death. Women do have to work twice as hard to remain visible – particularly if they’re older and no longer the hot young thing. Unlike male artist such as Lou Reed, Dylan and even Phil Collins, who always have a ready audience and a record deal. Alt country singer Nanci Griffith lamented this – younger gals who ‘couldn’t hold a note in a basket’ who are getting recognition instead of her.

Death does confer greatness, eg Lennon. There’s a sense of nostalgia, an indefinable ache, that crystallises the artist’s repertoire at a certain point in time. It’s all you have, all you’re ever going to have, so you appreciate it. What I call the Eva Cassidy syndrome.

Do you find the presence of punk-inspired fashion on 21st century catwalks and shop dummys a little strange?

The influence of punk is quite sweet and gratifying. Madonna in bondage gear 25 years after the fact! It shows it was a movement built to last. In the same way that growing up in the ’70s we had nostalgia for ’40s and ’50s clothes, today there’s a sense of style from two/three decades ago. It’s a cartoon, cleaned up MTV-variety, mind you.

Were you surprised by the way She Bop has been taken up by college/uni students and used in coursework in a v. academic way? Is this what you envisioned happening when you first wrote the book?

Apparently now She Bop has become a set text on many courses (cultural studies, commercial music, media studies etc). That’s exciting. It’s not what I envisioned, because I was writing from a very personal, polemical point of view. I didn’t set out to be ‘objective’ and academic, but I guess I’d done the research and had a wide body of material and it struck a chord. I’m thankful for that. Now Continuum Books are making it a backlist copy in the UK and US (ie, always available). I enjoy the fact that once I put it out, She Bop took on a life of its own.

Do you think the increasingly sexual nature of pop would have happened without Loaded, FHM, etc?

Mavis Bayton, in her book Frock Rock seemed slightly dismissive of She Bop, Amy Raphael’s Never Mind The Bollocks, and Karen O’Brien’s Hymn To Her, on the basis of you all being music journalists, and by insinuation only interested in writing about the big names. How would you respond to that?

I take her point that I focus on stars, but as I said in the Intro to my book, I’m interested in what it takes for a woman to be a star in any genre. Many of the artists I’ve covered started out as part of an underground culture and crossed over to the mainstream. They had an incredible singlemindedness. They are all cultural flashpoints – whether it’s Quatro and her bass guitar on ’70s Top Of The Pops or Missy Elliott counteracting sexploitative gangsta rap with her innovative beats and less than sylph-like frame. (OK, she’s changed image recently, but that’s a whole other story). They’re part of a larger picture I’m drawing.

I’d argue that although I have a background in journalism, She Bop straddles both the academic and popular market because of its conceptual approach.

What made you want to examine the role of women as consumers of music, particularly in relation to creating mix tapes?

Men have always been very confident, active consumers of music, to a trainspotting degree. It’s like football, something they talk about in the pub. An accusation I’ve encountered so many times over the years in writing for the music press is that women aren’t interested, or buy less music and less music mags than men. It’s my observation, however, that though women might consume music differently, it’s no less passionately. Women have had less disposable income, so they spend more time listening to the radio or making mix tapes, or borrowing CDs. This picture has been changing recently – interviewing someone in HMV’s marketing department, for instance, he said that women regularly come into their stores and are now buying more music than ever before.

It’s important to look at women as consumers, because they affect record company policy, and in turn influence the careers of female artists. As an audience, they are a key part of the equation.

Women in the music business are subject to the same discrimination that affects women in all areas. What intensifies it is the fact that the music industry isn’t unionized, so record companies can get away with unequal pay, unequal opportunity, long hours and exploitation. There’s still a cowboy, outlaw side to the business – the same element that makes it vibrant and exciting also makes people open to exploitation. In lots of ways the music industry is behind other areas in its treatment of women. As long as you have to persuade female stars to take their clothes off to sell records, there isn’t going to be a culture of respect.

Photo by Matthijs Smit on Unsplash