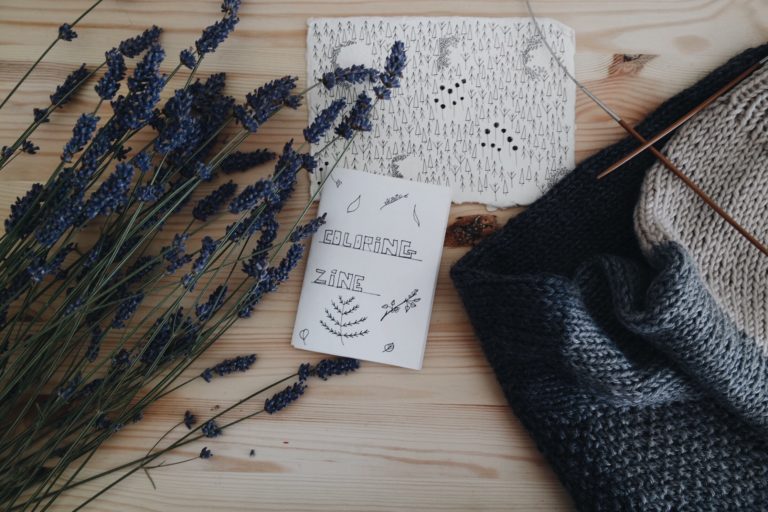 Zines: for when mainstream media lets us down

What made you want to do a zinefest focusing on women zine makers?

Histories of women who have independently written, designed and published alternative publications since the 1970s have yet to be discovered. Zine Fest! celebrates the innovations of women in British zine cultures over the last three decades and encourages zine makers of the past, present and future.

Zine cultures commonly exist in ‘underground’ subcultures (such as punk rock, anarchist or grassroots feminist networks) and do not have popular or public recognition. Young women, with a wealth of ideas but limited access to the mainstream media, are taking it upon themselves to self-publish through any means available – including using home computers and clandestine swipes at the office photocopier.

All it needs to make a zine is a pen, piece of paper and a means of getting your words out into the world. Zines reflect a cultural turn in which young women, usually seen as apathetic or ardent consumers, find their place as cultural producers and forge their own writing communities. It is in the interest of women’s history to begin to document these cultures and communities.

Zine Fest! aims to bring together old-hand zine-makers and those who are completely new to self-publishing. We want to encourage people to make zines, whatever their age or backgrounds, and to exchange ideas and skills. Zines provide an uncensored forum for writing, art, and cultural commentary and can be as messy and spontaneous, or as slick and professional, as you like. The onus is on self-expression and having fun.

Zines also provide a range of alternative images and voices to the gender stereotyping of women prevalent in mainstream and independent magazines, newspapers and television programmes. By writing out women’s lives, bodies and thoughts, zines are open platforms to explore women’s self identities and to pose a challenge to the so-called ‘post-feminist’ and ‘ladette’ society we’re living in. Plus, women seem to make the most wickedly funny zines.

At what point did the Women’s Library get involved?

Zine Fest! came about through a public history placement at the Women’s Library, which was part of my university course. I wanted to volunteer on their zine collection, and the library wanted an event to profile the collection, so it was mutually great timing! The Women’s Library is an amazing resource. It houses magazines, personal papers, banners and novels, amongst other things, and documents women’s histories, movements and roles in popular culture. The zine collection also complements the broader archives of women artists’ books and women’s liberation publications at the library.

Plus, the library is getting more tuned into the importance of archiving the culture and lives of young women – it’s part of their collection development priority now. The Women’s Library Zine Collection itself started in 2002 with 50 zines collected and donated by Ladyfest London, a feminist arts and music festival. The collection has slowly developed over the years to include over 150 zines – from comics and photo-story zines to hand-stitched books in fabric envelopes. Titles include Chica, Beefer, Working with Transgender Clients, Adventures in Menstruating, Bikini Kill and Queer Mutiny. You can check out the zine catalogue online.

How is this zinefest different/the same as other zinefests, such as those in London and Manchester over the last couple of years?

The working groups behind the annual London and Manchester zine symposiums actually include women really involved in zine cultures, feminist organising and independent publishing – so they’re coming out of a similar place as Zine Fest! These symposiums are broader events though, covering zine and independent DIY (do-it-yourself) networks more generally and profiling zine makers of all genders. Zine Fest! will share a similar format – which includes workshops, panel discussions, stalls, and film screenings – but will be the first zine event to focus specifically on the history of women’s zines in the UK (including zines made by transgendered women).

Not so long ago, Ladyfest Bristol and Manchester (2003) curated the first UK art exhibition of women comics-makers, ‘The Cave of Comic Queens’. Their comments about comics can also be applied to zines and the issues being addressed at Zine Fest!:

Comics are just so overlooked, as an art form, as a narrative form; and because they are completely male-dominated. Walk into any comic bookshop and look on the shelves and in the racks, how many women artists can you find? You’d never guess the wealth of talent there is in this country alone. Ladyfest Manchester festival programme, 2003

Do you feel a debt to zine-makers of the past? if so, who?

Riot Grrrl networks of London and Europe from 2001 to now have really influenced and shaped me. This was my feminist community when I started publishing my own zine, Varla’s Passed Out Again. I made friends with zine-makers who have had a huge personal and political influence on me, having debated loads of different ideas and experiences with them. To drop a few names, these include Sophie Scarlet, Sarah Sabotage, Rainey of Twinkle Eye Fizzy, Laura Synthesis, Jane from Electra and Marion from Who’s that Bitch.

Those Riot Grrrl years were a really creative time – girls and guys editing zines together, writing articles, swapping letters, making flyers and supporting each other’s projects. Zines were the ideal forum to carry forward intelligent, creative, humorous and personal voices – and to discuss feminism in totally raw and emotional ways.

I also owe a debt to any woman who has overcome her feelings of not being good enough and has put her life down in print, to inspire, communicate or to entertain. Zines are publications which need no permission, ultimately.

Can you name some of your favourite current and past zines?

In the US, Brainscan for pushing the craft-aspect of zines and for incendiary writing. A Renegade’s Guide to Love and Sabotage and Quantify for totally smart and provocative writing on feminism’s intersections with activism, class and race. East Village Inky for being a riot of a zine, all about raising kids, being creative and photobooth pictures whilst wearing red lipstick.

In Britain, Capital Frantic, Footsteps in the Dark, Ablaze, This Is!, Dynamite Diaries, Electra, Hello Trouble, Period, Morgenmuffel and Mend My Dress for being brave, intelligent, creative zines dealing with topics as varied as resisting the war in Iraq, surviving sexual violence, vegan cooking, travelling and making a comic strip every day for a month.

I understand that as part of the zinefest you’ve been researching female zine-makers of the past. What sort of things did you turn up, and what/who did you find particularly interesting and why?

There’s an interesting history of women self-publishing throughout the twentieth century, including the early suffragette newspapers and publishing houses.

More recently, the feminist second wave created an independent media and publishing legacy with magazines such as Spare Rib (the most successful feminist magazine, thriving over several decades from 1972 to 1993).

These strong writing communities, newsletters and magazines petered out due to the disagreements, splits and Tory conservatism/cut-backs of the 1980s. Emerging from the then new punk subcultures was the zine Temporary Hoarding which included writing by musicians and activists such as Lucy Toothpaste, a founder of Rock Against Sexism in 1978.

This cut-and-paste photocopied zine was the mainstay for RAS campaign collaborators Rock Against Racism, which used to discuss ideas and promote their social justice gigs within its pages.

RAS also openly criticised the popular music press for its stereotypical and narrow depictions of women in rock (a tendency still common-place today, note the furore NME caused with initially refusing to have Beth Ditto, voluptuous lady and lesbian icon of garage punk rock, featured on their front cover).

Zines have always existed to provide alternative, more imaginative and provocative media to the commercial publications cluttering up the newsagent’s shelf. In provocation to the ‘sex-wars’ of the Women’s Liberation Movmement and the perceived ‘dowdiness’ of second wave feminism, young women in the 1980s made piss-taking into an art with magazines like Shocking Pink, an hilarous amateur magazine which stuck two finger’s up to the heterosexist and dreary teen-girl magazines like Jackie and My Guy.

Shocking Pink, which ran from the late 1980s to early 1990s, billed itself as a “radical magazine for young women”. Part magazine with serious political coverage, part school-club magazine (if your classmates were hot-headed, deliciously witty, rebel grrrls) this magazine pre-dated riot grrrl zines with its fusion of sass, cultural appropriation and sprawling biro-made doodles all over the margins and type face.

One reader’s letter from an early edition congratulates the magazine for being a “marvelous, amusing, tacky and offensive” publication. Shocking Pink talked about sex and queer sexualities at a time when Section 28 made it illegal to “promote homosexuality” and forged an in-your-face challenge to the “ageism” in the Women’s Liberation Movement, which was failing to recognise the political interests and activism of young women on their own terms.

Girls continued this DIY tradition in the 1990s and beyond with the rise of the youth feminist movement Riot Grrrl. Confrontational and personal zines such as Vaginal Teeth, Violet, and Girl Frenzy documented women’s involvement in underground arts and music and offered a contemporary feminism with bite and passion.

Zine Fest! aims to document this rise of the girl-zine movement and encourages zine makers of the past, present and future to carry on the DIY tradition. There’s a quote by dancer Martha Graham which pretty much sums up why this is important:

“There is a vitality, an energy, a quickening that is translated through you into action and because there is only one of you in all of time, this expression is unique. If you block it, it will never exist through any other medium and will be lost.”

The histories of women who have independently written, designed and published alternative publications since the 1970s have yet to be fully discovered and recognised and that’s what we’re doing with Zine Fest! The Women’s Library Zine Collection also exists to preserve all these voices for the future.

Zine Fest is free, but as places are limited for the zine-making workshop, please email [email protected] or call 0207 320 2222 if you would like to attend this session.