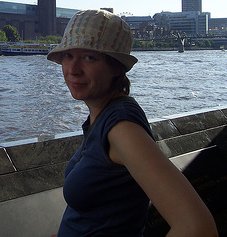 The story of The F-Word

Note from Holly Combe, who was rotating editor from July 2016 to July 2017: This post is based on one of our historical pages and was slightly edited for the blog on 24 July 2017.

I created this site six years ago in 2001 because I felt there was a lack of such resources for UK feminists. I had searched for feminist websites (Google was in its infancy at the time!) and was perplexed to find nothing much, only old references to Spare Rib and academic Womens Studies sites. It was disappointing to compare this to the vibrant feminist websites and magazines coming from the U.S. and other countries.

I figured there must be other young women out there in the UK who were interested in feminism like me and were keen to debate the latest contemporary feminist issues in an open-minded and constructive way.

Well, I have to say that creating and publishing The F Word is the most rewarding thing I have ever done in my life. I am extremely proud of and thankful to everyone who has been involved in it, and very very pleased to have been able to contribute something to British feminism.

Six years on, the site has grown to include 315 articles and reviews written by 115 contributors, a regularly updated blog, we have tens of thousands of readers, we have been publicised in the national press and the site is archived by the British Library.

I have been told that feminists have felt inspired by what they have read and have gone on to form other groups, campaigns, organisations and websites of their own. The feminist community in the UK is now incredibly vibrant and increasingly visible and active. It is pleasing to see that young women are at the forefront of this and I hope that this site has contributed in some small way to the resurgence of feminism in recent years. I am incredibly proud to have been part of that.

I am now writing to let you know that I am now stepping down as day to day Editor of The F Word and handing over to Jess McCabe, who some of you may know from our blog. I will remain as the site’s Publisher (effectively the owner), but will be removed from dealing with the content and the editing.

Jess is extremely qualified to take over the reins and I have the utmost confidence in her to do an absolutely fantastic job and develop the site further.

I’ll hand over to Jess to introduce herself to you: Before working with Catherine, I was already a fan of The F-Word and the groundbreaking work that she has been doing. I’m honoured that Catherine has invited me to come on board, and I hope that I can live up the high standard she has set, which has made The F-Word the success it is.

With a little luck, most F-Word readers will already be familiar with some of my writing both on the website proper and, of course, the blog. Others might know me from the Feminist Library, where I’ve been volunteering for the last few years.

For those who don’t know me, I live in South London with one partner, two cats and a really big collection of dvds. Gender politics aside, obsessions include punk rock, 18th century literature and any number of terrible TV shows. My background is in environmental journalism. But I’m sure we’ll get to know each other better over the next few months, so I’ll hand you back to Catherine…

Jess and I have both agreed the editorial approach to the site and we wanted to share this with you to reassure you in case you had any concerns about a possible change in direction. Here it is:

While responsible for publishing content to the site, the editor will aim to:

I have to say a special thanks to various wonderful people.

Without Andrew this site would not exist. He was the one who encouraged me to set it up and who actually bought the URL for me as a surprise. (I don’t think he knew that he was letting himself in for six years of web designing and technical consultancy work for me, but nevermind!). He has worked incredibly hard and had been totally dedicated in making the site comply with web accessiblity standards. Really this site has been a partnership effort between us and his contribution has been absolutely invaluable.

Thank you to Jane and Helen, the very first subscribers to my mailing list and my best friends, for being unfailingly supportive and inspirational over the years and encouraging me in everything I have wanted to do.

Thanks to Kristin Aune, Rachel Given Wilson, Vic Hartgrove, Holly Combe, Louise Livesey, Lynne Miles, Red Chidgey and everyone at London Third Wave for friendship, support and enthusiastic and optimistic discussions about the coming new wave of feminism. Steven Jones, for being my boss during the first few years the site was going on and for being such a fab person and a good friend.

Thank you to every single contributor, too numerous to name here, but you know who you all are and you are all bloody fantastic!

To all those at The Guardian for being so supportive especially Katharine Viner, Kira Cochrane, Libby Brooks and Rachel Bell.

And of course thank you to Jess for agreeing to take over and for being so incredibly patient over the last few months whilst I’ve tried to tie up the loose ends. I wish all of you the best and here’s to a future where feminism grows increasingly stronger.