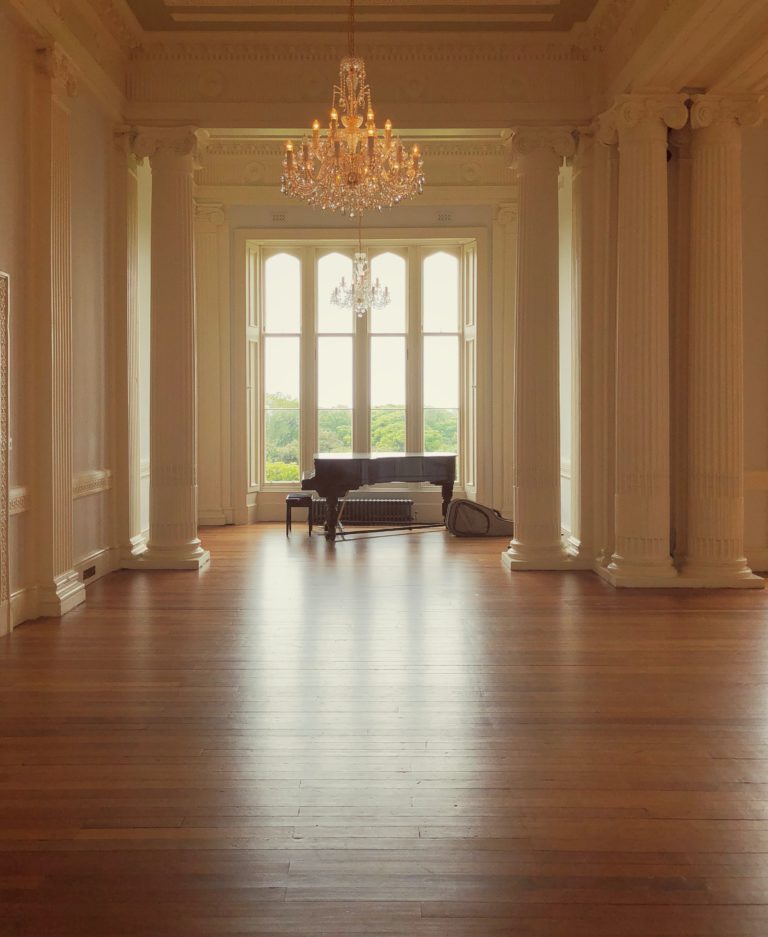 As the temperature begins to drop and a new batch of 18 year-olds discovers the joys of student-union theme nights, TV channels across the land are rolling out their autumn schedules and, once again, we can expect to be up to our necks in crinolines and corsets. For the season of the costume drama is upon us.

Sceptics can, of course, comfort themselves with the thought that there can’t possibly be any Jane Austen novels left that haven’t been adapted at least once in the last 12 months, and can sleep easy knowing that Jane Eyre will be given a rest, that Dickens and Hardy won’t be rolled out until Christmas and that (hopefully) all concerned will think it best to leave Wuthering Heights alone for a few more years.

Don’t get me wrong – I like costume dramas. I just wish writers, producers and schedulers would be a little more imaginative in their choice of books to adapt. For starters, why the fascination with the Brontës, Dickens, Hardy and Austen? Even George Elliot and Elizabeth Gaskell only got a look in a few years ago, similarly Trollope and Thackeray.

When it comes to choosing novels for adaptation, it’s worth bearing in mind that a novel doesn’t have to be perfect to be suitable

Of course, this lack of imagination could stem from a desire to pull in viewers by linking their choices to the type of books that are on the national curriculum or are taught on university courses. I’m sure that my fellow English students were really pleased when, in late 2002, the BBC screened an adaptation of George Elliot’s Daniel Deronda mere weeks before we were due to study it. Similarly, it can’t be coincidence that we’ve had, in recent years, Jane Eyre, Jude the Obscure, Tess of the D’Urbervilles and ITV’s entire Jane Austen season timed to fit in with the GCSE and A-level exam period.

There have been television and film adaptations of 20th century ‘middlebrow’ novels, but they rarely capture the imagination, or the audience-levels, commanded by a 19th century adaptation. One notable exception to this rule would be Brideshead Revisited, which really was embraced en masse when it was adapted for TV in 1981 and looks set to do so again in the upcoming adaptation, out next year.

It’s fair to say that dramas such as Stephen Poliakoff’s The Lost Prince and the recent film of Ian McEwan’s Atonement, both of which have the setting and feel of period pieces, but were written comparatively recently, do seem to be changing this to an extent. However, they are the exceptions rather than the rule.

I find it hard to believe that this is because the audience is unfamiliar with the books in question, because I don’t believe that everyone who has watched Jane Eyre, Pride and Prejudice, North And South, or Nicholas Nickleby has read these books. Similarly, you don’t need to have read Stella Gibbons’ Cold Comfort Farm to enjoy the ITV version from 1995. Although Cold Comfort Farm was well received, it wasn’t until 2004 that Radio 4 aired Lynne Truss’ adaptation of another of her novels, Westwood, suggesting that commissioning editors would rather invest in a literary heavyweight.

When it comes to choosing novels for adaptation, it’s worth bearing in mind that a novel doesn’t have to be perfect to be suitable. If anything, the more highly regarded the original, the less likely it can be adapted in a way that makes everyone happy. Personally, I have a lot of issues with the 2003 BBC film adaptation of Dodie Smith’s I Capture The Castle, mainly because I know the book incredibly well.

On the other hand, and at the less perfect end of the scale, I can’t help but think that Dodie Smith’s The Town in Bloom would be perfect as a radio drama, whereas Stella Gibbons’ Here Be Dragons would make a great film or TV drama. Neither text is perfect, yet both share convincing characters, dialogue and interesting settings. It’s also accurate to say that both glow with the fire of flaming youth, something that would make a change from the calm dignity, 19th century gothic setting and giggling girlishness of the average period drama.

The Town in Bloom revolves around a cast of young women in the 1920s who live in a club for actresses, dancers and musicians in London. Because of the hours they keep, their professions and the place they live, they are outside the norm, in that they are women on their own, dependent only on getting work, but otherwise completely independent. Billie Melman, in the book Women and the Popular Imagination in the ’20s: Flappers and Nymphs, estimated that there were 1,920,000 ‘surplus women’ in Britain following the end of world war one: that is 1,920,000 more women than men. Smith’s book taps into this large number of single women who, whether out of preference or lack of other options, are pursuing their own careers and interests entirely independently.

Smith’s book taps into this large number of single women who, whether out of preference or lack of other options, are pursuing their own careers and interests entirely independently

Gibbons’ Here be Dragons, by comparison, takes place in 1950s London, something of a lost period in terms of youth culture. Two years ago, BBC4 felt sufficient need to draw attention to the ‘lost decade’ of 1945 to 1955 that it programmed a whole season around it, including one show on bohemia, which is a dominant theme in this novel. While Gibbons’ youths are equally as free, in most respects, as Smith’s, they are, in many ways, paying more of a price for that freedom, in that they must often choose between parental wishes and their own desires. Their sense of freedom seems less permanent in this novel and, in a time when national service hung over all 17 year-old boys like a threat, much more problematic.

Both books draw attention to the divorce laws of the day and to the stigma attached to any woman who should find herself up in court as a ‘co-respondent’ (the ‘other woman’) in a divorce case, suggesting that sexual freedom often came with a price, as well as drawing attention to how little the divorce laws had changed in the 30 years between the ’20s world evoked by Smith’s and the ’50s of Gibbons’ novels.

Smith’s The Town in Bloom is a novel of voices, partly because it is written in the first person, but also because thoughts and impressions are important, rather than scenery. The club at which the heroine, Mouse, lives, is vividly described, yet other places of interest, such as the theatre at which she works, seem less fully-realised, making for a story with a fairly static series of locations throughout, which, again, would appear to lend itself to the atmospherics of radio, and not of TV or film. The story begins with a reunion in the 1960s between three friends in their late 50s/early 60s and a mystery concerning the whereabouts and fortunes of another of their number, the mysterious Zelle, who disappeared from their lives 40 years previously.

We then move back in time to the 1920s, and to the arrival of the then 18 year-old Mouse, an orphan who is seeking a career on the stage, at the club in London, fresh from the suburbs of Manchester. Although sometimes sentimental in characterisation, the narration of Mouse is strong enough to carry the story and there are enough quirks and engaging characters to keep the reader interested. Perhaps some of the wryest observation is created by the 50-something Mouse, comparing the freedoms of her own youth to the youth of the ’60s, and rather envying them, whereas her contemporaries take a more reactionary view, conveniently forgetting their own behaviour as young women in the ’20s. As with Gibbons’ novel, The Town in Bloom can be a bit slow at times, yet, with pruning, it could be turned into a nice serial for Radio 4.

Both of these novels are interesting because they display a complex array of characters and help to chip away at the myth that the sexual revolution began in the 1960s. The female characters, especially in Gibbons’ novel, do not fit recognisable types: they are complex, fully-realised characters, who evoke a mixture of responses from the reader. They are not simply ‘good girls’ and ‘bad girls’ or purely depicted as wives, mothers and daughters, they are not judged, or (usually) punished for their decisions, and the sense of morality is far less strong in these texts than in the typical 19th century novel. The 1920s and 1950s were times of great change, in many ways, and novels by such authors as Smith, Gibbons and many, many others that could be used to remind us of this. Lynne Truss did a good job on Gibbons’ Westwood, bringing the characters to life and pruning the text without spoiling it, turning an average novel into a classic adaptation. This shows that it can be done. As screenwriters such as Andrew Davies turn away from 19th century texts to contemporary writers, is it possible that, someday, they may start to fill in the gaps, and that there may be such a thing as a 20th century period drama season?