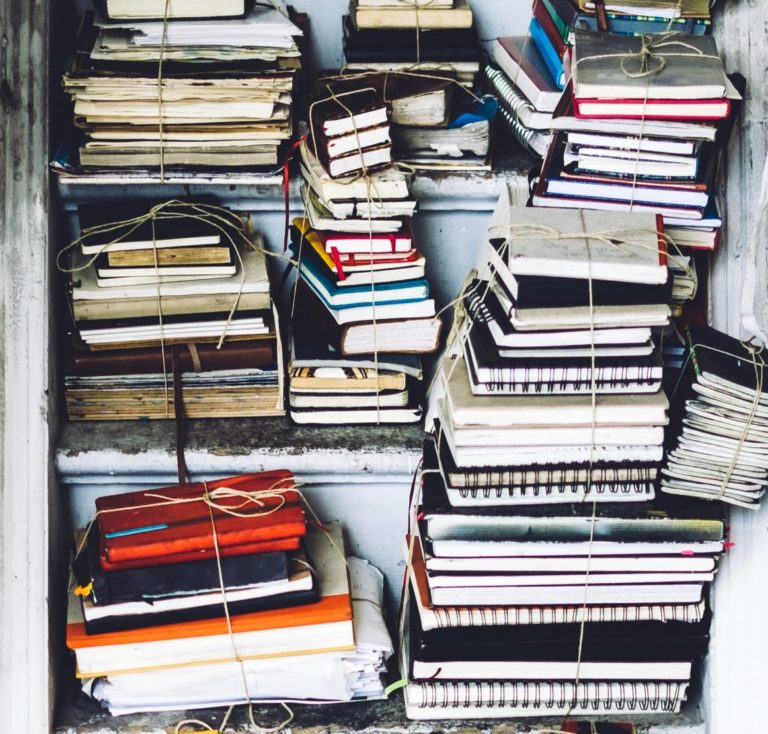 “Etty Hillesum lived in Amsterdam, like Anne Frank and, like her, she kept a diary.” So begins the blurb on the Persephone website for An Interrupted Life: The Diaries and Letters of Etty Hillesum 1941-43. Yet the two books, and their writers, are very different. In an odd way, The Diary Of Anne Frank tends to be treated as much as a coming of age story as a record of the Holocaust, whereas Etty Hillesum’s book, while taking the reader on a journey that, ultimately, has the same tragic ending, presents the reader with an older voice as well as an equally unflinching account of the times.

Hillesum was born in 1914 in Holland. She read law, Russian and psychology at the University of Amsterdam, and moved into 6 Gabriel Metsustraat as unofficial housekeeper to a widower, who later became her lover. Julius Spier, founder of psychochirology (the study of palms) also became her lover and mentor around this time. Eva Hoffman, who wrote the preface for the book, describes Hillesum as “an intellectual young woman”, a private person, who was “impassioned, erotically volatile, restless”, while her journey was “idiosyncratic, individual, and recognisably modern”.

This last point is important – although the book gets of to a slow start, I found that once I got used to Hillesum’s style and her character I became increasingly drawn to, and drawn into, the book. It is not an easy read by any means, but it is full of revelations and feels very contemporary in a lot of ways. Hillesum, like the Dutch artist Charlotte Salomon who also perished in the Holocaust, used her natural introspection to create something enduring outside of herself. Despite their shared fate, Hillesum’s early life, unlike Salomon’s, was not marred by tragedy, but both obviously shared a need to examine and critique their experiences, and themselves. Yet it is this introspection and self-analysis that makes their work so compelling today.

Etty Hillesum was sent to Auschwitz in September 1943, and died there in November

“I don’t think I am cut out for one man.” Writes Etty at one point, “I even find the loving of one man a bit childish sometimes. Nor could I be faithful to one man. Not because of other men, but because I myself am made up of so many people. I am now 27, and it feels as if I have had my fill of loving and being loved by men. I feel very, very old.”

This self-analysis and self reflection is, naturally, what keeping a diary is all about, and yet it doesn’t prevent Hillesum from revealing casual anecdotes about the streets of Amsterdam, things heard through friends and acquaintances, the reality of life in occupied Holland and of the Holocaust. There is a moment where she goes to a general shop to buy some essentials, and is challenged by another customer as to her entitlement, as a Jew, to what she is purchasing. The later stages of the book, made up of letters at a time when her freedom was becoming increasingly restricted, reveal as much through what is unsaid as through what is said that her time, like that of so many others, was rapidly running out.

Etty Hillesum was sent to Auschwitz in September 1943, and died there in November. Her narrative, at times, expresses the hope shared by many Dutch people that the allies would soon arrive in Holland, but for her and millions of others, the liberation came far too late.

Through her diaries you get a real sense of humanity, of human dignity and resistance in the face of increasingly tough odds. As Eva Hoffman puts it: “In the last stages of her amazing and moving journey, Etty seemed to attain that peace which passeth understanding… Finally, however, the violence and brutality she saw all around her overwhelmed even her capacity to understand… But by knowing and feeling so deeply and fully, an unknown young woman became one of the most exceptional and truest witnesses of the devastation through which she lived.”

This is a very moving and inspiring book, which also has a strangely beautiful quality to it.