Reflection on the US nominations process 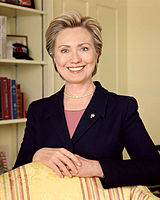 It just occurred to me, whilst catching up on my blog reading, that this is the first US election I’ve seen where Race and Gender are words used during the campaign (rather than afterwards to explain why millions of voters got disenfranchised). Is this a good thing? Well maybe not. The Republicans have had to do very little so far in blaming the US situation on bolshy women or uppity black folks – why? Because the media coverage, and indeed Obama and Clinton, have done it well enough by themselves. And, after all, the Republican candidates are all white men so why would they have to worry about race or gender? My point is that whilst, superficially, the notion of a female candidate and a black candidate is a great thing the coverage has been so essentialist as to make this a negative not a positive.

For example, Obama’s recent “dogwhistle”* comment that “I understand that Senator Clinton, periodically when she’s feeling down, launches attacks as a way of trying to boost her appeal”. The argument goes the use of the word “periodically” was meant to remind male voters of periods and PMS (lets ignore the fact that Clinton is 60 and there probably at least peri-menopausal if not post-menopausal). If Clinton is going to be challenged on her reproductive biology and Obama on his skin colour we’ve kind of lost the argument – yes it’s important in liberation terms that we have women and black candidates but it’s more important they are seen as more than just female or black.

* A dogwhistle in politics is a way to send a message to a target audience that goes over the heads of most people, because those people might be offended or turned off if you came out and said it.