Our report on Million Women Rise 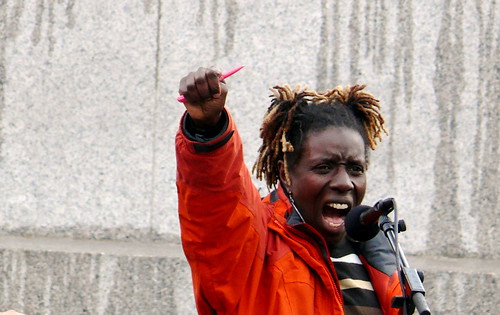 So a million women did not literally descend on London for today’s International Women’s Day march. I am terrible at guessing crowd numbers, so I won’t even try. An estimated 4,000-5,000 women turned out to march through the streets of London this Saturday, to mark International Women’s Day. The Million Women Rise captured a powerful spirit of solidarity and protest against violence and discrimination faced by women worldwide. And considering the competing draws of Capital Woman and the other feminist and women’s events being held up and down the country, it was a powerful show of strength. 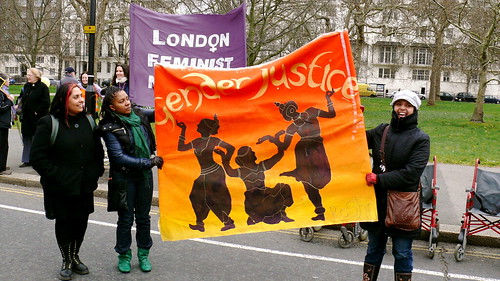 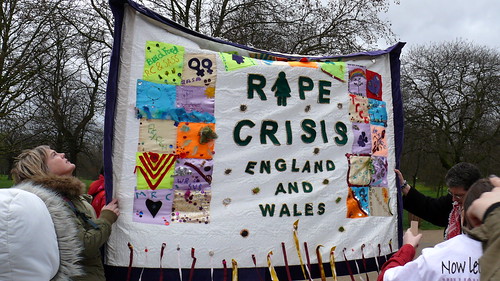 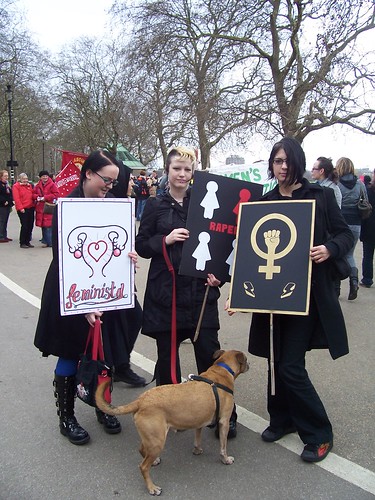 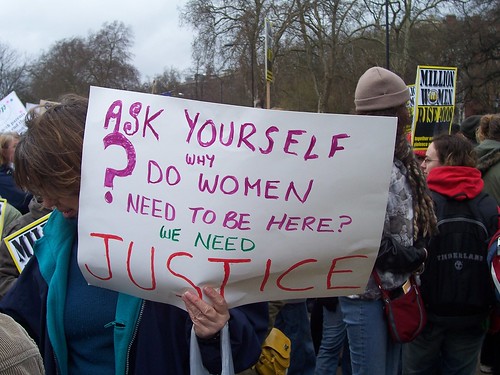 At first it was mostly interested tourists in those open-top buses (and one woman in a bathrobe cheering the marchers on from her balcony at the Dorchester!) But the march really got going when we wended our way into the busier bits of London: through Green Park, into Piccadilly Circus. Bus drivers tooted us (we hoped enthusiastically), both men and women waved from the sidelines. Some (men) had slightly sour expressions on their faces, but that was pretty much it when it comes to negative reactions. Although there were some… interesting observers parked nearby.

But then we turned the corner into Trafalgar Square, where the rally was due to take place: 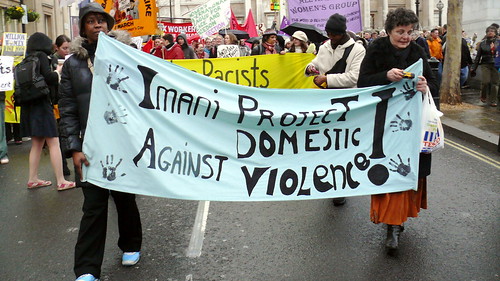 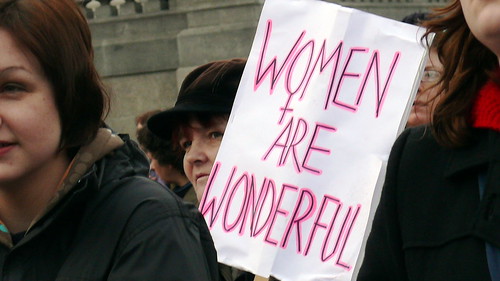 If the march itself was joyful and affirming, the speeches were enough to get anyone fired up – covering everything from female genital mutilation to the rights of migrant women in the UK. Speakers touched on women’s rights in Zimbabwe and Palestine, and told stories of brutal violence here in England. 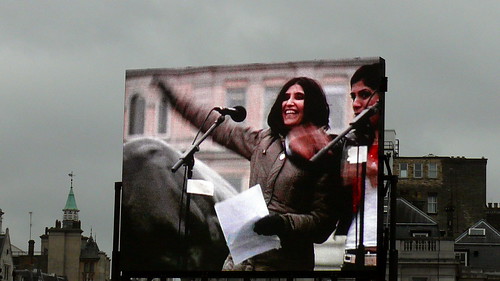 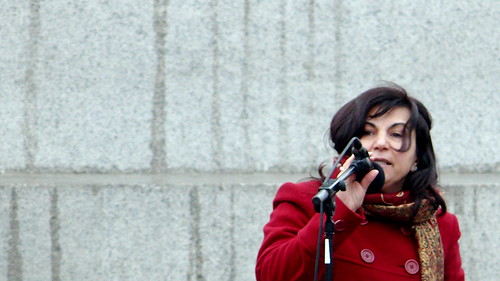 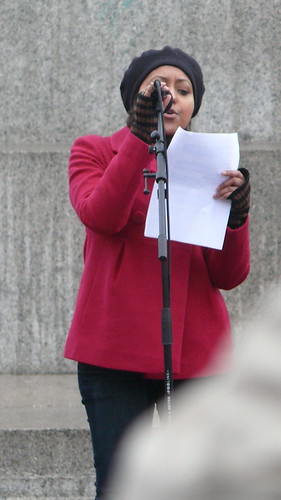 “If they tell you it’s impossible, you know you’re really on to something.”

So said one of the lovely speakers at the drizzly but passionate post-march rally; just one of the many comments and sights that so inspired me from yesterday. And it’s true. Can you imagine this happening ten years ago? If someone had said that there would be feminists marching in their thousands through London, we’d have been scoffed at and told that feminism was dead, that it was impossible. Well, yesterday proved that it certainly was anything but that. Massive respect must go to the organisers who did an incredible job in arranging such a stupendous event and encouraging so many different kinds of women from different backgrounds and ages onto the streets. It does feel like a new resurgence of feminism is coming up, doesn’t it? We are part of a movement! How *wonderful* to be able to be part of that. These are very exciting times. Events like yesterday give me so much hope for the future.

Only one thing pisses me off. Why the defening silence from the media, huh? What does it take to get a little tiny bit of attention for women’s issues? Was yesterday’s march even reported at all? I haven’t seen anything so far. It just goes to show what a lack of importance the mainstream media put on women’s issues. Pathetic. I know I said this after Reclaim the Night in November, but still. Grrr!

Anyway, I don’t want to bring down the general fuzzy feeling after such a wonderful event which will leave me with such great memories, including a moving reading of: Still I Rise

and the women on the stage bellowing:

What do we want?

An end to violence against women!

When do we want it?

At one point it seemed like that shout would go on for ever.

I thought I would post up a few links to just a few of the many organisations that I saw or heard about on the day so that readers can donate or support them in other ways.

This post will be updated as we collect our thoughts about the march, but in the mean time you can see more photos at the new F Word Flickr pool. Do check it out and post your own IWD and feminist photos! Also take a look at Alex Brew’s excellent photos from the march.

Links to other folks’ coverage of the march: