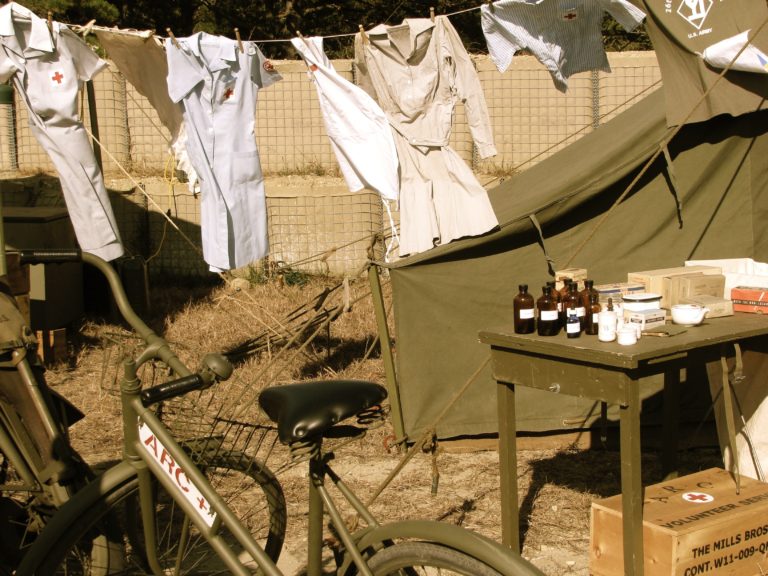 Monica Dickens, the great-granddaughter of Charles Dickens, can, like Jessica Mitford, be seen to be a writer who came from a privileged background and who, ultimately, rejected that background, transcending the British class system in the process. They were of the same generation and, whereas Mitford’s life was considerably more scandalous, Dickens’ own was not without controversy. She was expelled from St Paul’s Girls’ School in London and, after doing the deb circuit, went into service, mainly (it appears) out of sheer boredom and a desire to earn her own money. She worked as a cook and general servant, and the experience formed her first book, One Pair Of Hands, now collected in Chronicle of a Working Life.

A number of well-paid middle class women have, in recent years, dallied with unedifying, hard, badly paid work in the name of investigative journalism (Polly Toynbee’s Hard Work and Barbara Ehrenreich’s Nickel And Dimed: Undercover In Low Wage America being two examples), but I would venture that Dickens’ book is unique, firstly, because she was, if not the first (and I don’t believe that she was) to write an exposé of low-paid work, possibly the only one to go into the profession in question without an agenda.

You couldn’t open a newspaper without being told that YOU were wanted in the Army, the Navy or the Air Force; factory wheels would stop turning unless you rushed into overalls at once; the AFS could quench no fires without you, every hoarding beckoned you and even Marble Arch badgered you about ARP

This lack of agenda means that the book reads more like a novel than an investigative report, and she proves to have a talent for character studies, vividly evoking insufferable clients, the mother-in-law from hell, randy servicemen, merciless builders, and spiteful servants in turn. While not written as a manifesto, she does conclude at one point, having worked for a fashion designer who drives not only her but also his secretary to tears, that the so-called ‘servant problem’ of the period would probably be non existent if people treated their servants as human beings.

Frequently useless as a servant, and erratic as a cook, it is perhaps telling that, despite her obvious incompetence, she is only sacked twice – once for a truly disastrous dinner, the second time when the mistress of the house catches her in an unwilling clinch with her drunken boyfriend – but that she has to leave a job when a fellow servant attempts to blackmail her with allegations about her sex life.

By contrast, One Pair Of Feet, published in 1942, rings in the changes, and opportunities for women in the wartime job market, right from the start:

“One had got to be something: that was obvious. But what? It seemed that women, having been surplus for 20 years, were suddenly wanted in a hundred different places at once. You couldn’t open a newspaper without being told that YOU were wanted in the Army, the Navy or the Air Force; factory wheels would stop turning unless you rushed into overalls at once; the AFS could quench no fires without you, every hoarding beckoned you and even Marble Arch badgered you about ARP.”

Dickens specialised in a subtle form of social documentation, less explicit than her literary ancestor, but equally shocking in content at times

This sardonic take on early WWII hysteria and a national mania to be seen to be ‘doing something’ for the war effort compares well with the light observational comedy of E.M Delafield’s The Provincial Lady In Wartime, and Dickens’ wry comment that “The Suffragettes could have saved themselves a lot of trouble if they had seen this coming. Men’s jobs were open to women and trousers were selling like hot cakes on Kensington High Street.” Also reflects the mood.

Despite this disruption to the social order, some things, it appears, remained the same, and the class difference is, if anything, even more obvious in this second book than it was in the first. This is mainly because One Pair Of Feet charts Dickens’ experience as a trainee nurse. At the time of her training, nurses still lived in at their hospitals during training, and the social pecking order at the hospital, and between nurses of differing grades, is rigourously enforced.

This book therefore should be read as a pre-NHS account of nurse training, whilst at the same time be seen to be raising a number of questions as to the validity of the training Dickens’ received.

Politicians like to get nostalgic about the days when matrons ruled the wards, and many people would, I suspect, welcome a return to the not-too-distant days when trainee nurses lived on-site, had less of a financial struggle,and nursing was seen as a respected job, but Dickens’ book undermines a lot of this nostalgia. For one thing, the trainee nurses of Dickens’ book are seen as no more or no less competent than today’s nurses, the job comes across as being equally frantic, stressful and unpleasant, albeit not always for the same reasons, and Dickens, like numerous nurses every day, quits.

My Turn To Make The Tea does not include any rants about sexism in the newspaper industry, but that sexism is frankly acknowledged

Dickens worked in an aircraft factory during the war, but by 1951’s My Turn To Make The Tea she had moved on to local journalism, and was working as a junior reporter on The Downingham Post. Unlike the two previous books, My Turn To Make The Tea (a reference to her key duty as the only woman in the office) starts at a point when she is already ensconced in the job, and is on the receiving end of a tirade from a member of the public who she has wrongly named in a divorce case in which the wife threw a pan of cold potatoes over the husband.

Whilst providing the reader with a detailed, thoroughly unsentimental, account of local journalism, there is – at first – less in the way of conflict or impending disaster than with the previous books. Instead, it is Dickens’ home life living in a slightly squalid set of lodgings that provides a lot of the interest, and many of the more memorable character studies. There are the married acrobats, an eccentric yet unfailingly kind pair, the snappy and particular landlady, her kinder husband, and their disgruntled and foul mouthed daughter, the enigmatic young man who lives in the basement, the quiet young marrieds, and the young ballerina, amongst others, all of whom set the stage for comedy, pathos, and tragedy.

Although Dickens was outspoken on a number of issues, these three books are not explicitly political. Instead, what she was good at was a subtle form of social documentation, less explicit than her earlier literary ancestor, but equally shocking in content at times.

My Turn To Make The Tea does not include any rants about sexism in the newspaper industry, but that sexism is frankly acknowledged (she remarks fairly early on, in an extremely matter of fact way, that the editor is a “misogynist”). Likewise, Dickens doesn’t at any point state that she thinks the laws on male homosexuality or abortion (both still illegal at the time the book was published) are wrong, but the tragic fate of the young married couple, which foreshadows such gritty ’60s made-for-TV films as Cathy Come Home and Up The Junction, suggests very much that the law is killing those it claims to protect. Similarly, it is Dickens’ principles that ultimately lead to her being forced to leave her job. (A 16 year-old school leaver, who was male of course, replaced her…) Hers was a quieter rebellion than Jessica Mitford, but an equally important one that should not be ignored.

Soon after the book appeared, Dickens married a US marine officer, Roy Stratten, and moved to the country with their two adopted children. She continued to write, both novels and journalism, and, according to her biography on Wikipedia, “had strong humanitarian interests”. She worked with the NSPCC, the RSPCA and the Samaritans, the latter the subject of her 1970 novel The Listeners. She also helped to found the first US branch of the Samaritans in 1974, and is well remembered for both her adult novels and childrens novels.

Image of Medicine, bike, bicycle and camp by Suzy Brooks on Unsplash