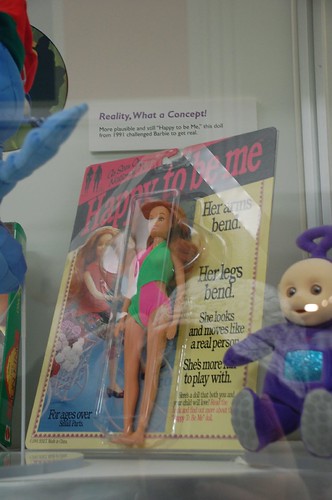 Cruel Brittania posts a photo on Flickr (shared under a Creative Commons license), of what she calls a “feminist Barbie”. From the tags, it looks like this doll lives at the Strong National Museum of Play in Rochester, New York.

The doll hardly addresses all the problems posed by Barbie (note, she’s white, still a bit on the super-thin side, etc), but her feet are not perpetually pointed, and her arms and legs bend. bigger version here.