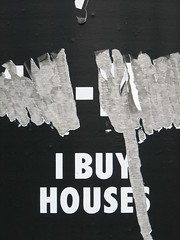 Why is it that people still get so riled up when women marry and, well, pretty much do anything except take their husbands’ name? What Tami Said reminds us that it is not just women who keep their last name that get hassle; those who hyphenate their own and their husbands’ last name provoke similar reactions.

For example, this question on Yahoo! Answers asks “Are woman [sic] who opt for hyphenated names more masculine than traditional women?” (yeah, really!)

One answer, depressingly from a woman:

(Luckily the “best answer” was a lot better)

Even worse, Tami finds a doctor complaining that women with hyphenated names cause a bit of hassle for his office and with insurers (presumably writing from the US context):

Please women, do not hyphenate your name. You will be creating nothing but problems for yourself and anyone who must deal with you.

Oh, well, if it’s inconveniencing some doctor, better just shut up and conform!

Photo by The Stakhanovite Twins, shared under a Creative Commons license