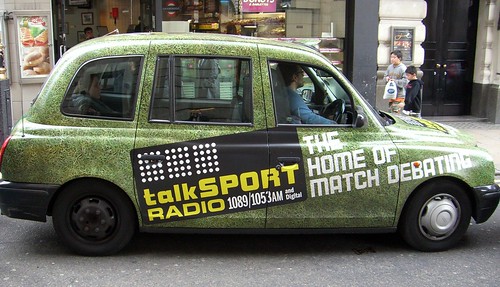 Talksport DJ James Whale has been sacked from his job for telling his listeners to vote for Boris Johnson. Apparently this constitutes a breach of the impartiality laws, who knew!?

Now I had the joy of working with Mr Whale a couple of years ago on a rather low budget panel show called Where In The World? which is still occasionally shown on SkyTV’s Overseas Property channel. Two things I remember:

1) He asked a male comic who had been a panelist to come and be a guest on his radio show. He also invited me to do so – but only if I sat in the studio naked. I declined the offer.

I just hope that this move turns out to be a genuine death knell for his career, that he’s not hired next week by an even bigger radio station.

Photo by James Cridland, shared under a creative commons license.