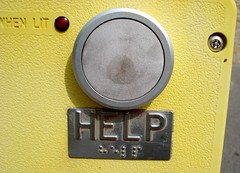 As the results of the London mayoral election sink in, Rome is still in the throes of election fever, and one candidate to run the city is proposing to outfit women with satellite tracking devices. In the event they are raped, women could set off these bracelets, and in swoops the Carabinieri to arrest the perpetrator.

As you might imagine, this measure is a bit controversial, not least because the aspiring mayor in question – Francesco Rutelli – imagines that the ‘bracelets’ would be a bit like the kind clapped onto ankles across this country via ASBOs.

Broadsheet points out that this proposal is basically an admission that the state is entirely unable to protect women:

Why not just outfit all Italian ladies — and, perhaps, children — with mace and a firearm, and do away with law enforcement altogether?

But I think Feministing most accurately pinpoints the problem with this proposal: “Once again, putting the onus on women to protect themselves from rape takes the rapist – remember him? – out of the equation. Not okay.”

Isabella Clough-Marinaro, sociologist from the American University of Rome, is reported by AKI as saying:

Women should be free to move around safely in the city, rather than having to wear some kind of panic button which provides no guarantee that the police would intervene promptly enough.

Is it too much to ask that politicians think about rape prevention in terms of how to stop men raping, rather than ever more elaborate and onerous ways – up to and including wearing weapons inside our vaginas – to reinforce to women that we must be on constant alert against rapists, and constricting how we live our lives?

Photo by Myki Roventine, shared under a Creative Commons license