Misunderstanding the problem of child abuse 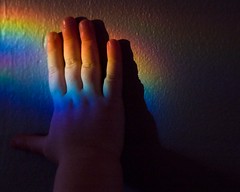 On BBC Breakfast news some parents are complaining about a booklet produced by the NSPCC designed to inform children about how to report abuse. The booklet, which adopts a youth magazine/comic book format, covers all forms of abuse but it’s the sexual abuse category that seems to have gotten people riled.

Queue a parent who’s sole point was basically, this shouldn’t be given to the under 10s (the booklet is written for the 9-11 age group). But her point was that parents should be given the right to choose about whether and how this information is distributed. Which is laudable in most families. But not in others – in some families leaving it to the parents simply won’t work because it is parents who are abusers or parents who are protecting abusers. To claim, as she implicitly does, that parents can’t be part of the problem is naive and blinkered. Lets run that again – this is a booklet on child abuse, most physical abuse is committed by parents or caregivers, neglect and emotional abuse is committed by parents or caregivers, sexual abuse can be committed by parents or caregivers. Prioritising the parent in this discussion misunderstands the intention – to inform children that their rights are not reliant on their parents allowing them access to them.

The NSPCC made clear that the booklets were sent to schools with guidance as to their use and distribution. Some school failed to follow that and that is where the most of these handful of complaint have come from. The NSPCC also “road-tested” the booklet with students and teachers before publication.