Daily Mail tells women to ‘step back and shut up’ 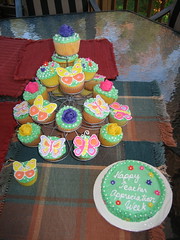 It seems that whenever men or boys fall behind women or girls in any way, the default answer must be that it’s women’s fault. The Daily Mail is normally misogyny dressed up as a newspaper, so one can argue that this small article in Saturday’s paper isn’t really worth addressing, but I think we need to keep hammering away at the idea that women are to blame for any problems affecting men and boys, and that we should only be worried about the education and development of children with testicles.

The offensive view in question belongs to a ‘parenting expert’, i.e. Celia Lashlie, a supposed education adviser and author (wow, she published a book, she MUST be right!) who suggests that female teachers talk too much, because she didn’t like spending time in classrooms with female teachers. Because, you know, as women, our voices are too high pitched, and we talk too much. Surprisingly, the answer put forward was not that she should get some ear plugs, or surprise that this woman hates other women, but that women should shut up.

For a start, why is it that nobody ever accuses men of having annoying voices? During my education and social life, I’ve met men and women with all sorts of voices, some of them annoying. But no matter how deep, or squeaky, or strange a man’s voice, you’ll never hear calls for him to shut up because he sounds annoying. Certainly you don’t hear calls for this in the media. It would be taken as standard that a man’s voice, no matter what its quality, is essential to his life, and something you put up with. Yet, women don’t get given this respect. Telling us we have annoying voices is socially acceptable, because deep down, a lot of people really do wish women would shut up.

Certainly, it makes it easier to ignore their concerns, their ideas or opinions, or complaints. The voice fixation is a convenient mask. If it weren’t you would get people asserting how much they hate some men’s voices, but since it just seems to apply to women’s voices, that should set alarm bells ringing. Whenever a standard is conveniently only applied to certain groups, it’s a big warning sign for oppression.

It can be argued that the focus on how annoying women’s voices are is the patriarchy’s way of literally trying to silence women. After all, we’ve been told for years to shut up, that the men are talking, and that we’re shrill. In case I need to spell out to someone just why this is sexist, let’s turn the tables. Imagine if, instead of exploring social factors, feminists had simply made the claim that men held women back, and annoyed women with their booming voices, so men should just shut up and step back. By labelling the instrument of someone’s expression as unacceptable, you literally silence them, since they are meant to be discouraged from participating in conversation. And this only seems to occur to women. 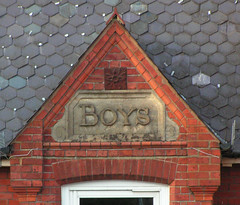 If you think about it, most women really aren’t that high pitched. But the accusation that women are shrill and should just shut up is used to literally silence women, because it is seen as an acceptable excuse to tell women to literally shut up. This silencing extends far beyond the limits of speech, since even online, one of the first things you’re likely to encounter as a feminist is some troll labelling you a ‘shrill’ woman, even though they clearly can’t hear your voice. Not liking someone’s voice is not an acceptable reason for ignoring a person or group of people, and should not be condoned by the media. We shouldn’t have to change our voices, because we are not responsible for whether someone likes our voices or not. Just like nobody has to change their clothes or hair style if I don’t like theirs.

The funny thing is that women have long been important in education, especially of younger children. From nurses and governesses to teachers later on, women have long had a role in educating boys. Funnily enough, their voices never seemed to be much of a problem, until now. Since women have been educating and bringing up competent men for thousands of years, you’d think that it’s a bit late to start blaming us for their supposed demise, especially since I doubt our voices have suddenly got squeakier. But then again, it’s much easier to ignore what someone is saying by pretending that they are hard to understand, or not worth listening to.

And the answer postulated by the ‘expert’? Get more men into the female-dominated job of teaching. This could be commendable. After all, we feminists don’t believe in isolating jobs for women only or men only. But this is entirely the wrong reason. Yes, it’s concerning that women seem to get placed in the lower-paid less respected areas of teaching, and that men tend to avoid them like the plague. But I doubt that men will suddenly flock to those posts because you tell them to, and the idea that these boys must be doing poorly because they don’t meet any men is bizarre. It ignores the social pressures on children to not study, and the fact that peer pressures on boys and girls are different. It ignores the different gender roles of boys and girls, and instead of exploring these, the ‘expert’ simply suggests allowing ‘boys to be boys’. Yeah, because the macho- man obsessed mentality isn’t already causing problems with boys. We clearly need to encourage our boys to be aggressive, feel entitled over women, and a general loathing of anybody different.

Also, why are these people only concerned about boys? Nobody was making a big deal back when boys outperformed girls. Are the people clamouring for male role models interested in whether girls and women might need female role models? I don’t see the Mail calling for more female professors and researchers, more female fire fighters and so forth, because girls need role models to aspire to fields where there are relatively few women present. In fact, they’d be the first to oppose such a move as ‘Politically Correct’. Mothers are also told not to ‘try to run their sons’ lives’. Whilst this may be good advice in moderation, it should apply to both genders, and indeed to both parents. We have parents refusing potentially life-saving vaccines because of the fear of their daughter having sex some day, and yet it’s only unacceptable to be a pushy parent if your offspring is male. The problem is, by focusing only on male children in instances like this, it gives the impression that it’s OK to be controlling of girls’ lives and that if they fell behind boys in education, that would be acceptable, too.

And finally, should women shut up, even if they are annoying? No. For a start, our precious boys will have to learn to live with women in their everyday lives, and nobody, no matter how annoying they find women, can avoid having contact with 50% of the world’s population. Women’s voices being found annoying is a symptom of how little society values women, and should be something we work towards eradicating, not something we work around or encourage. You can’t expect half the world to literally shut up and step back so that you don’t have to deal with them. I’d argue that if boys find women annoying (there’s no evidence of this in the article, it’s all about the opinions of the ‘expert’), it is especially worrying, and even more reason for them to have more contact with, and get used to women. Whatever the oppressed group some people feel uncomfortable around, the onus should be on the privileged group who feel uncomfortable to get over it. We should never ask disabled people to disappear because some people feel uncomfortable, or people of colour, or LGBTQ people, because they have the same rights to exist and be heard, and live life to the full. This, naturally, should also apply to women.

Photos by angegreene and R4vi, shared under a Creative Commons license