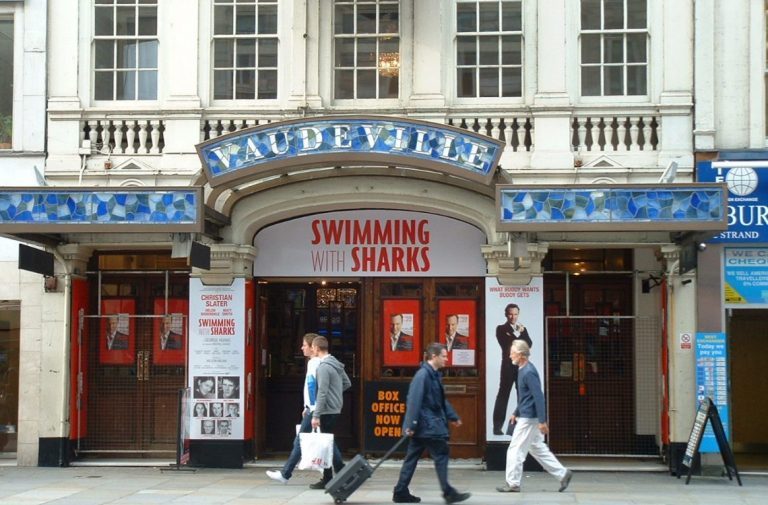 Eileen Atkins to Star in Play Inspired by Greer

Next month, Dame Eileen Atkins will be starring in a comedy said to be inspired by Germaine Greer being held hostage in her home by a student in 2000. The Female of the Species will preview at the Vaudeville Theatre on 10 July (officially opening on 16 July) and Atkins talked briefly about the play during an interview with Jonathan Ross (which you can still catch until 20 June if you click here and scroll 36 minutes into the programme).

As Eileen Atkins said in the interview, she will not really be playing Germaine Greer but a fictional “well-known feminist who’s written lots of books and changed people’s lives.” The major text authored by the character is called The Cerebral Vagina; a title which seems to attempt to evoke both The Female Eunuch and The Vagina Monologues but I would argue actually conjures up a caricature of feminism rather than any convincing-sounding feminist theory. In keeping with this, Atkins’ brief talk of feminism in the interview was all too familiar. She seemed to be tentatively emphasising feminism’s importance as a faintly embarrassing but, nonetheless, “very necessary” Thing-of-the-Past. Her implication was that we’ve achieved equality, but with the roundabout suggestion that maybe it’s not really what women want after all:

…The comedy is about what feminism has done to everybody because people are very muddled about it now. I mean, um… You know, I think it was very necessary -myself personally- and I think we needed to (pause) become more… much more equal with men but then you get equal with men and then, suddenly, a lot of women then really actually would like to be thrown across the room a couple of times or dragged along the floor… Do you know what I mean? (cue to Jonathan smiling and looking engaged) There’s a sort of feeling about them too that they also want… They want to be equal but they also want the men to top them…

Is there really anything so “sudden” about there being a lot of women who find rough treatment thrilling? (Anyone would think that Mills and Boon never existed!) Atkins seems to be implying that we now live in an egalitarian Utopia that -who’d have ever thought it?- actually makes women yearn for Real Men.

I can appreciate why Atkins may have been compelled to take a tentative approach with regard to feminism but holding up women who “like to be thrown across the room a couple of times or dragged along the floor” as possible evidence that maybe women don’t really want to be equal in society is just ridiculous. In my view, it adds to the usual scapegoating of such women as traitors to feminism when, actually, it should simply serve as a reminder that women have diverse sexual preferences! There are plenty of masochistic men around and, funnily enough, I don’t see many people making sweeping statements about men in general or men’s status in society because of their existence.

Photo by Andy Roberts, shared under a Creative Commons Licence.