New feature: Men! Feminism needs you! (Not your privilege…) 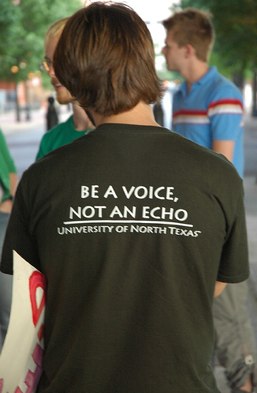 Entering a feminist space – whether that be commenting on a blog or attending a meeting – can pose some unique problems for men.

This isn’t about any one male (or occasionally female) commenter, or incident, because these issues aren’t brought up by one person and then forgotten. It hasn’t come up so often at The F-Word before, but I’ve seen the same issues and attitudes at other feminist forums, and I’m sure more experienced feminists have been dealing with them since time immemorial.

This article is inspired partly by the very useful post over at Feministe about how to be a feminist boyfriend (highly recommended reading) which has previously been mentioned at The F-Word.

The question I want to answer is how to be a pro-feminist commenter, particularly if you’re not the minority addressed. I want to say to male readers, first of all, that I do know what it is like to comment at a community, both as a member of the oppressed, and an oppressor. This is as much drawn from my experiences of finding my feet in discussions where I have privilege (white privilege, cisgender privilege, heterosexual privilege, thin privilege, able-bodied privilege and more) as it is from those where I do not. I have been both sides, as have most feminists. I know what it’s like to feel like people are attacking you, when they’re attacking a social structure, and people like you, as a group. It’s not nice, but it’s not personal (more on that later).

Click here to read on and comment. Comments have also been left open on this thread, by request of the author, Anne Onne.