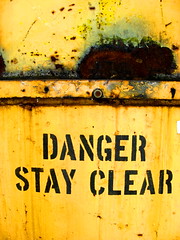 As Jess posted on Wednesday, I joined a conversation with her, Jessica of feministing, Kira of the Guardian Women’s Pages and Jemima of the techy space at the Guardian this week about ‘women on the net’. Caitlin Fitzsimmons’ write-up is a great start, but isn’t able to do the full conversation justice, so I thought I’d write out some of what I’ve been reflecting on in more detail. I had so much to say though that I’ve had to split the post into three! A full podcast of the event is available here.

You can read Part 1 here and Part 3 here.

You are your platform
It’s true that Comment is free (cif) doesn’t have an editorial policy. But it is not true that editors don’t have strong ideas about what constitutes quality content, and what is disreputable and unworthy of inclusion. The problem with misogyny on cif seems to be a result of two issues: on the one-hand, some editors appear to be less discerning than others, and definitely use a different yardstick to the paper’s editors. On the other, editors seem to be under the absurd illusion that comments are beyond their editorial purview.

On 11 April Comment is free published one of the most obscene and hateful pieces I’ve ever read. The first two sentences are:

I’m a fattist. I think fat people are just wrong.

Imagine replacing the object of discussion (very much object and nowhere near subject) with another group of people that are already the subject of ridicule and vilification. Homeless people? Rich people? Migrants? People who live in Birmingham? Can you imagine the Guardian publishing a comment piece in the paper with someone writing ‘I think ___ people are just wrong’?

Even if we accept that cif is more ‘open-minded’ about view points than the paper, on what planet does saying ‘I think x group of people are wrong’, calling them lazy, comparing them to cows (in a particularly misogynistic section of the piece), and generally mean-spiritedly mocking them (I’m not above mocking, but in a nice way) constitute an argument? Being a hater is not debating. And what in the world was cif – which really is the Guardian let’s not forget – thinking publishing a piece that insistently and personally attacks one of their own journalists – for what she looks like?!

Cif has also made the mistake of being rather light-touch in its approach to moderation in the past, which has set the tone for the community as a whole. Commenters seem quite secure in the knowledge that short of actually using a racial slur, for instance, they will generally be allowed to be disparaging along racial grounds – in other words, racist. Ditto sexism, but if anything, the threshold for what counts as sexism seems to be, maddeningly, even higher than it is for racism.

As a result, cif is now notorious for its misogyny. So much so that both Jess and Jessica, the editors of two of the most popular feminist blogs on the net, both admitted at the Guardian event on Tuesday that they are boycotting writing for cif!

I firmly believe Comment is free should take responsibility for the platform it is providing. Effectively harbouring a no-go/go-if-you-dare area for women bloggers online is a poor show for an organization with the Guardian’s resources, reputation and reach. Is the Guardian seriously suggesting that it is comfortable developing a brand that is woman-hating? Because that is the danger if the moderators aren’t offered more appropriate guidance as to what constitutes harassment and abuse, and more time to be able to actually do their moderating. With only five moderators and thirty posts a day, it’s no wonder there is such a delay in deleting abuse and such an inconsistency in what is deleted.

Makes me wonder: how does cif measure success? Is it website traffic? Notoriety? Volume of posts? Shouldn’t it be the amount/level of intelligent debate?

Update: Jessica asked me to clarify – she isn’t officially boycotting cif, but has been less keen on posting there because of the commenting culture.

Photo by The Joy Of The Mundane, shared under a Creative Commons license